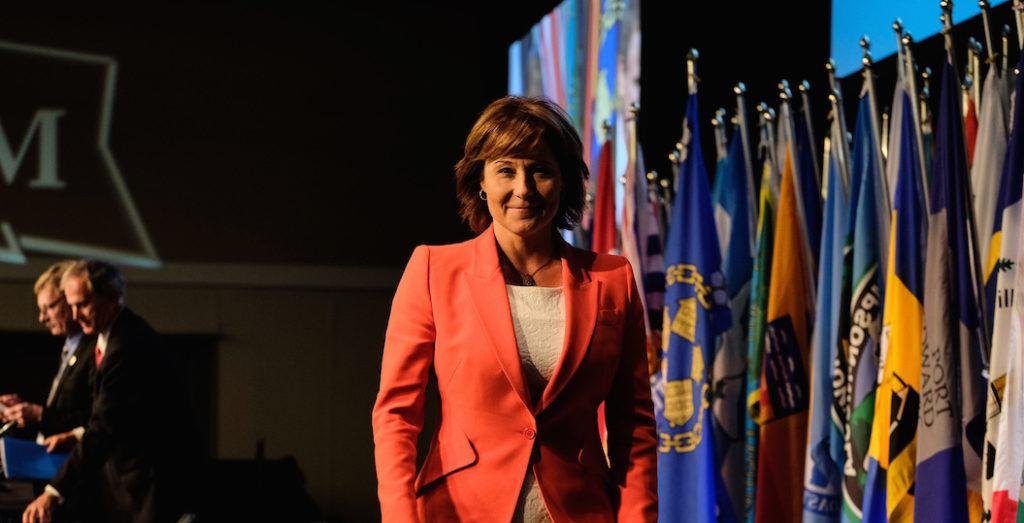 “If Kinder Morgan happens, if LNG happens, Canada – not just British Columbia and Alberta, not just Indigenous communities — every single Canadian is going to be a whole lot richer.” – Christy Clark, February 10, 2018

Look again at the date on that quote. Yes. It’s from last month.

Unfortunately for her, she has very little credibility on any of those files.

Like most women, Ms. Clark has her own story of being sexually harassed. And I have no doubt that she faced an onslaught of gender-based discrimination as a public figure. But, as Ms. Clark points out, she was the first woman to be elected premier in British Columbia and the longest serving female premier the country has seen. And with great power, we all know, comes great responsibility.

I’ve mentioned this before. Back in Fall 2016, during the run up to the American election, Ms. Clark spent a lot of time talking down Trump’s misogyny — all the while taking money from the developers of Trump Tower in Vancouver. I guess principles of sisterhood only go so far.

Don’t take it from me. Clark’s policies were roundly criticized by WAVAW Rape Crisis Centre — the warriors on the frontlines of sexualized violence against women. They quickly pointed out the faults in Clark’s boasts about her gender equitable government, which cut essential services women need: child care, family and poverty legal services, education, healthcare, the list goes on.

While Christy Clark argued the need for more women in decision-making positions, and bragged about doing so, she did not recognize the systemic barriers to women’s participation in politics, namely those she slashed the budgets of.

“Christy Clark not only neglected to support women while in power, she also made things worse for them.” – WAVAW Rape Crisis Centre

“It’s not just about pipelines.”

We knew Ms. Clark was going to approve Kinder Morgan months before she said the company met its five conditions. It’s the same reason we aren’t surprised she is trying to influence the public narrative right now. Christy Clark and her BC Liberal party collected more than $771,000 in campaign donations from the Texas pipeline company and its oil patch backers.

Is it plausible that Kinder Morgan and friends donated that money with the hope that it would help their pipeline get built? If so, Clark losing power really threw a wrench in those plans. But presumably those donors still expect a return on their “investment.”

We also know in the six months before the election, Christy Clark’s staff and ministers met with lobbyists from the Canadian Energy Producers Association, and Kinder Morgan shippers Nexen and Imperial Oil. Kinder Morgan itself even made an appearance at the office of the Premier, as well as the Ministries of Environment, Natural Gas, and Transportation and Infrastructure, mere months before the campaign.

And we know it wouldn’t be the first time Christy Clark lobbied for a pipeline company. She was, afterall, an equal partner and lobbyist for Burrard Communications, the firm that worked for Enbridge and “issues related to their Gateway Project.”

Kinder Morgan and the #MeToo movement are not unrelated. Indigenous leaders, First Nations communities, even Amnesty International, have all expressed concerns about “man camps” at resource development projects and the potential for exploitation and violence against Indigenous women they pose. Secwepemc women in the B.C. interior have vowed to shut down any Kinder Morgan man camps on their territory.

It just gets more ridiculous from here.

Just last week, Christy Clark spoke at a conference — called “REALiTY” — for the Ontario Real Estate Association. Yep, you heard that right. The event was closed to media because they “wanted to have a candid conversation with Ms. Clark,” but the organizer did release Clark’s speaking notes. Spoiler alert: she does not go into detail about how fentanyl dealers used the real estate market to launder drug money or how B.C. casinos (also big donors to her party) helped international high rollers convert duffel bags of dirty cash into down payments on luxury homes.

Fossil fuel companies and real estate developers were among Clark’s biggest campaign donors and, between B.C.’s climate leadership plan and the long time inaction to address housing inflation, they certainly seem to have had her ear on policy decisions.

We don’t know how deep the fingers of Big Money have crept, nor how long they may have a hold on a politician.

A Corruption Inquiry is the only real way to find out.

9 Responses to “Guess who’s back?”