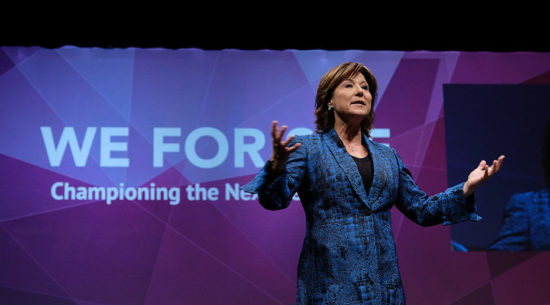 *Please note: The numbers below were based on the information available at that time. Since then, the BC Liberals have released their 2016 donor list, which include a contribution of $5000 from TA Management and $5000 from Holborn Holdings. Both cheques were written on May 5, 2016. This brings the total contributions from Trump Tower developers to Premier Clark and the BC Liberals to more than $236,000.

Originally published in the October 31, 2016 edition of The Tyee.

Premier talks the talk, but fails on real policies that lift up B.C. women

Premier Christy Clark has certainly been getting a lot of attention this past month. From speaking out against Republican candidate Donald Trump to promoting women in public service at ‘We Day’, Clark has dominated headlines with her feminist advocacy.

“It’s just really important that we have the chance to confront [what Donald Trump’s saying], to talk about it and to condemn it, so we can take another step to make sure it is not normalized behaviour.”— Premier Christy Clark, Vancouver Sun, Oct. 14, 2016

“And to girls we need to say, ‘And for you it’s going to be a little bit harder. And you are going to have to take on some of the issues that those women who have gone before you haven’t yet resolved. You have a job to do for another generation.’”— Premier Christy Clark, Vancouver Sun, Oct. 13, 2016

This seems appropriate. Clark is, after all, a female premier and this past week we celebrated Persons Day, when some women in Canada (mainly white) were officially considered “persons” and accordingly awarded the right to be elected, or appointed as was the case in 1929, to every type of political office. But, as with all rights, this comes with responsibilities.

We need more women in politics, and not just because they represent more than half the population. As women cross over from the private sphere to the public, they bring a distinct perspective based on their lived experiences. It is their responsibility to couple their lived experience with the unique power that the office provides.

Let’s look at a quick case study: Mary Ellen Spear Smith was British Columbia’s first female MLA. She won a seat for Vancouver handily in 1918. During her three terms in office, she helped establish minimum wage legislation for women, created welfare options for “deserted wives” and initiated a pension for mothers. I imagine that this must have been incredibly challenging as the first, and only, woman to hold provincial office during that time. But she got it done.

I am addressing Clark because she is a woman. She is also a woman who holds a great deal of power in this province. And there is a great responsibility that comes with this. No doubt Clark has faced a number of challenges — as a woman, as a single mother, as a media personality and as a politician. Yet she has not used her lived experience as a woman to make policy changes that could positively influence women’s lives.

Although Clark is a survivor of assault, her government has not given adequate financial support to sexual assault centres. Women Against Violence Against Women reports their crisis line annually receives calls from 4,000 women, while 200 survivors wait an average of two years for counselling.

Although she is a single mother, child care is still wildly expensive, costing Vancouverites an average of $1,290 each month. In B.C., 83 per cent of lone-parent families are headed by women and one in two B.C. children in lone-parent households live in poverty, yet social assistance rates have not been raised in more than a decade.

Minimum wage is well below the “living wage” in Metro Vancouver of $20.64, and 60 per cent of minimum wage earners in B.C. are women.

Women also make up 70 per cent of the teachers in B.C. However, between ripping up contracts, tying the teachers’ union up in legal battles, stripping the public school budget and closing schools, the Clark government’s treatment of teachers in this province has been abhorrent. As Tom Kertes wrote for The Tyee: “Beliefs about the value of certain kinds of work seem to be at the heart of this dispute. In this case, what’s being devalued is the work of teachers — a mostly women workforce that involves working with, caring for and educating young people.”

Trump Tower is being developed by the Holborn Group, a subsidiary of TA Management, part of the family-owned business started by Malaysian billionaire Datuk Tony Tiah and now run his son Joo Kim Tiah. Together, TA Management and Holborn Holdings have donated more than $226,690 to the BC Liberals*.

The project was originally to be developed under the Ritz-Carlton name, but in 2013 it was announced that Trump’s brand would adorn the building. That same year, Holborn Holdings wrote a cheque for $50,000 to the BC Liberals*. Clark is publicly calling for widespread condemnation of Donald Trump, while her party receives donations from Trump Tower developers.

So how does Clark reconcile all this? Is it all just an elaborate public relations exercise designed to appropriate the politics of feminism with no commitment to actually using the power she, as premier, has?

I think we have our answer — this autumn the B.C. legislature sits empty and the BC Liberals continue to collect donations while cutting funding to services that disproportionately affect women.

Premier Clark, you said it yourself. You have a job to do for another generation — you have a responsibility. Time to get to work.