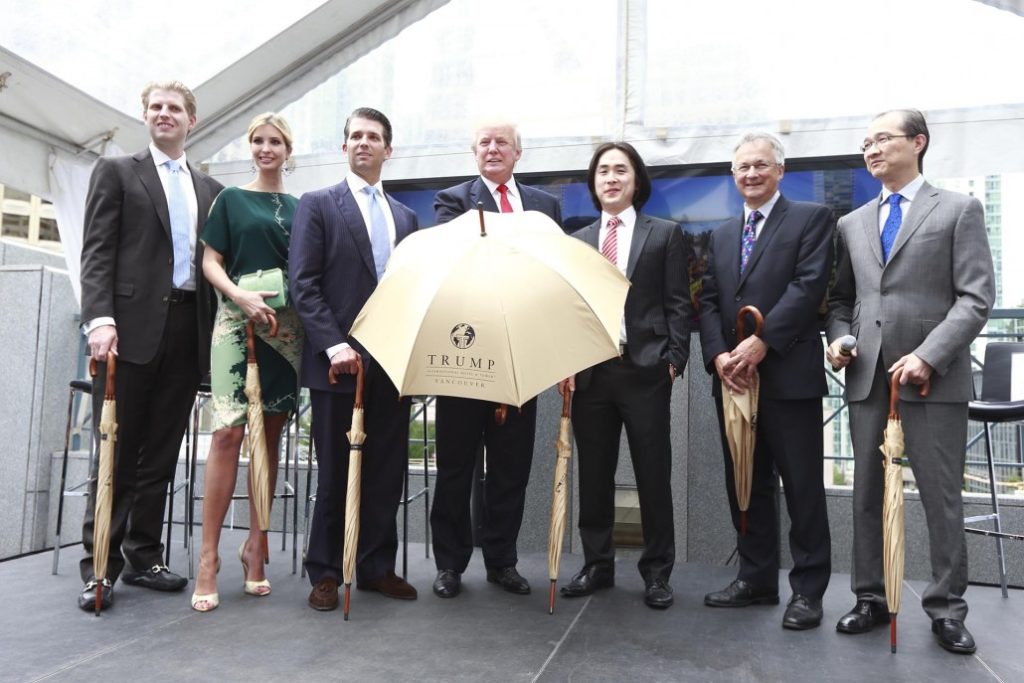 Vancouver’s Trump Tower opened in February 2017, just weeks after the new President was sworn in. The 63-storey building, bearing the name “TRUMP” in gold embossed letters, soon became a beacon for protestors. But like most Trump-branded buildings, Trump and his family do not actually own the tower. They simply lease their name to it.

This particular Trump tower, complete with a signature Ivanka Trump spa (that’s a thing), is owned by the Holborn Group, a major donor to both provincial and municipal politicians in British Columbia. Holborn and its parent company, TA Management, belong to a fabulously wealthy Malaysian family headed by controversial patriarch Datuk Tony Tiah Thee Kian. 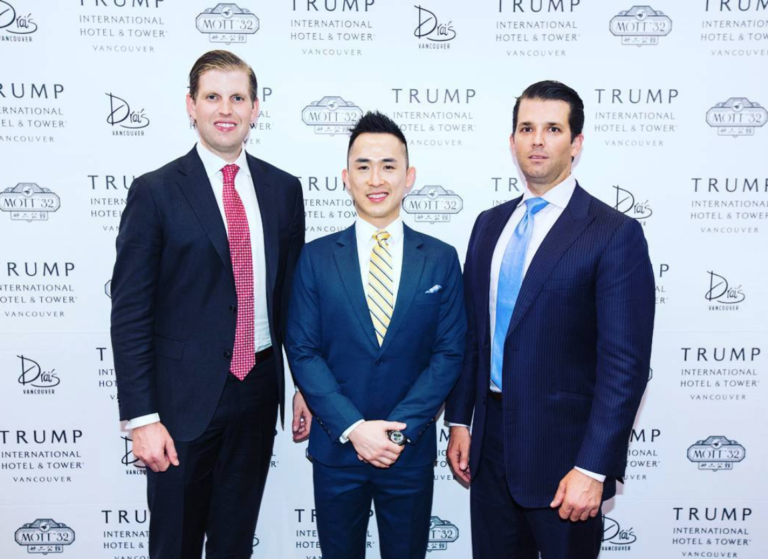 In a story that mirrors Donald Trump and his children, Tony Tiah’s son Joo Kim Tiah now runs the family’s property empire. He also signs the cheques to local politicians.

In 2013, Joo Kim Tiah began negotiations for a luxury hotel and apartment tower in Vancouver, flying to New York for a meeting with Ivanka Trump. That meeting sealed the deal for Holborn Holdings — Ivanka Trump and Joo Kim Tiah got on well and their working relationship continued: “Ivanka and myself approved everything, everything on this project,” Tiah has said.

That same year, Holborn Holdings wrote a cheque to Christy Clark’s BC Liberals for $50,000. Throughout Christy Clark’s reign as premier, between TA Management and the Holborn Group the BC Liberals received $228,000 from Tiah family companies. Clark supporters from beginning to end, the Holborn Group gave $5000 to her leadership campaign — and on the day of the last provincial election, wrote another cheque for $5000.

Fast-forward to today. Trump Tower Vancouver has been operational for more than a year. According to a CNN report, counterintelligence agents at the FBI have been investigating the notorious Vancouver development. Why? It appears those 2013 hotel negotiations were red-flagged during the process for Ivanka Trump’s White House security clearance.

CNN explains: “The FBI has been looking closely at the international business entanglements of both Ivanka Trump and her husband, Jared Kushner, to determine whether any of those deals could leave them vulnerable to pressure from foreign agents, including China, according to a US official.”

The Trump family has collected millions in royalties and management fees since units at the Vancouver tower went on sale. Tiah admits as many as ten per cent of the 217 luxury condos were purchased by international high rollers — even with B.C.’s pesky fifteen per cent tax on foreign buyers. CNN also reports that a Trump Tower condo purchaser may have had links to the Chinese government.

“The flow of foreign money, either from the developer or international condo buyers, could also be sparking scrutiny.”

British Columbians are still just scratching the surface of the international money flowing through the province’s property market and political parties. Certainly some of that cash is criminal in origin: a recent Globe and Mail report detailed how money from Chinese fentanyl dealers is laundered through Vancouver casinos and real estate. Is some of the money also coming from spies?

The fact the FBI takes seriously the possibility that foreign agents are using property purchases to exert pressure on U.S. politicians should raise parallel questions in Canada. At the very least, it may suggest some of the money flowing through the Trump Tower (and, indirectly, to B.C. politicians) originates in Beijing’s efforts to compromise the White House.

British Columbia has, thank goodness, banned Big Money from politics. But it’s still fair to ask what influence years of unlimited corporate and international donations have had on government decisions, especially when it comes to the housing crisis.

It’s reasonable to wonder why the FBI is investigating Trump Tower Vancouver and its owners. And if the FBI is asking questions about the American president and his family’s connections to Holborn Holdings, shouldn’t we be demanding the same of our leadership?