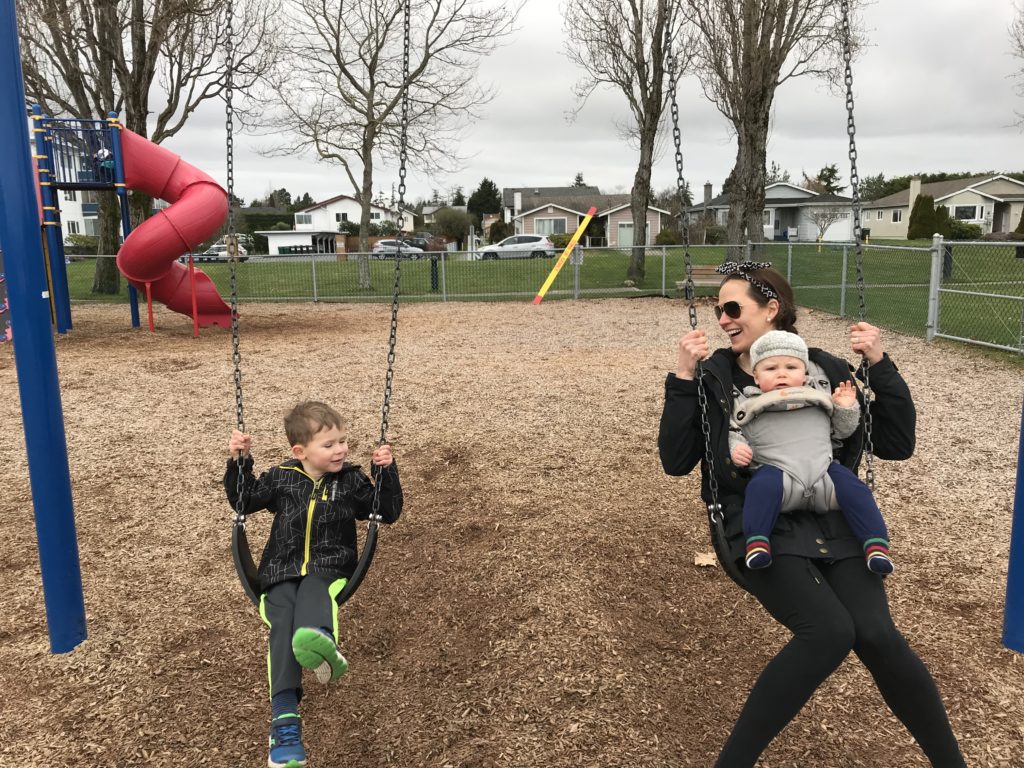 Parenting in a climate crisis

My eldest son turned four this year, and since he’s now old enough to understand that birthday parties are a thing, we threw him one.

For those not in the parent bubble, kids’ birthday parties look a little different than they used to. The days of frenzied unwrapping giving way to piles of My Little Ponies, Beanie Babies and shredded gift wrap are over. Or rare, anyway. Trending now are toonie parties, and my son’s celebration was no exception.

The idea is to have party guests forego consumer goods and instead show up with two toonies taped inside a card: one for the birthday child and one to donate to their cause of choice. Children’s Hospital, SPCA, you get the idea.

In case you haven’t already guessed, Dogwood received its first ever toonie party donation this year ($50!). No, I didn’t coach him on where to donate the money. Well, not much anyway. On his own, he told me he wanted to “help the climate”. Not the typical four year old response when asked about how to spend birthday money. But these are not typical times.

I made the decision last Christmas to start talking to my son about climate change. I had been on parental leave after having his younger brother that spring, which meant long days at home managing big feelings from small people. It was rewarding, but also draining. To help cope, I would turn on my kitchen radio to the CBC in the morning and keep it on most of the day, just to hear adult voices.

But what came from all-day news was draining, too: fires, floods, mass migration, political unrest, all rooted in some way to climate change. The world’s going to hell because of our addiction to oil, and the people with the power to stop it, don’t.

These stories could have crippled me. Hearing them made me want to turn in on myself and give up. But instead, I turned to my little humans. They need hope, and tools they can use to get themselves out of the mess we’ve created for them. So I decided it was time to have a conversation about climate.

We need to have “the talk”

A climate crisis is a tough concept for adults to grasp, not to mention little kids, but using concrete examples seemed to help my eldest son understand.

We’d blow bubbles and talk about oil tankers and the pipelines that fill them. We’d mould playdough and talk about the warming of the air and the oceans, wildfires and floods. We’d ride bikes and talk about animals disappearing from Earth, car exhaust and polar bears looking for food.

I think that is what makes me most angry — the unfairness of little kids having to clean up the mess we’ve made, assuming it’s not already too late. The two things most parents want, more than anything else, is for their children to be safe and to have a bright future. But if we continue on the way we’re going, they won’t have either. Not by a long shot.

The actions we take matter. What my kids see me doing and hear me talk about, that’s what I hope will shape them. But there are still too many people in power who are ignoring the issue. Politicians are peddling a bunch of weak policy and soft sanctions, kowtowing to oil industry fat cats. Why? Because they’re not being held accountable, not enough anyway.

Fossil fuel lobbyists riddle our political system. It’s going to take a major shake up to loosen their oily hands off the wheel and give us a chance to right this ship.

We need to take action, letting all candidates running for office know that dodging responsibility on climate action is political suicide. Otherwise, governments will keep dragging their feet, sealing the fate of my kids and billions more. Enough already.

We all deserve hope. But on top of that, we need a clear vision that unites us and guides us out of this climate mess. And we need to stop letting the government dole out the money we give them in taxes to oil companies that keep pumping out the problem. Duh.

Being new to the fight, my son has already come up with a few ideas to help. Recently he said to me “Mummy, I’d like my first car to be electric. That way I can drive you to your job digging up pipelines.” I said “Sounds great, buddy.” He had most of it right, anyway.

Take meaningful action now: Tell our Environment Minister, Catherine McKenna, that our future and that of our kids does not include propping up oil companies with our tax dollars.