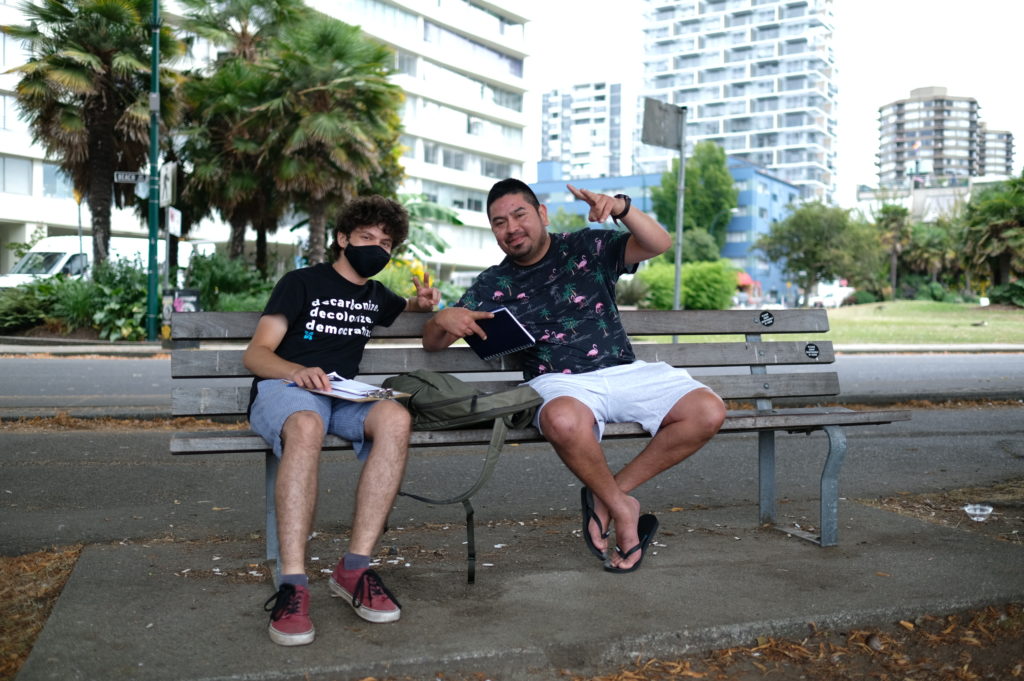 I’m a sixteen-year-old high school student in Burnaby, B.C. In 2019, I joined the youth climate strikes that brought a million Canadians out into the streets shortly before the last federal election. Now, voters are headed to the polls again as many parts of the country are still reeling from a summer filled with wildfires, droughts and deadly heatwaves. Disasters like these are going to shape my future — so my generation and I are looking for leaders who have the courage to do what it takes to face the climate emergency.

Last month, the world’s top climate scientists declared a ‘code red’ for humanity, and they were crystal clear about what we need to do to put the brakes on climate change: stop extracting and burning fossil fuels. Instead of more denial or delay, it’s time to start listening and acting on the science, and in Canada that starts with cancelling the Trans Mountain pipeline and oil tanker project.

Right now, Trans Mountain is less than one-third built. If completed, not only will it destroy Canada’s chances of ever meeting its emission reduction targets, but recent studies have shown that very few permanent jobs will be created, and every minute the project stays alive it makes less economic sense. To top it off, the project does not have the consent of all the Indigenous communities whose lands, territories and other resources are affected.

If you support bold climate action in Canada, you stand — unequivocally — against Trans Mountain. Period.

Where the party leaders stand

Justin Trudeau’s Liberals have pitched themselves as climate leaders with policies like the carbon tax and setting a target of net zero by 2050. But they have presided over six years of growing greenhouse gas emissions, and they are building a brand new bitumen pipeline that is designed to enable the expansion of the Alberta oilsands — with $16 billion dollars of public money.

The Green Party has committed to cancel all new pipelines, beginning with Trans Mountain — and ban fracking, stop new oil exploration and end bitumen production in Canada by 2035 at the latest. Even the Bloc Québécois has pledged to scrap TMX and give the rest of the construction budget to Alberta to kickstart a just transition to clean energy.

On the campaign trail, Jagmeet Singh has promised to end fossil fuel subsidies and has said he opposes Trans Mountain — but has refused to commit to cancelling it if he is elected. Meanwhile, the majority of NDP candidates in B.C. have set themselves apart from their leader, joining the 200+ prospective MPs across the country who have signed a pledge to fight to scrap TMX.

Will Jagmeet Singh show us he’d be different?

Where does that leave the NDP in the eyes of young Canadian voters looking for a climate leader for our generation?

Jagmeet Singh and the NDP have the power to lead Canada’s fight for climate action. The NDP has deep ties to unions and workers, who will need to play a key role in the transition to renewable energy. Mr. Singh has the platform and popularity to sway young voters — who, polls show, are key to NDP gains in this election. He can appeal to voters disillusioned by the gulf between the Liberals’ climate rhetoric and their actions — but only if he makes it clear how an NDP government would be different.

The question for many young people is whether Jagmeet Singh will stand up to Big Oil in a way the Liberals never would, and shake off the perception that the climate crisis isn’t a priority for him. Making a clear commitment to cancel Trans Mountain and redirect those billions to a just transition for workers would show that Mr. Singh and his party will take the climate emergency seriously. And that’s what my generation is looking for.

One response to “Jagmeet Singh needs youth. We need a climate emergency leader.”