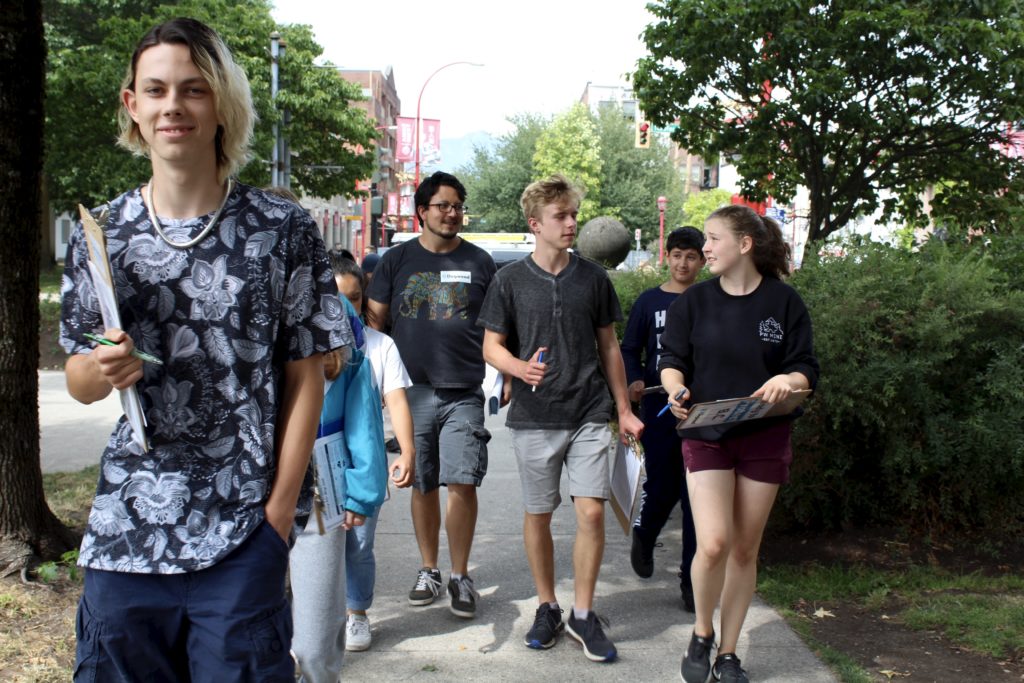 Why I won’t be voting today

On October 21, many Canadians will head to the polls to vote for their MP — but many people living in Canada won’t.

They’re not politically apathetic. Some don’t have the right. For others the act of voting is to participate in the very system that sought to erase their families. Whatever the reason, it doesn’t mean that they’re politically checked out. They’re changing the system through various means in creative ways.

Since confederation, the history of Canadian voting rights has generally been one of exclusion. A right originally reserved for white men who owned property. Enshrined in the Indian Act of 1876 was the idea that Indigenous people were wards of the state, incapable of handling their own affairs. This meant Indigenous people did not have the right to vote in provincial or federal elections. The government amended the act to gradually grant voting rights to some.

The catch? Any Indigenous person who wanted to vote had to be stripped of their Indian status first. The logic was to force Indigenous people to choose between their inherent rights — and assimilation. In essence, gaining the right to vote was the dispossession of one’s status, culture, land rights and identity.

Enfranchisement was initially optional. Very few stepped forward to participate. From there on the government made enfranchisement mandatory for anyone with a degree.

Terrill Tailfeathers is Blackfoot from the Blood (Kainai) tribe and describes himself as a Treaty Indian. He maintains a popular Twitter account commenting on Canadian politics, but does not identify as Canadian. Tailfeathers says “as long as the Indian Act exists and my nation’s sovereignty is intact, I will not cast a vote in a colonizer election.

“I feel that Canada giving us the right to vote and citizenship was to help in the assimilation of my people. I feel very strongly that it is not my system to participate in as long as the settler state is responsible for the suffering and deaths of my people.”

Canada prides itself as being a paragon of multiculturalism and internationalism. Every year hundreds of thousands of people come to Canada. But do we value them all similarly?

The discussion of whether an immigrant is worthy of status in Canada often comes down to their economic productivity. Model immigrants are often celebrated by the Canadian public. One example is a Syrian family with a chocolate business based out of Nova Scotia. Liberal leader Justin Trudeau has touted them as the quintessential immigrant family, successfully assimilated and economically independent. Their business acumen puts the family in the category of ‘good immigrant’, as assets Canadians can be proud of.

So what about immigrants without citizenship? On permits or visas. Some are permanent residents. They all contribute to society in a number of ways. But none of them can vote.

Dogwood organizer Luis is originally from Mexico City. He’s lived in Canada for ten years. But in order for Luis to begin the path to citizenship, he’ll have to participate in Canadian immigration’s point system, which in some ways ranks an applicant based on their financial and social status.

“[The federal election] is my 5th election since 2015,” Luis says. None of which he’s been able to participate in. “I crave desperately to be able to look at my representatives in their eyes, shake their hands, and tell them the truth: I trust you, I voted for you and we are counting on you”.

But in the meantime, Luis must circumnavigate that barrier:

“I am able to shape our system and our democracy [through] public discourse. [B]y speaking to people about politics, and helping them get organized around the issues that they want to see changed I work both alongside and outside the system. It’s like Schrodinger’s box. You know there is something happening in there, and it could be both at the same time or neither. The beauty about electoral politics is that you don’t know until way down the line if you affected the system from the outside or from the inside, or both.”

Only 11 years remain to take bold action against climate change. The choices adults make today are consequences young people have to face in the coming decades. But unlike adults, they can’t make decisions on climate change, and other policies that affect them. That’s because they don’t have the legal right to vote. Youth around the world have started organizing school walkouts and marches in response.

Mira is 15 years old and leads government relations for Vote16, a youth-led campaign working to lower the voting age in B.C.

“I got involved in political movements because I’ve always been very involved in social justice.”

Despite not being eligible to participate in elections, Mira believes that voting plays an important part in making change in the world. She thinks folks should participate if they have the opportunity.

Mira also recognizes that while “voting is a big part in making change, it isn’t the only way.” For Mira, that means hitting the streets to canvass on lowering the voting age. It also means meeting with elected officials to encourage those who can vote to represent her voice and push towards generational equity in B.C.

It starts on election day

While voting is an important part of democratic participation, it’s certainly not the only one. And for many, it’s not the most useful mechanism for advancing progressive social change. It’s what happens outside election day that can make the biggest impact.

Depending on the outcome of this election, we could find ourselves in a minority government scenario. Historically, minority governments result in more collaboration between parties and more progressive policies. Beginning Tuesday, October 22, we’ll need to step up to the plate and make sure our MPs hear what matters to us — including our neighbours, friends and family members who can’t or don’t vote.