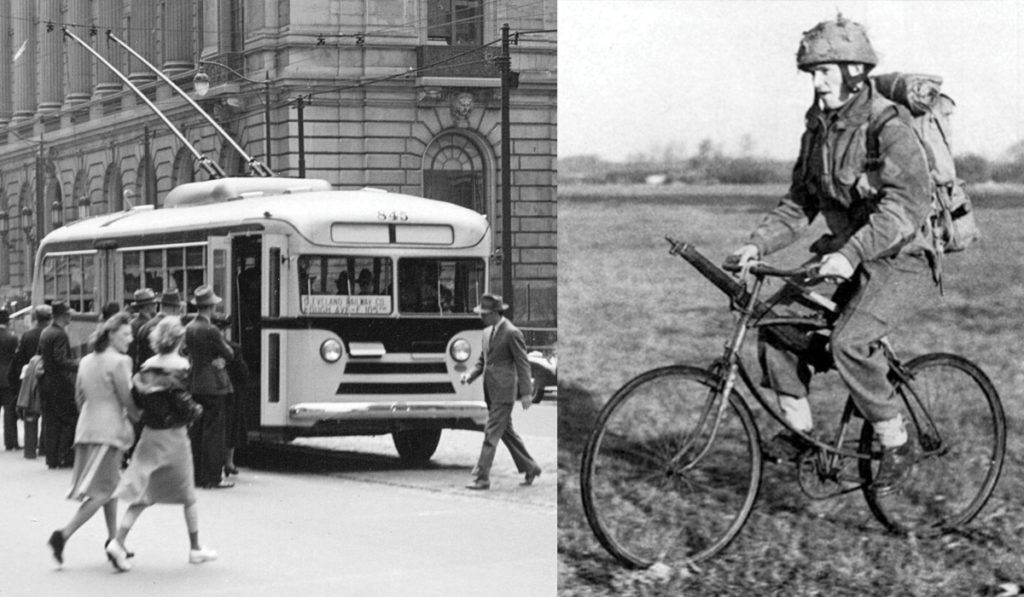 The urgent battle to decarbonize B.C.

Time for emergency measures, at every level of society, to burn less oil and gas

“Our government is working hard every day to build real climate action into everything we do,” Premier John Horgan wrote in fall 2019. That was after more than 100,000 youth climate strikers brought downtown Vancouver to a standstill. “I feel inspired,” Horgan said. Then his government increased taxpayer subsidies to oil and gas companies to a record $1 billion a year.

If “climate action” means more fracking, more pipelines, more oil tankers, more clearcuts and more greenhouse gas emissions, then the words have lost all meaning. If “real climate action” is spending $16 billion to flood the graves and farmland of Treaty 8, or launching militarized raids on Indigenous pipeline opponents, then we need a new set of demands.

Whatever politicians have in their heads, our survival requires that we stop digging up and burning coal, oil and gas. Horgan’s own climate plan calls for province-wide emissions of carbon dioxide equivalent (CO2e) to drop to 53.3 million tonnes by 2025. B.C. is at 67.9 million tonnes a year and climbing. Something has to give.

Where do we start?

It’s time for concrete, specific language. We need to move goods and people using electric motors, not gasoline or diesel. We need to heat the air inside our homes and buildings using electricity, not oil or methane gas. You can call it ‘electrification’ or ‘decarbonizing’ but it needs to start now, at whatever scale we can take action today.

Our volunteer Local Power teams and Dogwood’s “Decarbonize B.C.” workshop series offer resources and support for you to cut carbon, improve your family’s health and spend less money on fossil fuels. These local actions can help you think differently about energy on a larger scale. They can influence your friends and neighbours, contributing to a cultural shift.

At the same time we can’t lose sight of the big picture. Residential buildings release 4.1 million tonnes of CO2e a year. “Light-duty” gasoline and diesel cars, trucks and motorcycles release 10 million tonnes. Even if all of us cut our household emissions to zero, B.C. will still miss its 2025 target if we don’t force corporations to do their part, too. 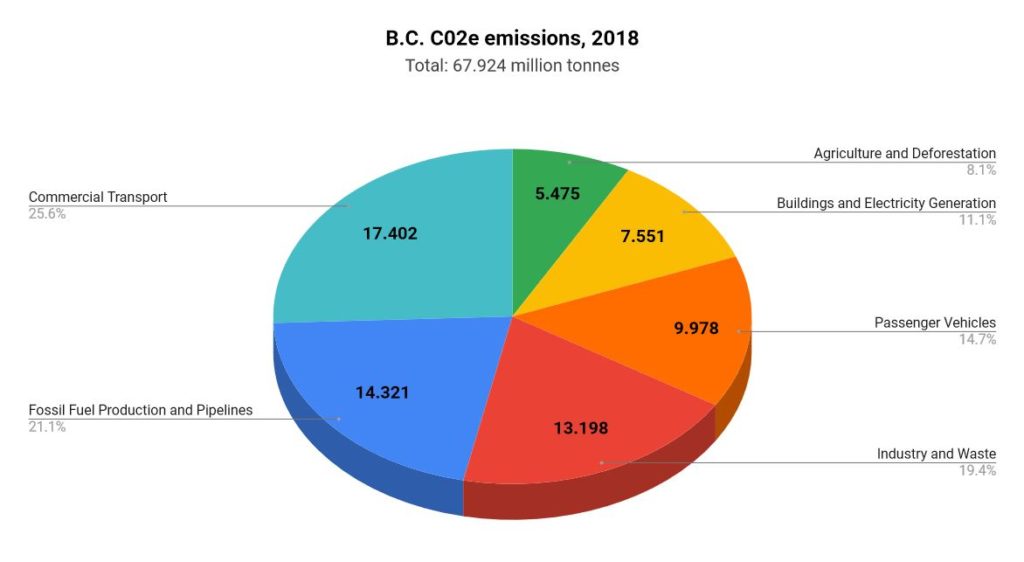 Fossil fuel extraction, refining and pipeline transport in B.C. belch out 14.3 million tonnes a year. That doesn’t count vehicles and heavy machinery used in coal, oil or gas production, railway transport or the emissions released by actually burning these projects. And it doesn’t include anything built after 2018.

So we need to do three things at once:

Right now our movement is losing on all of these fronts. At Dogwood we believe that regaining our momentum will require different strategies, tactics and language than we’ve used up to now.

Where do we stand?

COVID-19 has killed more than 22,000 Canadians and sickened many more. At the same time, the pandemic has accelerated a massive transfer of wealth from the poorest, most precarious wage earners to the very rich. And it has consolidated political power in the hands of our ruling elite like nothing we have seen in our lifetimes.

People have spent a year either stuck at home, or risking their health to work in jobs that can’t be automated or done remotely. The most effective strategy for organizing everyday people – face-to-face conversations – has largely been off the table. Most people are focused on daily survival, not politics.

It’s no surprise that voter turnout hit an all-time low in B.C.’s snap pandemic election. The government now holds an unassailable majority in the legislature for the next four years – unless BC NDP MLAs break ranks. That will not happen unless labour and social movements build and demonstrate power in a way that has been difficult in the shadow of COVID.

It’s not all bad news. In recent weeks Indigenous youth forced Trans Mountain to beg the Canadian Energy Regulator to keep the names of its insurers secret, after peaceful actions highlighted this weak link in the company’s finances. The Braided Warriors have claimed public space, highlighted Canada’s ongoing violations of Indigenous rights, outmaneuvered police and rapidly built support among activists hungry for leadership.

Their blockades of rail lines and the Port of Vancouver, like the #ShutDownCanada actions in response to the RCMP raid on Wet’suwet’en territory last year, expose some simple truths:

Pound for pound, these youth are doing more to add risk, cost and delay to the already-fragile Trans Mountain pipeline and oil tanker project than most of us. But they are also targets for police brutality and draconian court charges because of the racism built into our colonial institutions. That makes it doubly important that people from all walks of life support and stand with them.

The pandemic has also exposed how crucial it is for kids to be in classrooms for the larger economy to function. Students have serious leverage over a whole range of issues if they choose to employ tactics again in future like school walkouts and school strikes.

In the meantime warmer weather, loosening public health restrictions and the rollout of vaccines will soon make it safe for more people to leave the house and re-engage in social and political activities. Trans Mountain opponents across the province are finding safe ways to express their opposition, and we’ve seen a flurry of outdoor actions and spontaneous resistance.

By summer we should have a broader range of organizing options – and far more people ready to take a stand.

What to guard against

As clear as our goals are, industry and politicians will try to offer diversions to siphon off public support and prolong the status quo. They use words like “net zero,” “emissions intensity” or the all-purpose “climate action”.

Be wary of anyone who tells you the climate emergency can be solved by an accounting trick, some new technological marvel, or other measures that leave our lives essentially unchanged. Schemes to store pollution underground or offset emissions with carbon credits often conceal big corporate subsidies. Besides, it’s like trying to bail out the Titanic with a teaspoon.

So long as we are digging up and burning more and more fossil fuel, the earth will continue to trap more heat from the sun than it can release back into space. That will render large swathes of our planet uninhabitable, triggering waves of human migration, death, illness, ecosystem collapse and natural disasters – whether or not governments spend our tax dollars on carbon offsets.

Speaking of death, be wary of climate fatalists and doomsday preppers who just want to ‘ride it out’ in a bunker. That kind of individualism is toxic to the collective struggle we must undertake. And don’t give an inch to eco-fascists and others trying to twist the climate crisis into a reason to kill, abandon or control the people they already hate. Racism and bigotry will only poison the solidarity we need to face this shared threat.

Finally, ignore people who say our efforts don’t make a difference because “people over there” are still burning fossil fuels. B.C. is a wealthy democracy with big hydroelectric reservoirs and lots of potential for other renewable energy. Our modest climate target – to reduce emissions by half in the next nine years – is entirely possible with the technology, skilled workforce and policy tools we already have.

We should be setting an example for other jurisdictions, while sharing anything that works – including political strategies and organizing tactics – that make it possible to provide a better life to millions of people with less fossil fuel.

We’ve done it before

During World War II my grandfather Bob was a high school student and civil defence volunteer. His job was to bike around Port Coquitlam in the evening, turning off streetlights. This was to save energy for the factories, and make it harder for enemy bombers to navigate.

It may surprise you to see an electric trolley bus in downtown Vancouver in the 1940s. Some of the technology employed to save fuel for the war effort works just as well in a climate crisis. Victory gardens (and rationing of things like yeast and toilet paper) made a big comeback last summer during the pandemic. So did bicycles, although now you can get ones with range-extending electric motors.

Some of the values held by B.C.’ers at the time could also help us now: cooperation, sacrifice, collective struggle. Many people who have lived through wars and other major historic events describe a sense of purpose that is missing for many of us in 2021. The urgent battle to decarbonize B.C. requires us to find that spirit again.

We’ll have more to say in the coming weeks about the other two parts of Dogwood’s forthcoming strategic framework: decolonizing and democratizing our province. The three work together. Stopping fossil fuel expansion, or driving down emissions, is infinitely more difficult if colonial institutions and corporations hold all the power.

The only way to balance out those forces is by pooling our individual capacity into something larger than ourselves. Unions, faith groups, political parties, Indigenous systems of government, social movements and civil society organizations all play this important role. We hope Dogwood can bring significant people power to the table as we have in the past, and look forward to collaborating with all the groups fighting for our collective future.

3 Responses to “The urgent battle to decarbonize B.C.”