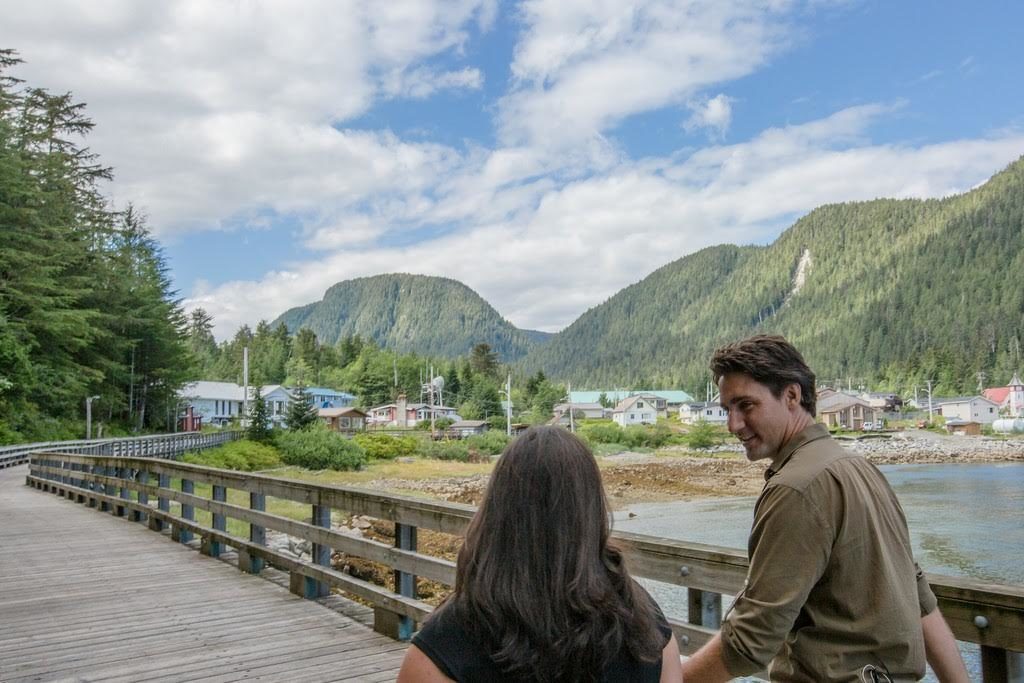 The final inch to the finish line

I got emotional when I heard that only 10 days after becoming prime minister, Justin Trudeau ordered his ministers to “formalize the moratorium” on crude oil tanker traffic through B.C.’s north coast. The announcement brought tears to my eyes because with a stroke of the pen, the ministers’ mandate letters turned an aspirational campaign promise into the official policy of the government of Canada and brought our decade-long No Tankers campaign within inches of success.

Inches matter in these battles. Back when the campaign first started, I would often close my speeches by guaranteeing if everyone in the room agreed to step just one inch outside their comfort zone – did that one extra thing they had been reluctant to do before – that I guaranteed Enbridge would never be built.

For a long time that seemed like a crazy pledge. For a decade we all felt like goalies facing a 5 on 3 overtime power play in the Stanley Cup final. One misstep and our opponents would jam the puck over the goal line and we would lose. With Prime Minister Justin Trudeau’s ministerial instructions, I feel like our penalty killers just got possession of the puck and can see clear ice and an empty net ahead.

With Harper gone it’s enticing to take a quick shot from the redline, but we have to be careful. If we’re even an inch off the right trajectory we’ll miss the goal. While it might be tempting to act quickly and formalize a northern tanker ban with an order in council, the better option is to wait until Parliament reconvenes and entrench it in legislation.

The legislative option ensures the tanker ban becomes binding, enforceable and durable against future government’s political whims. The distinction between these two approaches may seem like trivial quibbling over inches, but British Columbians haven’t been fighting for a tanker-free north coast for a decade to see their efforts wasted. Unsympathetic future governments in Ottawa could undo an order in council with the stroke of a pen.

As I tearfully read about Trudeau’s No Tanker announcement I was reminded of the first time I cried tears of joy over Enbridge. I flashed back to the beginning of the campaign in 2002. Jessica Clogg from WCEL and I flew up to Smithers to brief the Wet’suwet’en hereditary chiefs on their best opportunities to force the federal and provincial Crown to finally address their century-long struggle for title and rights.

We’d identified Enbridge’s aspirations for a pipeline and a west coast tanker terminal in Kitimat as both the biggest threat and biggest opportunity for the Wet’suwet’en chiefs. The proposal threatened many important Wet’suwet’en cultural and fishing sites but it also presented many strategic advantages:

After completing our presentation to the chiefs we waited. We were anxious. At this point the public was largely unaware of Enbridge’s proposal, no groups were running a campaign against it and it would be years before the controversy made it onto the media’s radar. After conversing amongst themselves in the Wet’suwet’en language, the chiefs told Jessica and I that they were prepared to fight Enbridge with everything they had. I cried.

Since that tearful beginning with the Wet’suwet’en, the wall of First Nations publicly committed to doing everything necessary to stop the Enbridge has grown to be almost 1000 km wide. That’s a lot of inches.

That wall has been fortified as First Nations passed their own laws banning oil tankers. This gives the Trudeau government an opportunity to act upon two promises: to “renew the relationship between Canada and Indigenous Peoples,” and to “formalize the moratorium” by passing legislation creating a binding, enforceable and durable ban on oil tankers. The Dogwood #GoodbyeEnbridge petition calling for just that already has more than 20,000 signers.

As we near our goal, I’m reminded of another moment from the early days of the No Tanker campaign. Toward the end of my first meeting with then Enbridge CEO Patrick Daniel, I asked, “You are aware, aren’t you, that Enbridge has to get approvals from the feds and province; and get all the affected communities and First Nations on side, and then Enbridge has to build approximately 1,173 km of pipeline through some of the most difficult terrain ever attempted. In contrast, all we the opposition have to do is to STOP ONE INCH.”

Daniel’s response was illuminating: “I’m painfully aware of that.”

The Enbridge CEO said he understood this massive problem, but his company’s subsequent missteps in engaging First Nations and affected communities – along with their tone deaf claim that the project is still a go regardless of Trudeau’s announcement – shows he didn’t.

Enbridge is right about one thing though. Currently there are no laws in place to stop them from proceeding as planned. We need to act fast to change that.

Back in 1972, in response to a previous ill-advised attempt to push through a west coast oil port, Prime Minister Pierre Trudeau announced a moratorium on crude oil tanker traffic in the Hecate Strait, Queen Charlotte Sound and Douglas Channel. Although it was not well documented, six consecutive Liberal and Conservative governments respected it. Numerous government documents from this period confirm its existence.

When Harper came to power in 2006, he claimed the legal standing of the moratorium was ambiguous, and ignored it, turning his misguided dream of a west coast oil terminal into a partisan political football.

Now it’s time for the Parliament of Canada to stand together and enact legislation that provides binding, enforceable and durable protection to the fragile, spectacular, northern coastal waters so many British Columbians of all political leanings have fought for decades to protect. We believe Liberal, NDP, Green – and even possibly some Conservative – Parliamentarians will stand up for B.C. and vote in favour of a legislated oil tanker ban in northern coastal waters.

More than a decade later, hundreds of thousands of British Columbians have accepted my challenge and stepped well more than an inch outside their comfort zone to make sure Enbridge never gets built. We can’t take our eye off the finish line now. Until there’s legislation, our coastal communities remain at risk.

Dogwood Initiative teams from across B.C. will be pushing their newly elected representatives to help move the No Tanker campaign that last inch forward to the finish line. Dogwood Initiative will continue to keep the pressure on in key MP’s ridings, in the hallways of parliament, through the airways and in the boar
drooms – wherever decisions are made – to close out Enbridge forever. While there is still work to be done to move a legislated tanker ban from rhetoric to reality, with your help, I’m optimistic it will happen sooner rather than later.