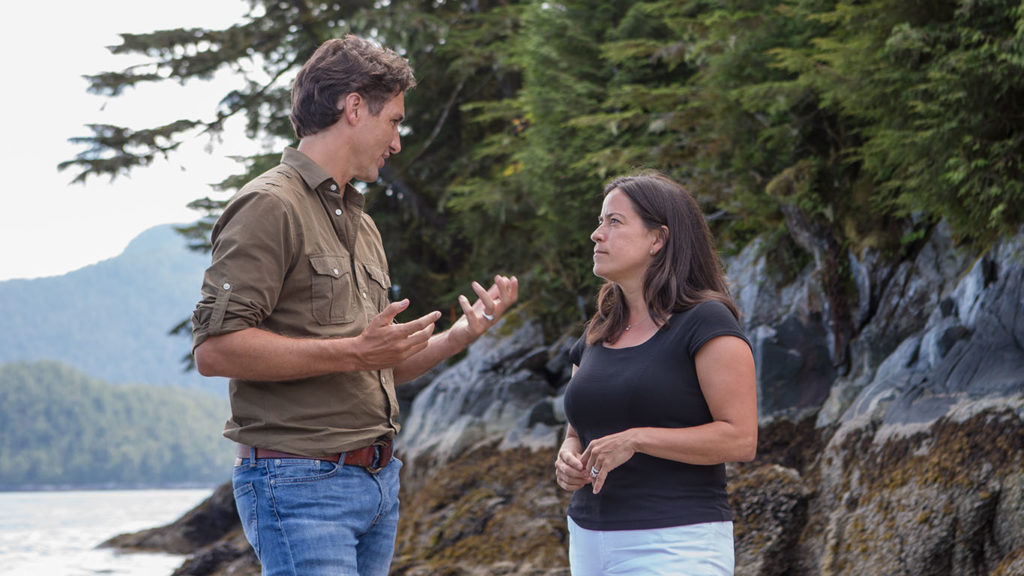 Wilson-Raybould shows us how power really works in Ottawa

I, like many Canadians, sat in awe during the testimony of former Attorney General and Minister of Justice Jody Wilson-Raybould last week. I was impressed by her courage, her commitment to ethics, her attention to detail and her perseverance. I was not, however, surprised by her story.

In B.C., everyday people are getting pretty used to being walked all over by corporations, CEOs and lobbyists. And we are unsurprised when politicians hold the door open for them to stomp all over us. This has happened in the ‘Wild West’ for decades, especially before we banned Big Money in politics and changed campaign donation laws.

And now, thanks to Ms. Wilson-Raybould, we are getting a glimpse of how decisions are really made in Ottawa.

Wilson-Raybould’s testimony opens up a whole host of uncomfortable questions: If SNC-Lavalin was granted that much access to high-ranking ministers and PMO officials, what other corporations have similar power over our decision makers?

In British Columbia, we automatically think of the largest corporate give-away in recent memory: Trudeau’s $4.4 billion purchase of the Trans Mountain pipeline. But were Big Oil lobbyists afforded the same access as SNC-Lavalin?

The answer is: more.

SNC-Lavalin, Trans Mountain: By the numbers

In 2017 SNC-Lavalin sent a letter asking the new Public Services Minister, Carla Qualtrough, to change the country’s anti-corruption laws “as expeditiously as possible.” The company wanted the option of a Deferred Prosecution Agreement in Canada — a wish it was granted in the following budget.

Pressure from the construction giant didn’t stop there. Over the past 12 months, federal officials met with SNC-Lavalin a total of 89 times. Almost all these meetings were with Neil Bruce, the President and CEO of SNC-Lavalin, who came to SNC from the oil & gas industry. One of his stated purpose for these meetings included “policy changes related to white collar crime.”

SNC wanted special treatment from the federal government. They wanted a way to escape criminal corruption charges, so they could continue to bid on multi-billion dollar public contracts. As Attorney General, Jody Wilson-Raybould had the power to refuse to interfere in the prosecution against SNC. But what if that decision had been up to the whole cabinet?

Oil companies also want something from the federal government. Oil producers want as many pipelines as possible to Gulf Coast and California refineries, so they can expand exports of heavy crude before global climate action renders it worthless. How many times have those companies lobbied government to build them a pipeline? A lot more than SNC-Lavalin.

I filtered these meetings down to only include lobbyists who specified “Trans Mountain” in their registration. I also included the Canadian Energy Pipeline Association in my calculations. While their registration does not explicitly mention the Trans Mountain pipeline, the lobby group has been very public in their support for the project. Their lobby records do include seeking changes to laws that are directly related to the pipeline and tanker project and the National Energy Board.

The total number of meetings between industry lobbyists and the government related to Trans Mountain in the past year is 356 — four times the meetings granted to SNC-Lavalin.

Testimony from Justin Trudeau’s former Principal Secretary, Gerald Butts, seems to suggest that last summer, the Prime Minister’s Office was far more concerned with pipeline expansion than it was in obstructing the SNC-Lavalin prosecution.

In his testimony to the Justice Committee, Gerald Butts outlined the number of meetings the PMO’s office had with the finance minister’s office in the weeks leading up to the purchase of Trans Mountain: “On the TMX acquisition… I would say probably 100.” Talk about consistent and sustained pressure.

Butts was offering this information in an effort to put the ten meetings the PMO had with the Attorney General about SNC-Lavalin in context.

This is not intended to be an apples-to-apples comparison. I’ve identified ten different companies and industry associations lobbying for the Trans Mountain pipeline and tanker expansion project. SNC-Lavalin appears to have acted alone.

Still, the SNC example hints at the scale of lobbyist pressure influencing legislation and big decisions in Ottawa.

Wilson-Raybould described to Canadians how she saw things: SNC-Lavalin threatened the government and Trudeau bent to their whim — hiding a get-out-of-jail-free card law in an omnibus budget bill and then pressuring the Attorney General to use it.

To British Columbians this story is all too familiar. A Texas-based pipeline company threatens the government and Trudeau jumps. How high? Trudeau was taken for a fool, paying $4.4 billion to buy the 65 year-old leaky pipeline — and the rights to an expansion that was halted by the courts. This time, however, it was easier to get the minister responsible onboard — Bay Street CEO Bill Morneau is no Jody Wilson-Raybould.

Presumably also in lockstep was Morneau’s chief of staff, Ben Chin. Chin was explicitly and repeatedly named in Wilson-Raybould’s testimony as pressuring her and her chief of staff to offer SNC-Lavalin a DPA. He is recorded as being part of multiple lobbyist meetings with both SNC-Lavalin — and oil interests lobbying for Trans Mountain. And to British Columbians, he might be even more familiar. The former news anchor was Christy Clark’s executive director of communications.

Jobs are important. It’s true. But Canadians need to ask ourselves what kind of jobs we want. Do we want employment at any cost, even if it is building prisons in Libya for a murderous dictator? What if it’s working on construction contracts bought from politicians by mob bosses? What if those jobs hasten the disintegration of our climate and ecosystems, the extinction of other species or the death and displacement of millions of people?

We need to ask ourselves what kind of jobs — what kind of country — we want. No matter how many meetings or illegal campaign donations CEOs and lobbyists can cough up, politicians work for us. And Canadians are demanding better of our government. We are no longer going to put up with corporations who blackmail us to get their way, or corruption and greed from politicians who talk out of both sides of their mouth, at the expense of our ethics, our laws, our health, our communities or our futures.

Trudeau’s Liberals are up for re-election in just eight short months. And as has become clear from Wilson-Raybould’s testimony, Trudeau is truly worried about only one job: his. If his party is capable of breaking free from the clutches of corporate lobbyists, now is the time to prove it. Otherwise, this government could be a one-term wonder.