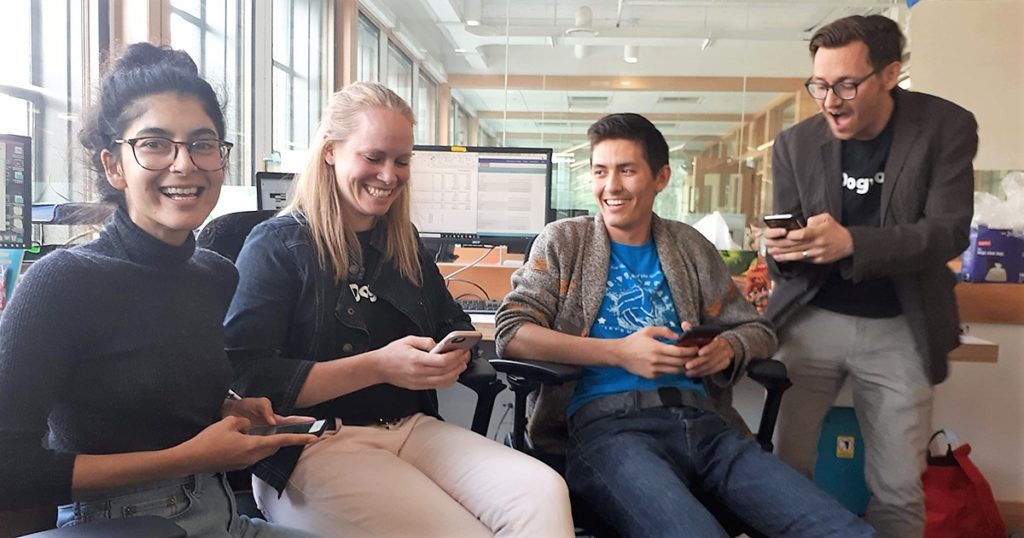 Top priority for reform supporters? Connecting with British Columbians under 35.

“British Columbians split on whether to change our voting system,” announced the News 1130 headline after the latest Angus Reid poll. “It looks like the upcoming referendum on changing our voting system is going to be a toss up.”

But dive into the demographics and the story changes. An overwhelming majority of young people want to change the voting system: 7 in 10 decided voters under 35. The opposite is true of older British Columbians. Among decided voters 55 and older, First Past the Post holds a commanding lead over Proportional Representation.

A false majority … of British Columbians

If all the age groups voted at the same rate, the Pro Rep side would win. But historically that’s not the case. People over 55 are just one-third of the population of British Columbia. Yet they cast more than half the ballots counted in the last provincial election.

Voters 18 to 35 (who are more likely to support climate action or democratic reform) had a turnout rate of just 49 per cent.

There are plenty of practical reasons young people are hard to reach during election campaigns. They are less likely to watch TV or read newspapers. They are more likely to move often, meaning their address is soon out of date. Many don’t answer phone calls, especially from unknown numbers.

But there’s another factor we don’t like to talk about.

Young people are largely shut out of B.C.’s economy and politics. In the past few years, rent has gone up much faster than wages. A third of people under 35 say they can’t pay their bills, so they’re putting essentials like groceries on credit. Some have assets, but even they are falling behind: between 2012 and 2016 the share of wealth held by Canadians in this age group slipped from 6.5 per cent to just under 6 per cent.

Long-term, young people know we will bear the brunt of climate change. We’ll pay the interest on taxpayer-funded boondoggles like the Trans Mountain pipeline and the Site C dam. Yet we have little stake in decisions we have to live with for decades to come.

That’s partly because we’re underrepresented in government. There is just one MLA in the B.C. legislature under 35. That makes Bowinn Ma the only voice speaking for a population of more than one million British Columbians. No wonder young voters want to change the system.

Helping young voters over the hurdle

Fortunately Pro Rep will get rid of safe seats and false majorities. Proportional systems are also far more likely to elect women, young people and other British Columbians who don’t see themselves reflected in politics.

The challenge is getting young people to put their faith in democracy, an idea that has delivered very little over the course of their lives. Every vote counts in this referendum, but first we have to get people past the hurdle of filling out their ballot.

That means connecting with young people and making sure they receive their voting package.

If we channel the humiliation and anger felt by many young British Columbians into votes in this referendum, we can smash an entrenched system of political power that has brought us all to the brink of ecological collapse.

But if we fail to connect with under-35s – or waste our time trying to convince opponents to change their mind – our last chance at electoral reform will slip through our fingers.

Make sure your address and voter registration is up to date on the Elections BC website.