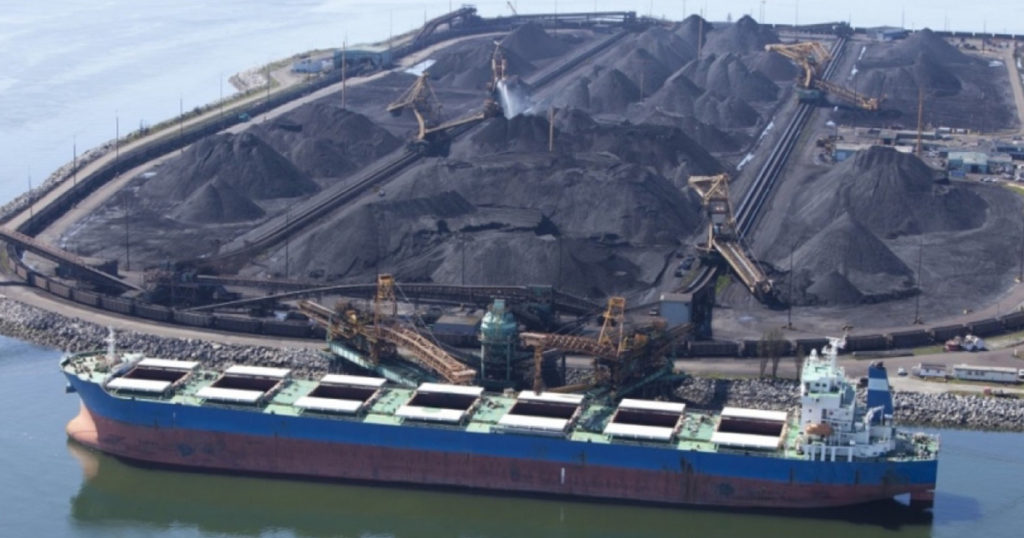 I don’t think I’ll ever forget where I was when I found out Port Metro Vancouver approved the Fraser Surrey Docks coal export expansion facility this past August.

I was sitting on the Amtrak Coastal Starlight, staring out the window at the San Francisco Bay Area, contemplating what I’d occupy myself with in Los Angeles when my thirty-five hour journey was complete: hit up the Los Angeles County Museum of Art, eat burritos and see one of my favourite acts live at a music festival. I’d just started my vacation and I was feeling relaxed.

As I looked out at the rolling hills and power plants along the train route, a familiar buzzing in my pocket shook me from my coastal daydream. Expecting to see a text message from a pal in the states, instead I saw a text from Laura, the Beyond Coal campaign director: Port Metro Vancouver announcing its Fraser Surrey Docks decision today at 11:30. Worst. Timing. Ever.

Our train was stopped in Oakland adding a private car to the already delayed train. With no internet connection to speak of and minimal cell service, I had a moment of panic and a punch-in-the-gut-feeling. Of course the biggest decision of the Beyond Coal campaign would come down when I’m the least available to deal with it!

I felt isolated. I was slowly travelling through the desert more than 35 hours away from home, forced to sit and hope my text messages went through. A stream of questions ran through my mind: What can I do as a community organizer when I’m 2,000 kilometres away? Who can I call to face this head-on while I’m in California? Do I need to book a flight back to Canada as soon as I get off the train?

But then I took a breath – we always knew that this could happen anytime and we had a plan to respond when the decision came down. I remembered our organizers and I picked up the phone.

Fiana, a founder of the powerhouse New Westminster Youth Initiative responded within minutes. She, Grace and the rest of the team banded together with Marianne, our lead in Burnaby, and Laura to organize events in both Burnaby and New Westminster for the Sunday following the decision.

In the end, eleven people took to the streets in Burnaby and New Westminster at a day’s notice. They collected 175 signatures in two hours, and at the same time more than 5,000 people signed the online Beyond Coal petition. We knew the fight to stop the Fraser Surrey Docks-Texada project was far from over, and we knew we had to continue organizing so we could go into the final permit battles stronger than ever.

Our friends at Voters Taking Action on Climate Change had already launched a legal challenge of the permit amendment the provincial government granted for Lafarge’s expansion of their Texada Island coal facility. Within a month of the port’s decision, VTACC, Communities and Coal and Ecojustice teamed up to file for a judicial review of the port’s permit approval.

Looking back now at 2014 we witnessed an even greater delay of the coal expansion project – something few thought possible as Fraser Surrey Docks was originally expected to be shipping coal by the spring of 2013.

Thanks to the growing network of every day British Columbians and groups from B.C. to the U.S we saw local government opposition to thermal coal exports deepen. To date a total of 14 municipal and regional councils have taken action, including the Union of BC Municipalities passing a resolution calling for assessments of the Fraser Surrey Docks-Texada proposal along the rail line and barge route. The cities of New Westminster and Surrey have even applied to be interveners in the legal challenge against Port Metro Vancouver.

On the ground, we’ve massively expanded our base of support throughout the province. Between Dogwood and Communities and Coal we now have more than 46,000 petition signatures. At Dogwood we’ve doubled our Beyond Coal supporters this year – in large part thanks to our summer canvassers and organizing teams in New Westminster and Burnaby.

The movement to stop increased coal exports through B.C. ports may be stronger than ever, but the fight is far from over as we head into our toughest battle yet…

Working together with our allies in B.C. and the U.S., we need to mobilize our networks bigger and better than ever before to get people to flood the public comment period and give Metro Vancouver the power to deny the permits. And if this year’s successes have taught me anything, it’s that I know we can pull this off.

The first step to get in on this action is to sign and share the Beyond Coal petition here: www.beyondcoal.ca.

When you spend months building relationships with people around a shared purpose and goal, beautiful things can happen in times of potential crisis – even when you’re riding a train a long, long way from home. Going forward, these relationships will be the glue that holds us together as we work to bring democracy back to British Columbians and reclaim our decision making power over the projects that affect our lives.