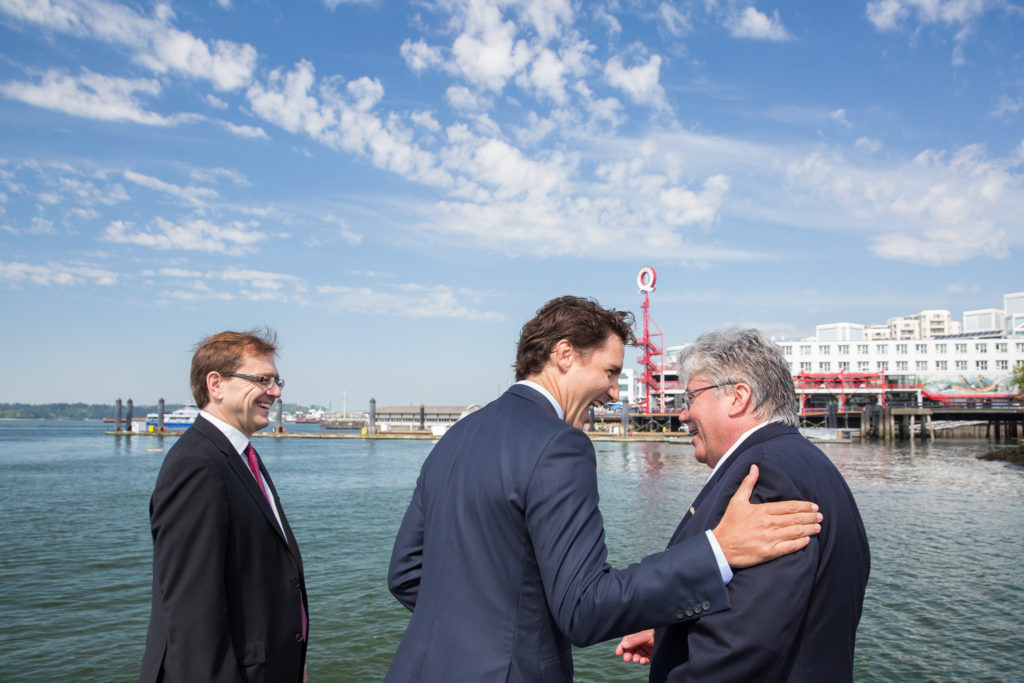 At first it was refreshing, uplifting and hopeful.

The come-from behind election campaign which caught pollsters and pundits by surprise. The warm embraces, locked-eyes and inspiring mandate letters as action-oriented cabinet members took charge of their files in the spirit of progress, openness, transparency and reconciliation.

Environmentalists became chiefs of staff, or joined the Prime Minister’s inner circle. Electoral reform was on the horizon. Indigenous and, well, any community might soon be in a position to grant permission before governments would grant permits. Canada was “back” leading the charge toward a 1.5C future — and if the rumours were to be believed — the coup de grace, a North Coast tanker ban, would lock victory down in one of the hardest fought battles over our environment in Canadian history.

Harper was gone. Science was back.

But not everybody was celebrating.

For the first time in years worried looks were cast across tables where boardroom windows meet the Calgary skyline. Big Oil’s open door in Ottawa might soon be closing. With environmentalist distracted by optimism an army of lobbyists started packing their bags. They had seen this movie before and knew precisely how to respond.

In a 2006 trip to China, British Columbia’s then-premier Gordon Campbell had an epiphany about the perils of climate change and resolved to take action. In 2008 he introduced one of the world’s first carbon taxes. In response the oil industry deployed to British Columbia. 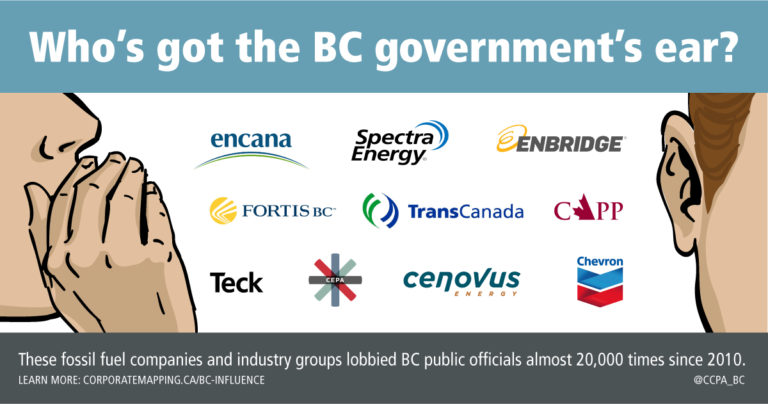 Between 2010 and 2016, 43 fossil fuel corporations and industry groups registered as lobbyists. $5.2 million was donated to party coffers and the industry’s top ten actors recorded 19,517 contacts with public office holders. Their collective efforts stalled the steps needed to make the carbon tax effective, reversed environmental protections on wellsites and put LNG and export pipelines on the top of the government’s agenda.

It didn’t take long for them to regain the upper hand. Enbridge’s Line 3 and Kinder Morgan’s Trans Mountain were quickly approved, planned cuts to subsidies were taken off the table and Trudeau found himself centre stage in Houston touting the expansion of Canadian oil. You know the rest.

Fast forward to early 2019. It’s hard to even calibrate the distance we have travelled from Sunny Ways. Dark clouds of climate chaos gather on the horizon as our emissions continue to rise. Nobody is even discussing whether or not every vote will count in the next election. Reconciliation? Ask the Squamish Nation, the Tsleil-Waututh or Jody Wilson-Raybould about that. Oh and, no, Burnaby was not able to grant permission.

Up on the Hill, Big Oil had worked their dark magic. CAPP alone employed 37 lobbyists last year. As Trudeau’s first term comes to a close one of their final targets is Bill C-48, the legislation enabling that promised North Coast tanker ban. The bill is now stuck before the Senate committee. Not a single member from B.C. sits on that committee. CAPP’s goal? Delay. The minute the writ drops, the North Coast tanker ban bill is dead.

If Bill C-48 fails, Trudeau’s government will carry four years of broken promises with them into the next election. The sad reality is, at this point they probably don’t even care. In the next six months their focus will be on regaining Quebec, holding Atlantic Canada and salvaging as much as they can from vote rich urban Ontario.

I wouldn’t expect any cabinet ministers to intervene on B.C.’s behalf. So, the question is how does one get to a senator? As the Mike Duffy expense scandal, the Patrick Brazeau affair and Tory stalling tactics around assisted dying and marijuana legalization have shown, Senators come to heel when someone shines a little light their way. Who better to shine that spotlight than the Premier of B.C.?

I think we all agree that the last thing British Columbians want to see is Northern Gateway 2.0. As Chief Marilyn Slett of the Heiltsuk Nation said in her statement to the Senate, “an oil spill would finish us.”

We need Premier Horgan to take a stand, and you can help. Send him a message.

Tell Premier Horgan to stand up for Bill C-48.