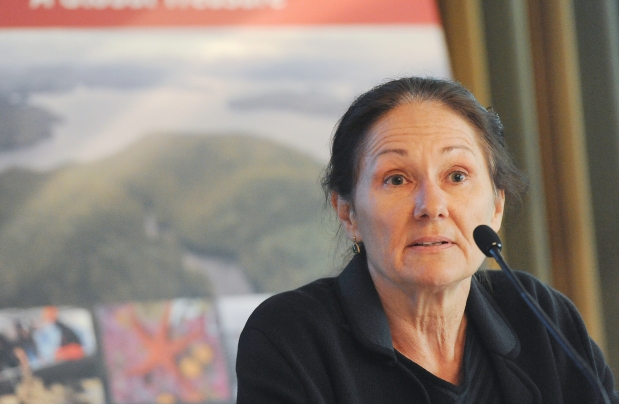 When Prime Minister Trudeau announced approval of the Trans Mountain project he said the expansion “will create 15,000 new, middle class jobs – the majority of them in the trades.”1

Natural Resources Minister, Jim Carr, repeatedly points to this figure to justify Ottawa’s approval. He says, “the project is expected to create 15,000 new jobs during construction.”2

When the figure of “15,000” for new construction jobs emerged, I was confused. Kinder Morgan told the National Energy Board (NEB) that construction employment for the project was an average of 2,500 workers a year, for two years. It was laid out in detail in Volume 5B of the proponent’s application.5

I contacted the Prime Minister’s office. I asked his staff to explain how the figure their boss relies on was developed. They did not do so. I even wrote the Prime Minister directly. I received no reply. Natural Resources Canada said, “The numbers are from the proponent” and “believed” they were based on Conference Board of Canada estimates, while Premier Notley’s office said it came from the industry and directed me to Trans Mountain’s website.

There it was. “During construction, the anticipated workforce will reach the equivalent of 15,000 jobs per year…”6 Kinder Morgan provided no insight as to how that figure was derived. I inquired directly and was told, “the figures come from two Conference Board of Canada reports.” Links to those reports were provided.7,8

I read both reports. Neither included reference to 15,000 construction jobs as Kinder Morgan said they would. What they did provide was a figure of 58,037 person years of project development employment—over seven years beginning in 2012.

I knew the 58,037 figure to be the same as that provided in a Conference Board of Canada report authored in 20139 and filed by Kinder Morgan as part of the discredited NEB hearing.10 The Conference Board based its estimate on an Input Output model which—because of its many design flaws—delivers highly exaggerated results.11

I was still at a loss as to how the 15,000 construction workforce figure was derived. I wrote Kinder Morgan again. The company responded: “…person years of employment during Project development is 58,037. This figure has been divided by 3 years and 10 months resulting in an equivalent of 15,000 jobs.” I asked Kinder Morgan why almost 4 years was chosen as the time horizon for construction, when the project will take two. This is when the company stopped answering my questions on construction employment.

The Conference Board did not estimate construction jobs; Kinder Morgan did. Kinder Morgan divided 48 months into the Conference Board project development figure, then multiplied it by 12 months to arrive at 15,000 jobs a year. Inappropriately, the figure was renamed as construction workforce. It is unbelievable. It is a misuse of Input Output model results and a deceptive relabelling.

Even if the Conference Board’s figure of 58,037 person years of development employment was reliable—which it is not—that number cannot arbitrarily be divided by 48 months of a longer project time table and then the result annualized so the proponent can claim there are 15,000 construction jobs to be created.

Kinder Morgan had no business altering the time horizon or renaming the nature of the employment to characterize it as something it is not. Kinder Morgan’s 15,000 construction workforce figure is meaningless.

Why would Kinder Morgan pay the Conference Board for an employment estimate derived from an expensive modelling approach and inappropriately turn it into a construction workforce estimate when it has its own, more reliable one of an average of 2,500 workers over two years?

Trans Mountain’s 15,000 construction workforce jobs are a scam. The more realistic figure is less than 20 per cent that size. It is a betrayal of the public trust that Trudeau, Carr and Notley so eagerly got behind Kinder Morgan’s manipulated jobs figure without checking to make sure it made any sense. 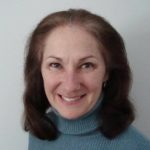 To hear Robyn Allan bust other Kinder Morgan myths, check out our podcast.

1. Prime Minister Trudeau’s statement approving Trans Mountain: http://pm.gc.ca/eng/news/2016/11/30/prime-minister-justin-trudeaus-pipeline-announcement
2. Minister Carr’s quote: https://openparliament.ca/debates/2017/6/1/jim-carr-2/
3. Premier Notley’s quote: https://www.youtube.com/watch?v=1AHRYMQoBrk
4. Former Premier Clark’s quote: https://www.theglobeandmail.com/news/british-columbia/christy-clark-hammers-out-her-jobs-platform-ahead-of-bc-election/article33408980/
5. Reference in the NEB Application regarding estimated construction workforce: “Pending regulatory approval of the Project, construction of the pipeline and facilities is scheduled over an approximately 24 month period to achieve the planned in-service date of late 2017.” From Volume 5B page 2-13. “It is estimated that the Project will require a construction workforce to provide over 1,324,000 worker-days in the 2016 to 2017 construction period, or over 60,000 full-time equivalent worker months.” From Volume 5B page 2-16 (to get to 2,500 for the construction workforce the calculation is 60,000 construction worker months over two years = 2,500 construction workers a year, for two years). You can access the document at the link that follows and then go to Exhibit B5-26 and then to page 2-13 and page 2-16 (the NEB site is very difficult to manoeuvre through, but this link gets you to a list of documents and B5-16 is the relevant portion of Volume 5B) https://apps.neb-one.gc.ca/REGDOCS/Item/View/2392699.
6. Trans Mountain website quote on anticipated construction workforce of 15,000, not 2,500 as per their application: https://www.transmountain.com/jobs-training
7. First report Trans Mountain sent me suggesting the 15,000 construction workforce number was there, but it is not. I confirmed in conversation with the Conference Board that they did not calculate the 15,000. https://s3-us-west-2.amazonaws.com/transmountain-craftcms/documents/Seeking-Tidewater.pdf?mtime=20170814214244
8. Second report Trans Mountain sent me (in the same response) suggesting the 15,000 construction workforce number was also there. https://s3-us-west-2.amazonaws.com/transmountain-craftcms/documents/1452115261-7648_WhoBenefits_E_BR.PDF?mtime=20170622173022
9. Conference Board report filed with the NEB https://apps.neb-one.gc.ca/REGDOCS/Item/View/2825642
10. Prime Minister acknowledged that the NEB is “discredited” during the campaign. http://www.nationalobserver.com/2017/08/21/opinion/canada-can-win-saying-yes-bcs-sustainable-future
11. Link to the Conference Board report filed in 2013 https://apps.neb-one.gc.ca/REGDOCS/Item/View/2385938 Exhibit B1-5 (It says ‘stricken in full” but the sections of the Conference Board relating to this figure was refiled exactly as originally prepared. The reason the evidence was stricken was because Steven Kelly, Trans Mountain’s consultant, was hired as an NEB Board member, but after his report was replaced, the Conference Board report was refiled with changes that related to other areas of analysis.)
12. B.C. Statistics for Construction workforce in Heavy and Civil Engineering in 2016 was 21,200. http://www2.gov.bc.ca/gov/content/data/statistics/employment-labour/labour-market-statistics employment by detailed industry download

3 Responses to “The Search for Trans Mountain’s 15,000 Construction Jobs”