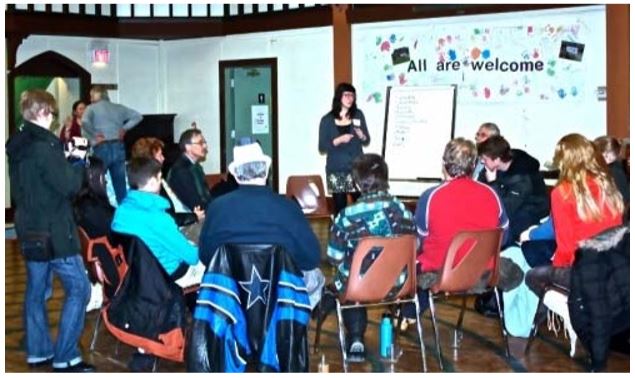 For immediate release – statement from Dogwood below

December 15, 2020 – Ottawa, ON (Algonquin Anishnaabeg Territory) – The BC Civil Liberties Association (BCCLA) condemns the actions of the RCMP spying on Indigenous and climate advocates, as confirmed by the final report of the Civilian Review and Complaints Commission (CRCC) released today into a complaint filed six years ago.

In February 2014, the BCCLA made a complaint against the RCMP contending it illegally spied on the democratic activities of climate organizations and Indigenous nations opposed to the Enbridge Northern Gateway Pipeline project. On November 10, 2020 the BCCLA filed a lawsuit at the Federal Court of Canada against RCMP Commissioner Brenda Lucki for inexcusable delays preventing the release of the CRCC report. The final report of the CRCC was released today.

The CRCC report details countless examples of RCMP monitoring individuals who were opposed to pipeline projects. The RCMP collected and retained opinions expressed by individuals online, and created secret profiles on organizers. The CRCC confirmed that the RCMP tracked and kept records on people who attended demonstrations, and even infiltrated a workshop at Kelowna United Church. In one instance, a profile was created of a person in Kelowna simply because she was “actively involved in signing petitions and community issues to which she supports.” In another instance, a profile of a person included their personal information as well as information collected on those believed to be the persons’ relatives based on shared surnames.

A storytelling workshop at a church basement in Kelowna, hosted by Dogwood and Leadnow, that was infiltrated by RCMP officers. Photo by Julia Pope.

The BCCLA is deeply disappointed that the CRCC found most of these RCMP activities were reasonable, even though the Commission repeatedly expressed reservations, especially “where there is no independent and reasonable suspicion that these individuals might be involved in criminal activity.” The CRCC found that it was reasonable for the RCMP to increase their presence at demonstrations; that there is no reasonable expectation of privacy from being video-recorded by police while attending a protest; and that is appropriate for the RCMP to mass gather and retain extensive information via social media and through collecting license plates.

Earlier this year, the Office of the Privacy Commissioner of Canada launched an investigation into the RCMP’s use of controversial AI facial recognition technology, and this week the Office announced an investigation into the RCMP’s collection of personal information under Project Wide Awake. Although the CRCC Commissioner did not uphold the BCCLA complaint, it made numerous recommendations to the RCMP concerning the collection and retention of information of protestors, including urging the RCMP “to exercise restraint in its surveillance and intelligence-gathering activities when the threat level is otherwise determined to be low.”

Paul Champ, Legal Counsel for the BCCLA: “The CRCC wagged its finger, but ultimately gave the RCMP a free pass with activities that are likely offside with the Charter. It is unconscionable that the CRCC is telling Canadians that they have to accept being spied on if they are going to exercise their democratic right to protest. RCMP spying on people who are exercising their right to dissent is an attack on freedom of expression. It creates a climate of fear that chills free expression and stifles public participation.”

Jessica Magonet, Legal Counsel for the BCCLA: “The BCCLA, as complainants, strongly challenge the basis of this report. Why should people expect their privacy rights will be violated and that they will be documented by the state for expressing their dissent? Why does the CRCC accept that political demonstrations inherently run the risk of becoming ‘unlawful’ and thus justify police surveillance? Why should we normalize police tracking of our social media? This means if anyone comments on Facebook that they will be attending an environmental protest, they are likely in a RCMP database.”

Harsha Walia, Executive Director of the BC Civil Liberties Association: “It is unacceptable that the CRCC has sanctioned police profiling. The profiles of those they deem to be dangerous through intelligence-gathering will be overwhelmingly Indigenous, Black and racialized people. This is how systemic racism in policing operates. In this case, the dragnet of police surveillance against climate advocates is most severely targets and criminalize Indigenous land defenders.”

Kai Nagata, Communications Director at Dogwood, one of the organizations whose volunteers were spied on: “We cannot accept the idea that anyone who criticizes the government or the oil industry becomes a target for surveillance. The ‘Spy Cops’ inquiry in the UK reveals what happens when police are given a free hand to infiltrate groups, and it’s scary. In Canada, evidence is coming out about the creepy tools used by the RCMP, like facial recognition or unlocking privacy features on social media. It’s up to citizens to expose and push back on this erosion of our democracy.”