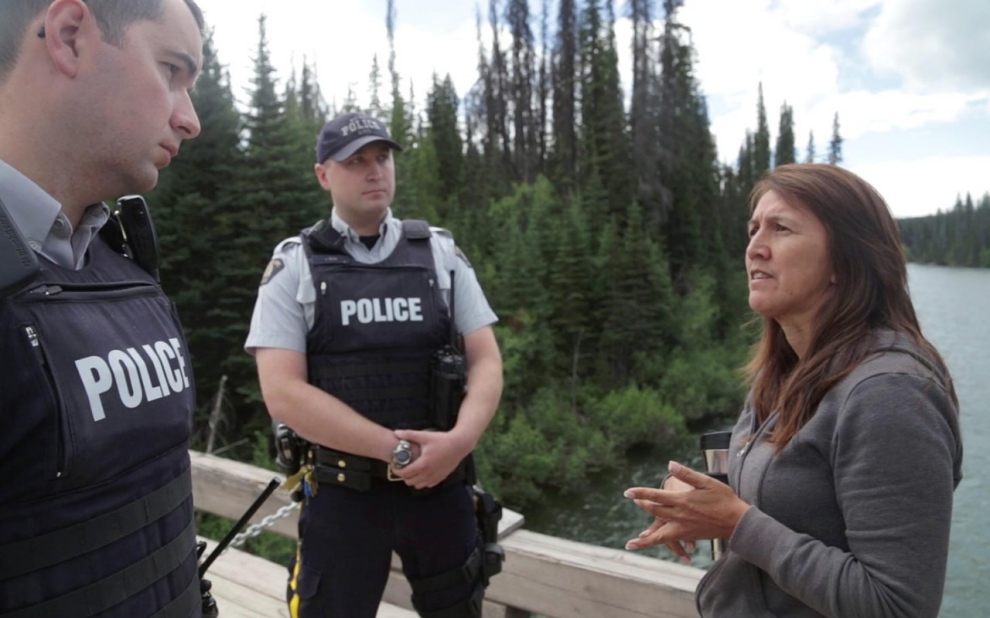 BURNABY – British Columbia’s largest grassroots citizen group is calling for de-escalation ahead of a possible police raid of the Unist’ot’en camp on the Morice River.

“The Unist’ot’en camp has been at its present location for five years,” said Kai Nagata, Dogwood’s Energy & Democracy Director. “With no court order and no injunction, why the sudden show of force from the RCMP? We’re concerned that a needless raid will only serve to polarize and intimidate people.”

The Unist’ot’en are a clan of the Wet’suwet’en Nation, which holds rights and title to territories in the path of proposed oil and gas pipelines including Enbridge Northern Gateway. Occupants of the Unist’ot’en camp were reportedly the subject of a police complaint Thursday by a TransCanada pipelines subsidiary wishing to access the territory.

At the same time, residents of the nearby towns of Smithers and Houston say they’ve seen an unusual buildup of RCMP vehicles and personnel. The Union of BC Indian Chiefs and the BC Civil Liberties Association are warning the RCMP against an unnecessary raid.

“If there’s a dispute between landowners and a pipeline company, it needs to be resolved in court. Not at the end of a long dirt road,” said Nagata. “As taxpayers and citizens we’re asking police to conduct themselves in a calm and peaceful manner.”

Politicians are currently campaigning in the longest federal election in modern history. “Canada needs a healthy debate around resource development and decision-making for energy projects,” said Nagata. “The campaign trail is a great place to have that conversation. What we don’t need is provocative, polarizing action by the RCMP.”

Dogwood Initiative brings together more than 250,000 citizens concerned by the erosion of democracy, civil liberties and due process around pipeline and oil tanker proposals in British Columbia.