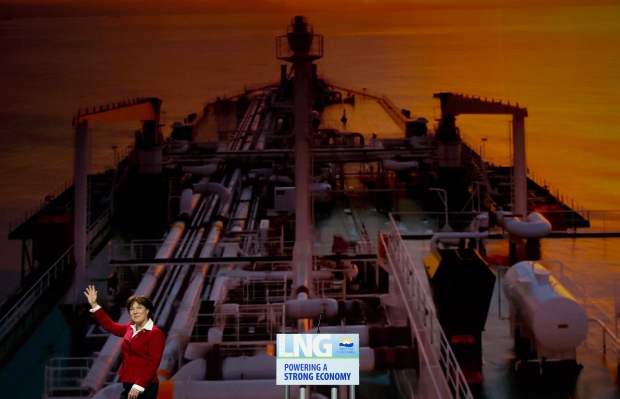 “This plan will not make B.C. into a climate leader,” said Will Horter, Dogwood Director of Strategy. “What Clark’s Carbon Fudge It Budget will do, however, is help to enrich Christy Clark’s biggest corporate donors in the LNG and forestry industries.”

Ignoring nearly every major recommendation made by the Premier’s own hand-picked Climate Leadership Team, the plan’s emphasis on reforestation represents a major stimulus for the forestry industry, which has funneled at least $5.8 million into Liberal bank accounts since 2005, according to research from public-interest watchdog Integrity B.C.

“While planting trees is great, the province fails to count all the carbon emissions created by forestry itself, so this plan fudges the numbers by completely ignoring one half of the ledger,” said Horter.

Further, by refusing to increase B.C.’s carbon tax, Clark has abandoned B.C.’s climate commitment to reduce carbon emissions by 33 per cent below 2007 levels by 2020.

Major Liberal donors in oil and gas industry are the primary beneficiary of Clark’s continued carbon tax freeze. Coincidentally, this same industry has given the BC Liberals at least $3.8 million dollars since 2005.

“To paraphrase former premier Campbell’s former Chief of Staff, Christy Clark’s Carbon Fudge It Climate Budget looks like it gives ‘exceptional attention’ to corporate donors that have given the BC Liberals ‘exceptional amounts of money’,” said Horter.

“This August is likely to be the hottest month in the hottest year of human history. While planting trees is important, like basic hygiene in a hospital, the patient needs urgent open heart surgery, and instead Christy Clark is fumbling with the janitorial equipment.”