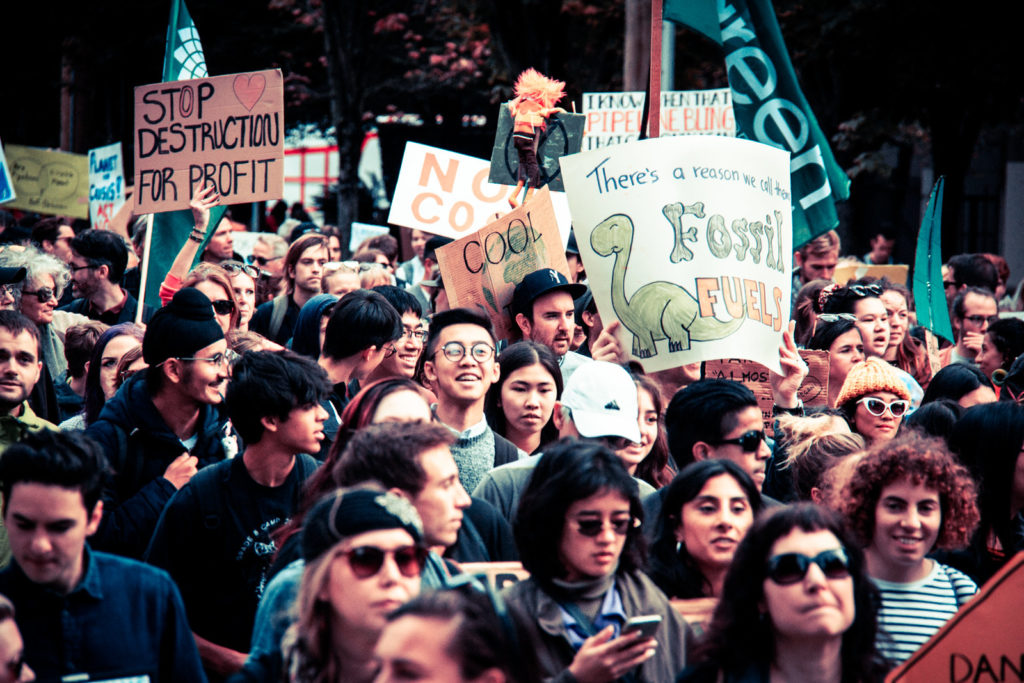 What do we do with this momentum?

After years of groundwork, youth have pushed climate to the top of the national agenda. What comes next?

Close to a million Canadians in the street. Groundbreaking resolutions passed at the Union of B.C. Municipalities conference. Politicians tripping over each other to appear as environmental champions. The climate movement has never seen a moment like this.

At least 100,000 people flooded the streets of Vancouver Friday afternoon. Walking across the Cambie Street bridge in the sunshine, surrounded by bikes, dogs and laughing kids, I could actually imagine a world after fossil fuels.

As wave after wave of chanting students poured out of buses and trains to join the march, I felt nothing but gratitude and admiration. Thank you to the youth leaders whose fierceness, anger, passion, and dedication pulled together thousands of strikes across B.C. and around the world.

Just hours before the Climate Strike, B.C.’s municipal leaders voted overwhelmingly in favour of ending taxpayer handouts to oil and gas companies. Led by the City of Victoria, local mayors and councillors are demanding the provincial and federal governments stop dumping public money into corporate welfare for the fossil fuel industry, and start funding projects to avert climate disaster.

I also hold my hands up in gratitude to the Indigenous leaders and grassroots speakers who reminded us Friday: none of this is new. Greta Thunberg is an inspiration, but she didn’t invent the idea that we should rein in corporate greed and take care of the land and water that sustains us.

Indigenous youth like Autumn Peltier, Ta’kaiya Blaney, Ocean Hyland, Cedar George-Parker and many many more were laying this groundwork here in their home territories long before Greta’s boat arrived in North America. Children from frontline communities have been speaking to world leaders at the UN for years, drawing attention to the impacts they will suffer as sea levels rise and storms get worse.

Youth have earned the right to be counted

Thursday our youth allies won another victory: the Union of B.C. Municipalities voted to endorse lowering the voting age in local elections to 16 years old. Countries around the world have found that enfranchising young people actually increases election turnout over the long term. With democracy on the decline around the world, it’s absolutely vital we boost voter participation.

It’s also a question of fairness. Youth could spend the rest of their lives paying for the damage done by decisions today. Teenagers have pushed climate change to the top of the political agenda. They’ve earned the right to have a voice in our elections.

Speaking of elections, it was encouraging that federal MPs and candidates from at least three parties felt they needed to show up on the ground at Climate Strike events across Canada. Something has shifted in federal politics. There’s a new willingness to go farther and faster, and we need to take advantage of it in the next few weeks.

Now is the time to reach out to candidates competing to represent us in Ottawa and get hard answers on their climate policies. We’re going to need those commitments in writing, because if current polls are any indication, we are headed for a minority government.

That would be a very good thing for the climate movement. We don’t need another false majority ruling with impunity for the next four years. We need MPs who are forced to cooperate across geographic and party lines for our common survival.

That means channeling the momentum of the Global Climate Strike into our riding-level election races, because that’s where the power truly lies. We can’t vote for a president or a prime minister. We can only vote for an MP. So we need to pick representatives who we trust to put the interests of their constituents ahead of preserving the status quo.

At a bare minimum, we need our MPs to stop throwing billions of public dollars into oil and gas expansion — including the Trans Mountain pipeline and oil tanker project. But the Canadians flooding the streets this week expect much bolder action as well.

And so here we are. In September 2019, the world is finally paying attention. The first generation of youth to grow up actually in the climate crisis are stepping into their power. Politicians have realized they can’t sell “business as usual” anymore. It’s up to us now to lead them where we want to go.

Find out who’s running in your riding and stay tuned for more resources to help you pin down your candidates’ climate commitments.

One response to “What do we do with this momentum?”