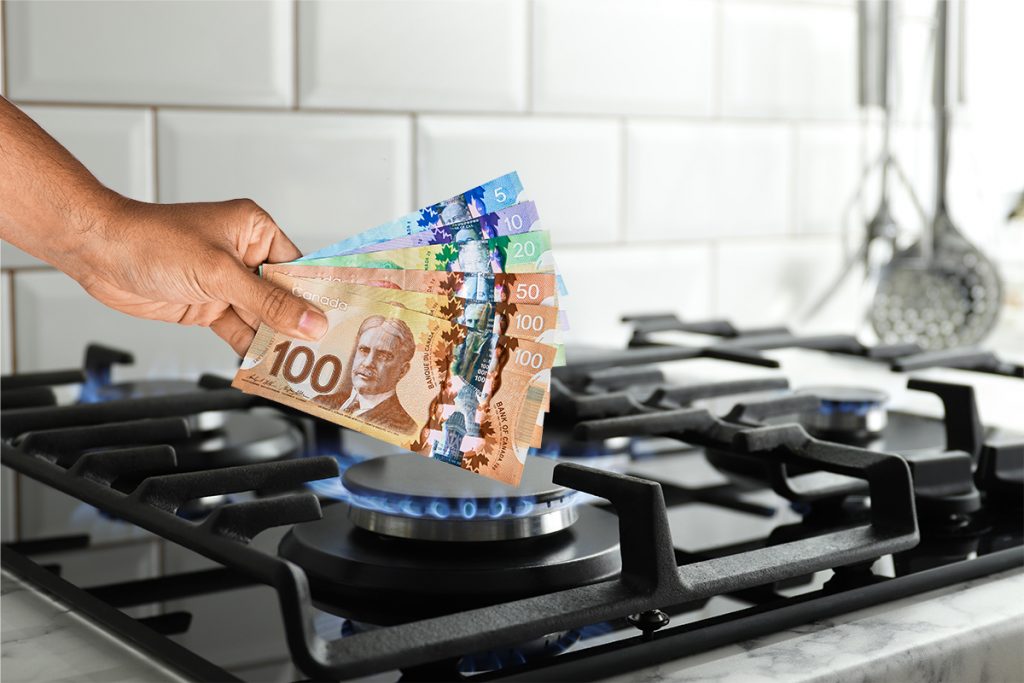 The price of fossil fuels is going up. How to save money, your health and the climate.

Like gasoline, natural gas is a fossil fuel that’s getting more expensive. Russia’s war in Ukraine has been a great excuse for oil and gas companies to jack up prices. That means you pay more at the pump – and soon, more on your Fortis bill.

Fortis Inc. is a private company based in Newfoundland. It owns a $58 billion empire that stretches from Belize to Arizona. Here in B.C., Fortis has a monopoly on sales of fossil gas in most of the province.

Over a million homes and buildings in B.C. are hooked up to a Fortis pipeline. Families across the province burn gas to stay warm, heat water and cook food. This makes B.C. households vulnerable to rising prices.

A Fortis bill for the average family is about $100 a month. In the next few years that number could easily double to $2,400 a year, or more. Fortunately there are ways to avoid those costs – and reduce the other impacts of burning gas.

Why is gas getting pricey?

Over the last decade natural gas in B.C. has been very cheap. Our government heavily subsidizes fracking, which led to a big expansion of gas production. Virtually all of it is sold in North America. But that could soon change.

The goal of the liquified natural gas (LNG) industry is to ship B.C. gas across the ocean to Asia, where it can fetch “world prices”. What does that mean? Right now customers in B.C. pay $4.50 per gigajoule for natural gas. People in Japan pay five times that.

If any LNG export plants are completed, fracking companies will cash in. But for B.C. gas customers, it means higher prices as we compete for supply in a global market.

There’s more. Fortis is trying to clean up its image by mixing “renewable” natural gas from landfills and sewage plants into its pipes. Although it creates the same emissions, RNG is far more expensive than fracked gas. That will be added to your Fortis bill.

In a few short years, customers could easily be paying double what they are today on their Fortis bill. If natural gas prices in B.C. rise like they have in Japan, bills will triple. And that’s without factoring in inflation.

How to burn less gas

So what do we do? Natural gas is a global commodity, sold to us by private companies. We can’t control the price. The only way to cut costs is to burn less of it.

The obvious first step is insulation. A dollar spent on insulation will pay you back many times over in future energy savings. Stopping drafts, sealing windows and adding insulation saves fuel in cold weather and lowers air conditioning costs in hot weather.

There’s also efficiency. Fortis offers rebates for replacing old gas furnaces, hot water tanks and stoves with new gas appliances that burn less fuel. But this only cuts a portion of your use. And it doesn’t solve the other problem: indoor air pollution. 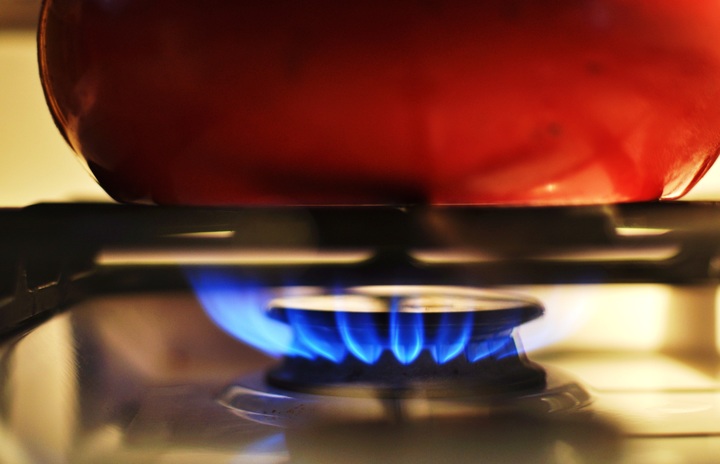 Health Canada recommends only cooking on the back burner of a gas stove.

Gas stoves in particular are a dangerous source of nitrogen dioxide and other toxic emissions, even when turned off. Burning fossil gas inside your home is linked to decreased lung function, heart attacks and increased asthma risk in children.

If you do have a gas stove, Health Canada recommends that you only cook on the back burners. Or you could take the next logical step – and phase out gas entirely. Many chefs swear by electric induction stoves, which heat food quickly with zero emissions.

When people think of electric heat, most picture a baseboard, electric furnace or space heater. All of those are basically giant toasters. Electricity goes through a metal coil, the metal glows red and heats the air around it. That’s inefficient and expensive.

A heat pump is different. It uses electricity to pump coolant back and forth in a closed loop. It picks up heat energy from the air outside, then dumps that heat inside your house. That’s why running a heat pump is up to three times cheaper than baseboards. 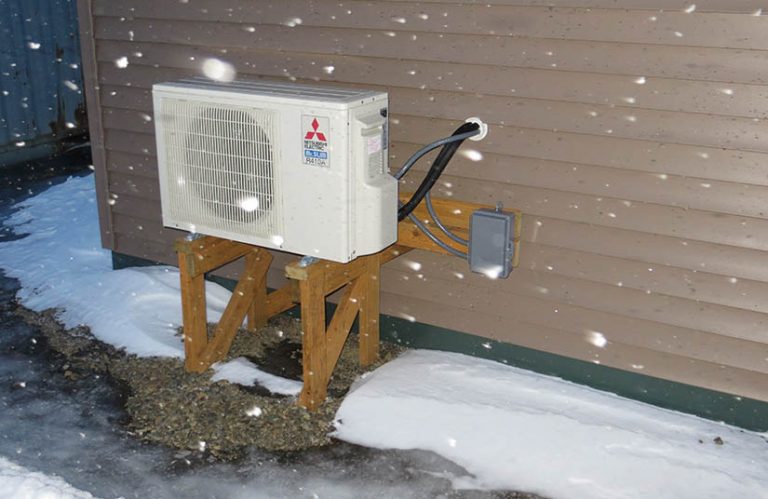 Modern heat pumps can pull heat from air that’s below freezing: -25 or -30 degrees celsius. Even more effective are what’s called ground source heat pumps or geothermal systems, which draw heat from underground, no matter what temperature it is outside.

You can also do the opposite: pump excess heat from inside to outside. Heat pumps also function as air conditioners. Unlike a gas furnace, a heat pump can keep you cool in hot weather.

Heat pumps can be added to existing buildings without ripping out the gas furnace or wood stove. In some climates you may need that backup heat source a few days a year. But the vast majority of days you could be using electricity to pump heat into your home, for very little cost.

Builders and homeowners have long assumed gas is the cheapest way to heat a home in B.C. But if Fortis bills double or triple in the next few years, that may no longer be the case.

Burning gas also comes with a lot of hidden costs. The toll on your family’s health. The contribution to climate change. And the contamination of vast amounts of fresh water by the fracking process, which is permanently damaging large swathes of B.C.

Electricity has downsides too. BC Hydro’s giant dams also destroy land, erase history and violate Indigenous rights. Electricity bills may also rise to cover the cost of the Site C dam. The bottom line is that our society has to find ways to use less energy.

In the meantime, we need to keep people warm (or cool), heat water and cook food. The question is: do we do that by burning gas, which makes us sick and is dangerously warming the planet? Or do we do it with renewable electricity? In B.C. the answer is clear.

We need to stop hooking up new buildings to gas pipelines. We should insulate and retrofit buildings on a huge scale. And the government should make it as easy and cheap as possible for people all over the province to install electric heat pumps.

These are common-sense measures citizens should demand from both municipal and provincial politicians in B.C.