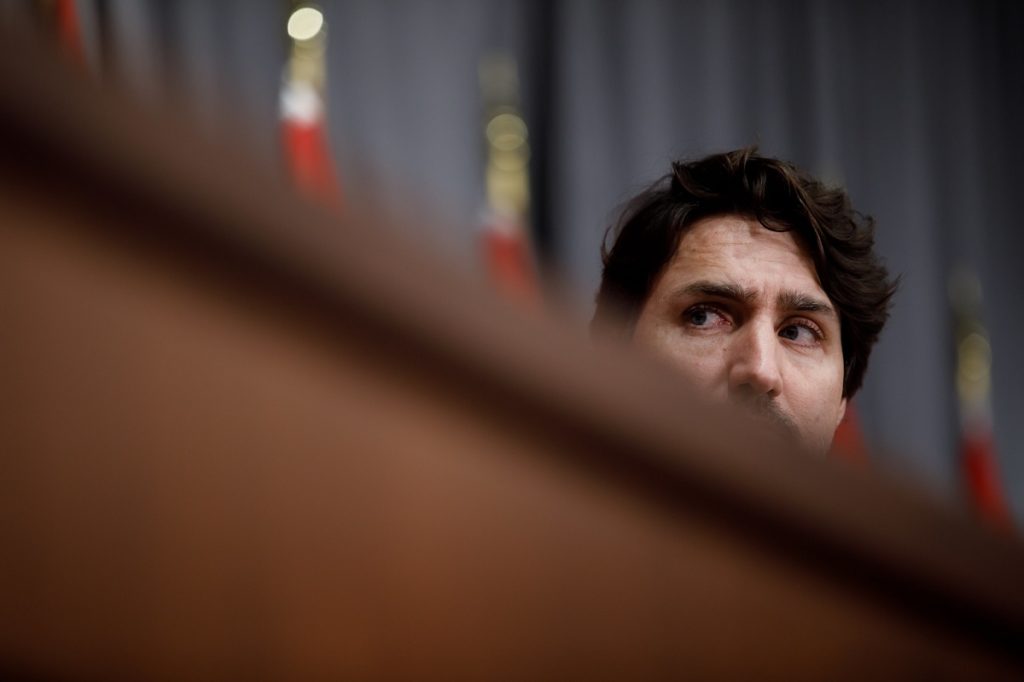 The world has changed. Why is Canada still in the pipeline business?

Trans Mountain is the wrong line in the sand

Last week, three separate oil and gas pipelines were killed in the U.S., starting with the Supreme Court putting the brakes on Keystone XL to protect waterways.

Investors saw the writing on the wall and pulled out of the Atlantic Coast gas pipeline. And in a stunning delayed victory for the Standing Rock movement, a judge ordered the Dakota Access pipeline to be shut down – three years after it started pumping oil.

In today’s topsy-turvy world, pipelines can’t catch a break in Trump’s America. Meanwhile in Canada, smooth-talking, self-proclaimed climate leader Justin Trudeau is using the full powers of the Canadian government to get Trans Mountain built. “Trump promised pipelines; Trudeau delivered” gushed a recent Globe and Mail editorial. The congratulations are wildly premature, but there is no doubt Trudeau is pressing ahead with everything he’s got.

The question is, why is Canada’s woke prime minister trying to outdo Trump by building a pipeline at the end of the oil age?

In the wake of COVID-19, the global oil industry is facing a comeuppance like never before. Analysts have called the oil market “officially broken”, predicting a wave of bankruptcies and an extended period of volatility. Big Oil is preparing its shareholders for the possibility that demand for oil will never return to pre-COVID levels. Industry is slashing its investment in the oil sands.

Major global agencies, from the International Monetary Fund to the International Energy Agency, have said investing post-pandemic stimulus funds into clean energy will deliver a greater financial return – not to mention some hope of averting the worst of the climate crisis – compared to propping up the dying fossil fuel industry.

Pipelines have been one of the most divisive and polarizing topics of the past decade, and are in direct conflict with Trudeau’s agenda on climate action and reconciliation. COVID has opened a door for Trudeau to walk away from the political hot potato that is Trans Mountain. So why isn’t he pausing the project?

Trans Mountain’s cheerleaders say the pipeline is insulated from oil price volatility because it relies on long term contracts. But the business case for Trans Mountain was a hot mess long before COVID hit and Saudi Arabia launched a price war with Russia.

Now that TMX’s price tag has ballooned to $12.6 billion, the toll rates Trans Mountain is able to charge the oil companies using the pipeline no longer cover the costs of construction – a situation that becomes even more dire for Canada’s taxpayers if any of those shippers join the growing list of oil and gas firms filing for bankruptcy. Oil prices are highly unlikely to ever recover to the levels that would make TMX viable, and it’s painfully clear Canada has no control over those prices.

The prime minister’s favourite talking point – that TMX government revenues will fund clean energy projects, and generate billions in profit for Alberta’s failing oil industry – has been called a ‘fabrication’ based on wishful economic assumptions and discredited research. So, too, are claims of a pipeline bottleneck: according to industry’s own forecasts, there is enough pipeline capacity in Canada to meet predicted Alberta oil production to 2030 without TMX or Keystone XL.

All this adds up to a boondoggle of epic proportions: an unnecessary pipeline, a project no private buyer will want and taxpayers left holding a multi-billion dollar bag. If the Trans Mountain expansion no longer makes economic sense, why is Canada still in the pipeline business?

The political math doesn’t add up

Polling shows opposition to Trans Mountain rising in response to the project’s ballooning costs, especially in B.C. and Quebec. So TMX must be about winning over Alberta, right? For a while, this was true. Trans Mountain was part of Trudeau’s carefully calculated grand bargain: a pipeline for a climate plan. But that bargain crumbled under the weight of trying to be all things to all people, and the death knell sounded when Jason Kenney won his seat as premier in a landslide victory on a pro-oil, anti-climate action agenda.

Going into the 2019 federal election, the Liberals held out hope that Trans Mountain could buy them some Conservative votes in oil and gas country. But on election night, they were shut out across the prairies. On the campaign trail – overshadowed by images of almost a million Canadian climate strikers on the streets – it was obvious that the Liberals’ position on Trans Mountain hurt them with climate voters. The Wexiteers who grabbed headlines following the election made it clear that buying a pipeline was not enough – nothing Trudeau Jr. could do could make a dent in the visceral animosity felt by a large chunk of prairie voters.

In February this year, the cries of Western alienation were drowned out by the political crisis surrounding Coastal Gaslink’s renewed attempts to build a fracked gas pipeline on Wet’suwet’en territory. The contrast between Trudeau’s promise of a new relationship with Indigenous peoples and the reality of state-sponsored violence towards peaceful Wet’suwet’en community members, became untenable, prompting many to proclaim that #ReconciliationIsDead.

Similar crises can be expected on Trans Mountain, as the reality of government-funded bulldozers tearing through Indigenous communities fiercely opposed draws ever closer.

The emperor has no clothes

Trans Mountain is a pipeline that’s not needed, stands to lose rather than make money and commits Canada to a path that makes no sense in the post-COVID world. Trudeau’s grand bargain has failed, and Trans Mountain isn’t helping him win votes – in fact it’s hurting him on climate and reconciliation, two of the most important aspects of his legacy and personal brand.

When Environment Minister Jonathan Wilkinson was recently pressed about why his government was ploughing ahead with Trans Mountain even though the economics look worse by the day, his response prompted CBC’s Laura Lynch to conclude: it’s just their line in the sand.

This looks like the worst kind of decision-making: driven not by evidence, or the public good, or even political gain, but by something more base. When no good reasons are left on the table, we are forced to consider some unpleasant possibilities. Is it about ego? Accomplishing what the Conservatives couldn’t, or fixing what his father broke?

With the WE charity scandal once again exposing conflicts of interest for both the prime minister and the finance minister, it raises the question: is there some shadier reason TMX has yet to be shelved? Or is it a fear of losing face instead of finding the courage to admit circumstances have changed, and Trans Mountain’s billions should be spent more wisely?

Canadians need to remember these questions if we get to the point where the RCMP are forcing a climate-wrecking, taxpayer-funded pipeline through unceded Indigenous territory at gunpoint. Are we willing to let that happen with no just cause? I hope we draw our own line in the sand and say: not in our name, not with our tax dollars, not on our watch.

5 Responses to “The world has changed. Why is Canada still in the pipeline business?”