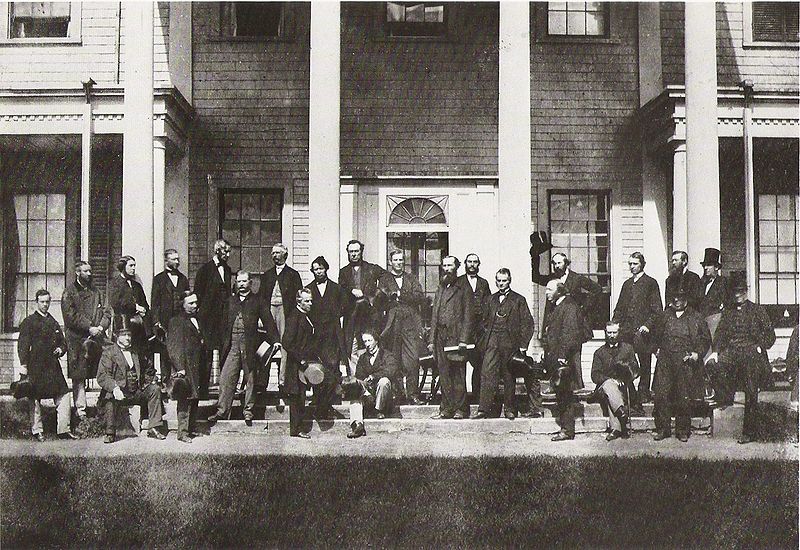 Where are all the women?

There is one simple way to make politics better: elect more women.

Look at these people:

To me, with the exception of Christy Clark, B.C.’s former premiers all look the same. None of them look like me — they don’t reflect more than half of B.C.’s population. Not enough has changed since the “founding fathers.”

It’s kind of like manspreading. Men in positions of power are taking up more room than they need, pushing everyone else out and making us feel pretty uncomfortable. This is probably why things that matter to women, and disproportionately affect us — getting paid what we are worth, shelters to support women fleeing domestic violence, child care, women’s health care, seniors’ care — are often swept aside.

Men make up slightly less than half the population of B.C. but they hold 61 per cent of the seats in the legislature.

Out of 87 lawmakers, only 34 are women. None are younger than 30. Bowinn Ma, MLA for North Vancouver-Lonsdale, is 33. She’s an amazing woman who is carving her own path in politics, but asking her to be the voice and represent the interests of all women under 35 in B.C. is a tall order.

But the good news is we are slowly catching up! After last year’s election, the number of female B.C. lawmakers increased by one per cent! (I’m sorry, I can’t contain my sarcasm here.)

The same thing happened in our national elections. There are 338 MPs in Ottawa — only 92 of them are women. That’s 26 per cent. To be fair, that is a gain from the previous election, where 25 per cent of MPs were women. Another one per cent increase!

Pro Rep Down Under

Let’s think about New Zealand. In the 1996 election, the number of women elected grew by seven per cent. What happened in that year? New Zealand switched to a Proportional Representation system.

New Zealand’s first female prime minister took office right after Pro Rep was introduced, in 1997. Since then, three of their five prime ministers have been women. You know how many women have been elected prime minister of Canada? None. (Kim Campbell was not elected, she became PM after Brian Mulroney retired, and lost the election a few months later.)

In fact, around the world, the countries with the most women in government all use proportional systems, where you get what you actually vote for. And not just white women — people of colour are also represented at higher rates in Pro Rep systems.

What can we do?

Canada’s low numbers are not only embarrassing, they are a big problem for women’s day-to-day lives. This means it is mostly men making decisions for us. About things like taxes on tampons, lighting at that creepy bus stop, funding for programs for sexual assault programs or support for children from low-income families.

I truly believe more women in politics would tip the scale. And in this era of #MeToo, when so many women are standing up together, I know we are on the edge of something great.

Imagine if female politicians had more allies to stand with them when they spoke out against the violence and insults they dealt with. Imagine if we had more role models for little girls to look up to.

This fall, with the referendum on Pro Rep, we have that chance.

A lot of people will be telling you to vote against Pro Rep. Take a good look at what those people look like. (Hint: they look a lot like the people at the top of this page…)

Do you think they have felt the frustration of working hard every day of their lives, only to watch that promotion go to a male co-worker? Do they know how to politely smile while being harassed by a customer because their income depends on tips? Have they ever had to make the choice between feeding their children and paying rent, like many B.C. mothers who parent alone?

And ask yourself why they are raising such a fuss. More women and more people of colour in politics is good news for most of us, but it means the old boys’ club that’s used to running the province has to take up less space.

That’s why they are against changing a system that only benefits themselves.

This is our chance. We can turn the tide on how women are treated by our government. We can create a system that allows everyone’s voice to be heard. We can shape our future into what we want it to be.

It all starts right now. www.VoteBC.ca

2 Responses to “Where are all the women?”