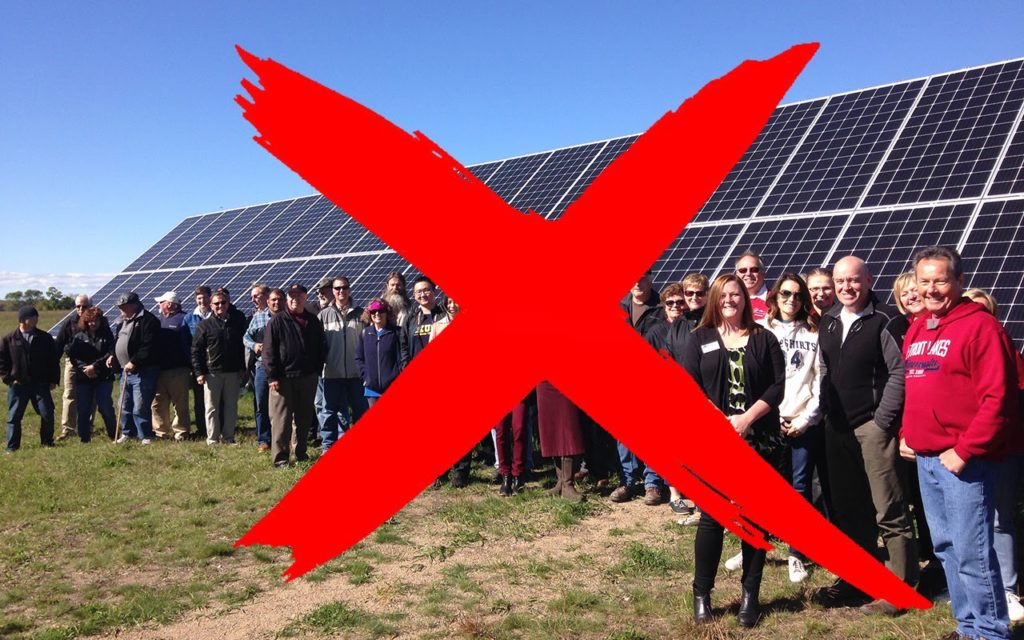 Why is BC Hydro blocking a renewable revolution?

Local communities could generate affordable, clean power – and free themselves from fossil fuels. To an energy monopoly, that’s a threat.

In the New York Times bestseller Drawdown, groundbreaking research by one of the best scientific teams ever assembled concluded that if we act right now, we have both the time and technology to stabilize our deteriorating climate. Despite the battles we’ve lost, a big reason for their conditional optimism is readily available renewable energy.

There’s an assumption B.C. is powered by ‘clean’ hydro, but the reality is most of the energy we use is fossil fuel: gasoline, diesel, natural gas and furnace oil. Electrifying transport and buildings is our biggest opportunity to cut emissions. It could save households thousands of dollars a year, and create an army of good-paying local jobs.

But it will require a lot more juice. A pressing question is: do we rely on last century’s destructive meg dam model to create it? If we don’t build new renewable capacity quickly, we could find ourselves charging electric cars with coal power purchased from Alberta or Wyoming.

But rather than encourage people trying to generate clean, local electricity, BC Hydro is cancelling existing contracts and trying to kill new projects in the cradle.

The urgent case for renewables

Globally, renewable energy is a game-changer for our climate. In free market settings, it now outcompetes conventional fossil-fuel generation systems like coal-fired or continuous cycle gas turbines. Since power generation is the single largest source of GHGs on the planet, making the switch to clean energy drastically reduces emissions while stimulating local economies.

In western Canada, a drop in the cost of photovoltaic cells means large-scale solar farms and rooftop solar are now the most affordable forms of new power. That’s led more than 2,000 B.C. households to join BC Hydro’s net metering program – where customers use ‘smart’ meters to connect solar panels on their roof to the grid, earning a credit on their bill that slowly offsets the cost of the equipment.

It’s a start. But without accessible financing, tax credits or other incentives, most families can’t afford the up-front cost of solar panels. And now BC Hydro is trying to stifle the net metering program, complaining that some customers are generating too much clean power. Yes, you read that right: too much!

The fight for Indigenous utilities

Meanwhile, Indigenous communities are leading the way in developing ambitious and affordable clean power projects. But BC Hydro has been indifferent at best, and in some cases actively hostile.

The Tsilhqot’in Nation recently cut the ribbon on a new 1.25 megawatt solar farm west of Williams Lake. Built on an old sawmill site, the project employed an all-Tsilhqot’in construction crew and will provide steady revenue to the nation once BC Hydro flips the switch. 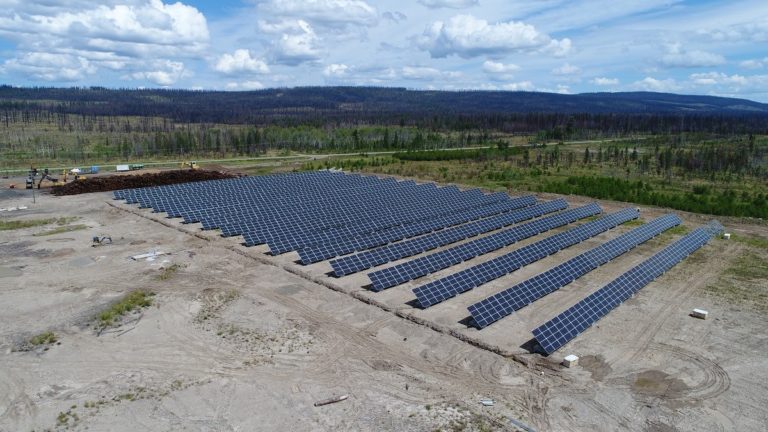 It’s one of five Indigenous-owned projects announced by BC Hydro in 2018, before it abruptly cancelled its Standing Offer Program. Since then, First Nations have had to use whatever leverage they have with the province to negotiate one-off electricity purchase agreements.

The Upper Nicola Indian Band got BC Hydro to agree to buy power from its solar project near Merritt, but only because the utility wanted to build a major transmission line through the community. The Fort Nelson First Nation is now pursuing a geothermal project with a special permit from the province. But other communities have had the door slammed in their face.

The desire to improve people’s lives and fight climate change inspired Ktunaxa energy champion Marty Williams to propose a large scale solar farm in his home community of ʔaq̓am – a project he’s been working on for more than 10 years. I listened to his story while attending Clean Energy BC’s Generate 2019 conference. I’ll be interested to know if you feel the same conflicting emotions of inspiration and anger after you hear it.

Ktunaxa territory stretches across the East Kootenays. It’s an almost indescribable place comprising broad valleys and high peaks with beautiful intermontane plains. It’s where the Columbia, the most important river west of the Great Divide, originates. It’s part of the breadbasket comprising British Columbia’s hydro-electric generation system. Half of all the electrical power produced in B.C. comes from the Columbia system.

British Columbians have derived huge benefits from, and may even feel a sense of pride in, the tremendous amount of stored hydro power we control. That’s probably because it didn’t cost us our land or livelihoods. When we travel through the valleys of the Columbia we see majestic lakes, huge slow-moving rivers and impressive dams. First Nation’s elders like Marty see underwater graves, flooded village sites, unuseable hunting territories and rivers without salmon.

A chance for climate justice

The proposed 26 megawatt Ktunaxa solar farm could be an affordable source of renewable power twenty times the size of anything built so far in the province. ʔaq̓am has a construction partner signed and ready to go. They’ve selected a site and completed an archeological survey. The project would sit under power lines already running across the reserve. But BC Hydro refuses to sign.

Adding insult to injury, a visiting bureaucrat told the community at ʔaq̓am they should scale their project down. To dream small. And maybe, they said, hook up some solar panels to the local casino. This in a year when reservoirs across B.C. were low (proving to be a recurring phenomenon) and we imported $55 million worth of dirty energy to make up the shortfall.

All the Ktunaxa are asking for is a chance to generate the power needed to tackle the climate crisis, which threatens us all. A chance to employ their people in economic development opportunities that don’t pollute or destroy their territory. The flippant response from our government makes my blood boil.

A couple of weeks before she was replaced by Bruce Ralston, energy minister Michelle Mungall was overheard musing that independent power was on the run and, if we really did need solar in B.C., we could trade California for it.

Mungall’s backwards take is galling. A joint UVic/ UBC/Oregon State study released last fall confirms we’ll need twice our current generating capacity to make the transition to electric transportation. With electric car adoption rates in B.C. already surging, I think the government is underestimating the public’s desire to be part of the solution.

Politicians are not alone in this regressive attitude. We are also up against the entrenched power of BC Hydro, whose monopoly allows it to dictate how energy is produced in the province. The corporation’s mandate is to make as much money as it can today – not plan for the climate crisis. That’s why they’re swapping hydro power for dirty coal power from Idaho, while refusing to buy energy from local communities.

There’s also immense bureaucratic inertia. The top executives at Hydro and its energy trading arm, Powerex, are the highest paid and most powerful civil servants in the province. They are fully entrenched in the status quo. That needs to change.

It’s time for the people of B.C. to start taking back decision-making power over our energy future. 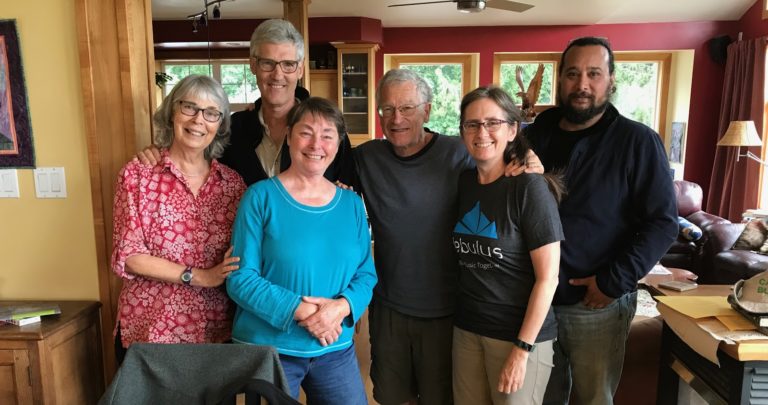 The fight for Local Power

When local communities are partners in creating new power, our grid not only becomes more resilient – it becomes more democratic. Investing in solar panels on your roof does more than power your car. It feeds the money currently swallowed by behemoths like Exxon to local tradespeople.

Now, if utility-scale Indigenous power were to start replacing the fracked gas we use to heat our buildings, B.C.’s future only gets brighter. Why wouldn’t we join with Indigenous communities fighting for climate justice and local power: they’re the ones leading the charge.

The Ktunaxa, Tsilhqot’in, Nlaka’pamux, Nuu-chah-nulth, Tahltan, Dunne-za, Cree: these are people whose land B.C. invaded, pillaged and flooded to build the old economy. Yet they are offering to help us make the transition because our collective futures depend on it.

We have the technology to do what we need. What we lack is the political will. Or more accurately, we lack an organized constituency willing to battle the powerful interests that stand in our way. That’s why Dogwood is building a new Local Power campaign. To kickstart the renewable revolution by removing obstacles to community-driven clean electricity generation all over B.C.

When local people take control of their own energy, emissions go down and opportunities go up. This is how to grow our democracy – and slow the kleptocracy. It’s time to get to work rewiring our communities so we can free ourselves from fossil fuels and strengthen our communities for what’s to come.

58 Responses to “Why is BC Hydro blocking a renewable revolution?”