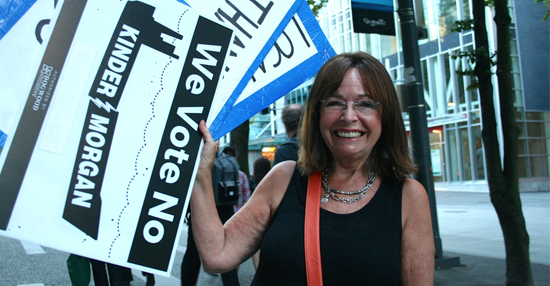 Where we’re going from here

Four Dogwood staffers give you their perspective on next steps in the fight for B.C.’s coast, air and democracy under a new government

What a week! Well, actually, what a couple of months!

We launched the Ban Big Money campaign in Spring of 2016. Since then, Dogwood supporters and British Columbians at large have tirelessly worked to make this a key issue of the May 9 election — and it continued to dog Christy Clark’s government in the months that followed.

We have seen the New York Times’ groundbreaking exposé (using Dogwood’s research on Kinder Morgan’s suspicious approval), Christy Clark drop her “second salary”, an RCMP investigation digging for possible “straw donors” — none of this could have happened without the voices of British Columbians who care about our province and democracy.

And now we have three parties all advocating for the gold standard of campaign donation laws. Here is what leadership from each party has said about banning Big Money:

“Government should be owned by the people of B.C. – not bought and paid for by corporations and rich donors.” – Premier-designate John Horgan.

“For 16 years, the Liberals have had the opportunity to reform our outrageously lax campaign finance laws, which have been subject to international scrutiny. For 16 years they have failed to act while continuing to accept millions in corporate donations.” – B.C. Green Party leader Andrew Weaver.

We have won. British Columbians should celebrate. For the first time since we launched this campaign, all three parties are on board.

But we can’t rest yet.

We need our new premier, his cabinet and all MLAs in the legislature to understand we mean business. We won’t accept anymore empty promises. We need to ensure the incoming laws are strong — the gold standard. We need to make sure they address all of the current gaps in the system and prevent future problems.

And we need answers for policy decisions made under the cloak of secrecy and possible corruption. Because if politicians issued permits, gave contracts or created laws under the influence of Big Money, they should be held accountable. We need a Corruption Inquiry.

Will, on B.C. politics and strategy…

In a changing world with growing political and social uncertainty, one thing has stayed constant: the extreme partisanship in Victoria. I can’t remember the last time the official opposition supported “good policy” of the government or the government supported a policy from the opposition.

But that may just flip now with the John Horgan-led minority government in alliance with the budding Green Party.  Before politics in B.C. was ruled by party leaders acting with an iron fist. Now with the hung parliament, every MLA suddenly matters.

Backbenchers from all parties are suddenly positioned to exercise real power. If one doesn’t show up, abstains or flips on a crucial vote, the government could fall. This is unprecedented, but what it means in the real world is difficult to predict.

I expect Premier Horgan will appoint a huge NDP cabinet, because he is going to want as much of the NDP caucus in the room as possible to bind them to cabinet discipline and confidentiality. The NDP, already known to whip almost all votes, will likely try to increase its hold over MLAs, but how individual MLAs respond is uncertain. Perhaps some MLAs will embrace their newfound leverage and start pushing pet policies; perhaps they will all fall in line behind their leaders. Only time will tell.

Now that Christy Clark has lost her tight hold on her party, it will be interesting to see how individual BC Liberal MLAs respond to her as leader. Will she be able to maintain discipline and caucus support, or will individual MLAs – bewildered by her Throne speech adopting of much of the Green/NDP agenda – begin rebelling. I predict a leadership race within three months.

The Green Party is at a crossroads. Was 2017 the watershed that launched them into party status permanently, or was it just a one-off? Much depends on how the new three person caucus play these first few months of the alliance. Will they be seen as the poor step-siblings of the NDP or as honest brokers that bring an independent perspective to the legislature? Time will tell, but I suggest that the Greens should prepare their own legislative agenda with proposals that will garner support from both the BC Liberals and NDP.

While pundits are predicting the new government won’t last, I disagree. If the NDP-Green alliance can get through the first few weeks, I think their Confidence and Supply Agreement will carry them for awhile. The dangerous time will be as we approach summer 2018 — five to six months before the municipal election — and the looming electoral reform referendum.

Will the major resource industries gang up against the new government, like they have in the past, and threaten the NDP with a capital strike? Probably! Expect to hear a lot from the mainstream media – mostly owned by free-market ideologues — about the uncertainty created by the “socialist hordes.”

Overall, the fragile majority means the government will have to keep it simple; little other than policies agreed to in the Confidence and Supply Agreement will be acted upon by government. That said, there are huge opportunities for Private Member’s Bills to become law.

Arie, on Dogwood’s Beyond Coal campaign…

It’s certainly been a wild ride for folks working to stop thermal coal trains in B.C

We have a new government. And each of the three parties have taken a stance on coal. This comes after over four years of urging from health professionals, more than a dozen municipalities and tens of thousands of B.C. voters.

Christy Clark vowed, two weeks before the May election, to ban thermal coal exports from B.C. ports. It marks a 180 degree turn from the Party’s previous stance — which was that regulating the health and environmental impacts of thermal coal was “not in their jurisdiction”. We’re glad to see they had a change of heart, regardless of the political motivation behind it.

The BC Liberals stated if the Prime Minister will not implement an outright ban, the province will impose a hefty levy on thermal coal — one so high it would choke off any potential for thermal coal trains from Montana to pollute their way through our province. Contrary to what Rachel Notley says, this move is legal, as long as it applies to all thermal coal from all jurisdictions equally. The new opposition has an opportunity to make their mark by putting their promises on this file into action.

The BC Greens support an outright ban on thermal coal, and agree that putting a price on thermal coal to end its free ride through this province is the right thing to do.

The BC NDP committed to conducting comprehensive health reviews of coal projects in the province.

Together, the BC Greens and NDP have pledged to expand the carbon tax and to begin increasing it by $5 per year starting in 2018 — this is the perfect opportunity to make sure coal producers pay their fair share.

Dogwood will work with every party to quickly act to stop thermal coal exports in their tracks, starting by calling for comprehensive health reviews of coal projects and implementing a levy on this toxic product.

Sophie, on Dogwood’s No Tankers campaigns…

When Christy Clark approved Kinder Morgan this past January 11, it was a year to the day from her government’s submission to the NEB opposing the same pipeline and tanker project. At the time I couldn’t believe her gall. Though now of course we are all too familiar with our ex-premier’s policy flip flops.

I knew then this May’s provincial election would be absolutely pivotal in our fight to stop Kinder Morgan’s oil tanker expansion plans. That’s why we organized like hell to get our friends and neighbours out to vote. And that’s why we’re in the unprecedented position we are now.

Now, 44 of our elected MLAs have signed a Confidence and Supply Agreement committing to “employ every tool available to the new government to stop the expansion of the Kinder Morgan pipeline.” B.C.’s Lieutenant Governor has done her job with dignity and will give them a chance to govern.

Greedy Texas oil executives may be desperately digging in their heels — announcing their final investment decision and revving up to bring in the bulldozers in a mere matter of months. But B.C.’s new government has a vast toolbox at their disposal to stop them.

It can all start as soon as a new Attorney General sits down at their desk. From there, the B.C. government could stop fighting the Squamish Nation on their provincial court challenge. Instead, they could agree that Squamish’s rights had been violated. Our new government could start living up to their promise and moral responsibility to respect Indigenous rights to consent over dangerous projects in their territories. Boy, would they ever get to show up Justin Trudeau in the process.

Having cancelled the Environmental Assessment Certificate that Christy Clark’s oil patch donors bought, the new government can restore credibility to the broken review process that got us here. They can reform our province’s environmental assessment laws. They can put Kinder Morgan through the rigorous health, safety and drinking water review we deserved the first time around.

The federal government and industry pundits can whine all they want about investor uncertainty or getting resources to market. We’ll know, as always, that this is about something much bigger.

If we stay organized, British Columbians can chart a new path forward together. We can get serious about respecting Indigenous rights. Protecting water, health and safety. Fostering a sustainable 21st century economy and a safe climate for our kids.

Add your voice to show that we’ll stand strong against Kinder Morgan. Better yet, join a local organizing team so we can be even more effective holding this new government to account.

2 Responses to “Where we’re going from here”