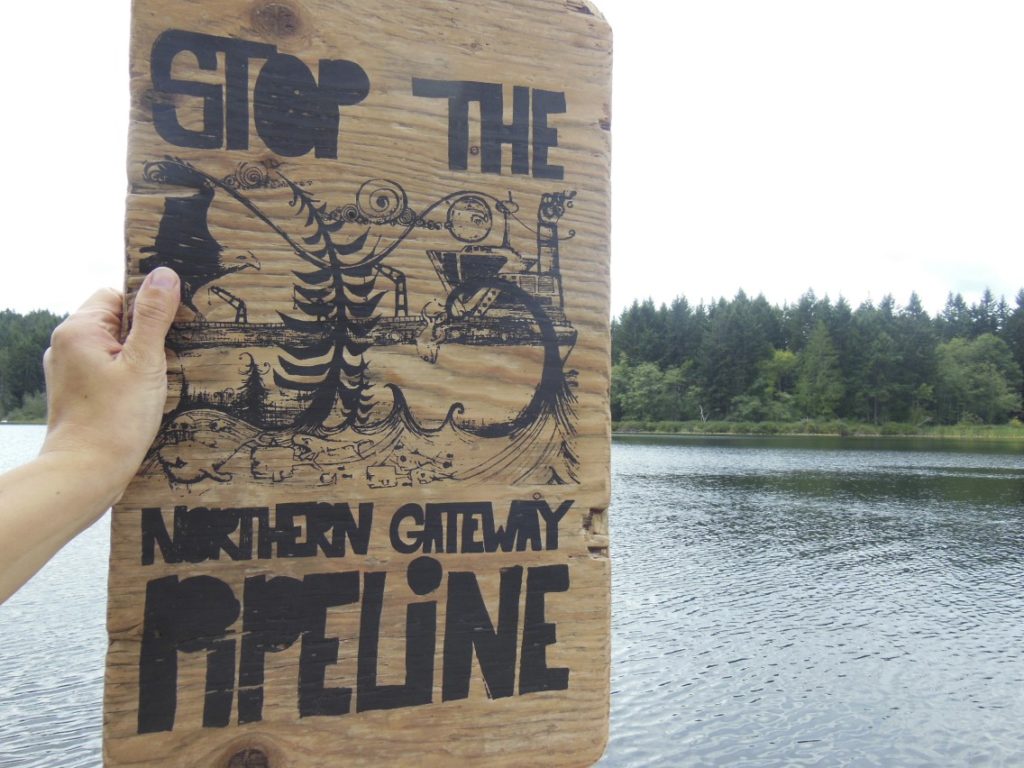 The No Tankers movement could change politics in B.C. forever

“It’s not enough that we do our best; sometimes we have to do what’s required.”

In December when the federal review panel announced their recommendation to approve Enbridge’s oil tanker and pipeline proposal I was disappointed, but not surprised. I always knew it would come down to a political decision. Still, it was a sad day for Canadian democracy – almost none of the testimony the panel heard supported an approval. A clear majority of British Columbians don’t want this pipeline, nor the hundreds of supertankers and immeasurable risk it would bring to our province.

Prime Minister Harper’s cabinet will now decide whether to approve the proposal. While all signals indicate the federal government will go to great lengths to push this unwanted oil tanker proposal on an unwilling province, how Premier Clark will respond remains unclear. Will she stand up for B.C. as she promised during the election, or cave to pressure from Ottawa and Alberta? Will she stand by the B.C. government’s official opposition to the proposal, or sell out our coastal economy for a quick buck?

Before I go on, it’s worth a refresher on what Enbridge is proposing:

Northern Gateway would push two pipelines through unceded First Nations territory. The pipelines would cross hundreds of salmon-bearing streams and pass through sensitive habitat for grizzlies and caribou to carry the dirtiest oil on the continent to supertankers the size of the Exxon Valdez, which would carry the crude through 140 km of winding rocky fjords into waters that Environment Canada has classified the fourth most dangerous to navigate in the world. All this so the government of China – a notorious polluter and human rights violator – can refine it into petroleum products. Coastal spills of diluted bitumen would be virtually impossible to clean up and devastating to local communities, ecosystems and economies. Stopping this madness is not about doing our best; we need to do whatever is required. The only way to win against a powerful force like Big Oil is to organize people on a scale that cannot be ignored.

That is why Dogwood Initiative is launching the largest organizing effort in B.C. history. Our staff and local team leaders, along with many other groups and organizations, will be taking at least the next six months to train up the 9,885 volunteer canvassers we believe we’ll need to expand the No Tankers network in this province from 152,000 today to 496,509. We need to get huge and well organized in order to be prepared to launch a citizen’s initiative if federal cabinet approves the proposal and Premier Clark betrays her campaign promise and allows Enbridge to proceed.

A recent article in the Globe and Mail reconfirmed an important part of this whole story. The province does have the power to block tanker and pipeline proposals to B.C.’s coast. Here’s a statement by Environment Minister Mary Polak:

“As previously stated by Premier Clark and (then environment minister Terry Lake), British Columbia has the authority to grant or withhold approximately 60 permits related to pipeline construction.”

As we saw with the HST fight, B.C voters are a formidable force if their Premier says one thing during the election and does the opposite after. All eyes are on Premier Clark to see if she will stand up for B.C. or commit a betrayal of HST propositions.

The good news is British Columbia has Canada’s only direct democracy tool to hold our provincial leaders to account. If we can organize enough support in all 85 ridings, we can make it a political necessity to stop the expansion of tanker traffic that threatens our province and coastal economy.

We’ve already started. Since launching this campaign in late December, almost 10,000 people have pledged to support a citizen’s initiative if it comes down to it. More than 1,000 people have requested training to organize their friends and neighbours. There are No Tankers supporters in every riding in the province.

As this movement grows, it could change politics in B.C. and Ottawa forever. And boy, does our political system ever need to change.

If democracy was working here in Canada, then the No Tankers campaign would already have succeeded. Our political leaders would have listened to the massive uprising of official and informal opposition and done the right thing by killing these projects.

Hundreds of First Nations, municipalities and community groups from across the province officially oppose Enbridge’s proposal. Together, we convinced the B.C. government to make official submissions opposing it. More than a thousand people – including scientists, doctors, ranchers, fishermen, grandmas, parents and engineers – jumped through an unprecedented number of bureaucratic hoops and delays to voice their opposition to the joint review panel.

In its official submission to the federal regulatory panel, the province concluded, “[It] cannot support the approval of or a positive recommendation from the (panel) regarding this project as it was presented,” adding “‘trust us isn’t good enough'” with regard to Enbridge’s promises about oil spill response. Like many of you, I have been incredibly frustrated watching our elected representatives and government institutions play political football with the lives and livelihoods of hundreds of thousands of British Columbians who rely on a healthy coast.

I feel like actor Peter Finch in the classic movie Network, who famously leaned out a window and screamed, “I’m mad as hell and I’m not going to take it anymore!” Screaming out the window might be cathartic, as would another big rally or protest, but it would be just more noise in a first past the post political system deaf to opposition voices.

Now is the time to do what is required. Now is the time to be bold and take risks, because so much is at risk if we don’t. We need to be strategic and organize in a way that can change the political calculus on tanker traffic in our province forever. It won’t be easy, but by systematically organizing ourselves in all 85 ridings we can become a political force that cannot be ignored.

Over at least the next six months Dogwood volunteer organizers and staff will be reaching out to British Columbians from all walks of life in all corners of the province. We believe that by training, supporting and networking people together to advocate for their values, we not only can stop attempts to expand oil tankers in our fragile waters, but we can fundamentally change how politics is done in B.C.

We can’t do this alone. We need people like you to step up and get involved. And we’re pleased to say it is already happening. Thousands of people are already on board, we will be going on tour around the province in February, and neighbourhood teams are already getting to work. We’re on the way to achieving our ambitious goals, but we can only win if we do this together. History belongs to those who show up and organize. Let’s make history together.

Still have questions about the citizen’s initiative strategy? Read our FAQ.