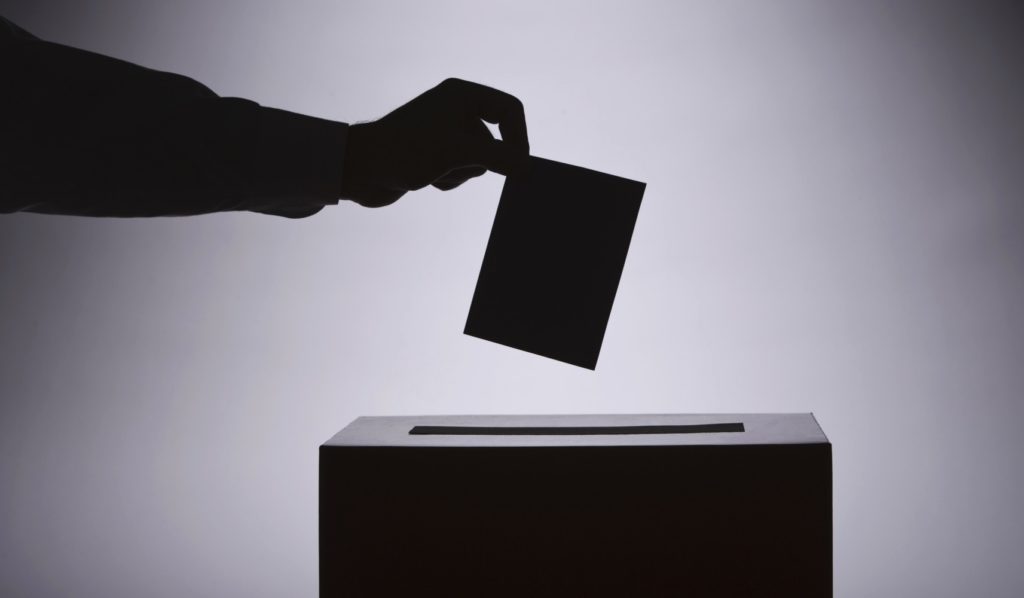 What exactly is Proportional Representation?

Don’t let them fool you. This vote is easier than you think.

Have you ever felt like those in power don’t represent you? Or that your vote doesn’t make a difference anyway? You certainly aren’t alone. This fall, B.C. has one shot, one opportunity to ensure every vote counts. But you need to cast a ballot to make it happen.

There is a group of old school politicians, lobbyists and political insiders who do not want our voting system to change. They are spending a lot of money and time to confuse and scare you. They tell us that the referendum is too complicated and we won’t understand it.

Don’t let them fool you. Changing the entire political system so it actually reflects regular British Columbians is easier than you would think — you don’t even have to leave your house.

Here’s what to do

First, check your voter registration. If you’re like me — under 30 years old and changed your address more times than you can count — you probably need to update your mailing address. If you move often or are a student, make sure your address is updated with Elections BC.

Please note: after November 23 at midnight, you will no longer be able to request a ballot or update your voter registration.

You will receive your ballot between October 22 and November 3. Mark it and pop it in the mailbox nearest you for a seamless democratic experience. It’s that easy.

Elections BC must receive your ballot by December 7. 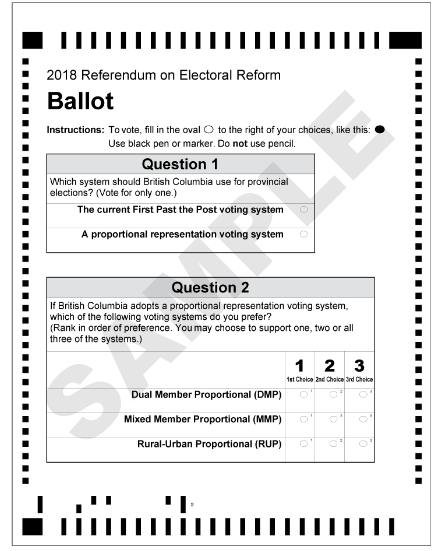 The ballot for B.C.’s vote to change our voting system to Proportional Representation

First-past-the-post is past its prime

Our current voting system is called First-past-the-post (FPTP). It’s kept elites in power since the 1950s. It’s helped keep young people and marginalized communities down. It elected Doug Ford, Donald Trump, Stephen Harper and Christy Clark, all with less than 50 per cent of the votes. With FPTP, less than half of the votes essentially equals 100 per cent of the power. That’s unfair.

So, 40 per cent of the votes (like Stephen Harper received) would equal 40 per cent of the seats in the House of Commons. Makes sense. It is also more likely to elect more women and minority groups while encouraging collaboration between parties. That means fairer representation for everyone.

Don’t stress too much about this — all three options are better than our current system. Just choose the one you think will work best for you and your community.

Here they are in a nutshell:

With DMP, most voting districts are combined with a neighbouring district and represented by two MLAs. The first seat in a district will go to the candidate with the most votes. The second seat goes to a party. Each party’s share of seats equals the amount of the popular vote they received.

With MMP, there are two different types of MLAs — district and regional. District MLAs will be elected based on who gets the most votes, like our current system. The regional MLAs represent multiple districts and are allocated to parties within a given region, chosen from party lists. The district and regional MLAs add up to roughly match the party’s share of the popular vote.

RUP combines two voting systems. Rural areas will use MMP (see above). Urban areas will use Single Transferable Vote (STV), with multiple MLAs elected in larger districts. Voters rank as many candidates as they like on their ballot. Districts have a minimum number of votes required to win one seat. When a candidate exceeds the quota, their extra votes are transferred to the voter’s next choice. Again, these seats roughly add up to a party’s share of the popular vote.

The choice is yours. Remember: all three options are better than our current system. All of them.

Don’t let others decide your future for you. Vote for Proportional Representation and make sure every British Columbian has a seat at the table.

It all starts here: www.VoteBC.ca

22 Responses to “What exactly is Proportional Representation?”