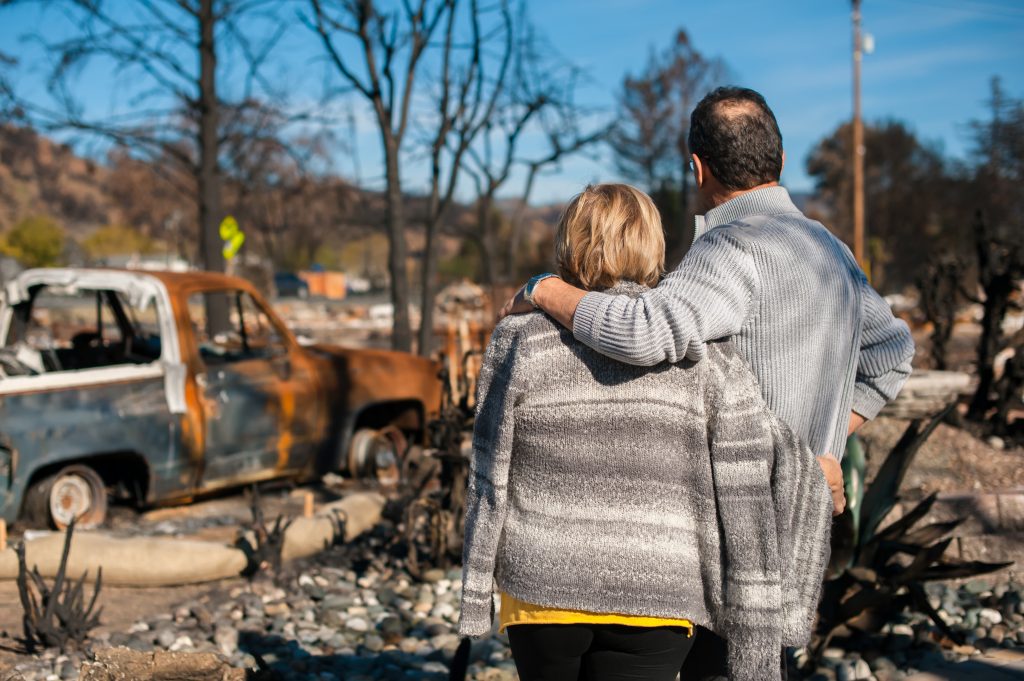 What if help never comes?

If governments don’t prioritize emergency response, how will community members keep each other safe?

The first time was last spring, in the early days of the pandemic when I was working from home while trying to parent at the same time.

My three year old son was playing outside while I sat inside with the front door open responding to e-mails. When I realized I hadn’t heard a peep from him for a few minutes, I went to check on him. He wasn’t there.

I called for him in the front yard, then the back. I ran around the house twice before going inside to look. Up and down the stairs, I called his name. Throwing open closet doors, checking under furniture. Nothing. I started to panic.

The operator picked up right away and stayed on the line with me while I went full-sprint running around my neighbourhood screaming my son’s name.

After an agonizing 14 minutes, which may as well have been 14 hours, I found him… under the covers of my bed! My shirt was soaked with sweat and I full-body cried with relief. I was grateful to my neighbours who had helped me and to the person who talked me through what was in the moment one of the worst 14 minutes of my life.

The second time I called 911 was a year and a half later. I was on a boat raft up at Russell Island, and around midnight my uncle fell between two boats tied closely together, cracking his head on a handrail on the way down.

He disappeared into the dark water, and for a few seconds we didn’t know if he’d find his way back up. The space between two rafted boats is small, and falling between them in the dark is definitely a way to drown. Thankfully, he popped back up, unconscious. We dragged him into my parents’ boat, his head bleeding profusely and his eyes unfocused, and called 911.

This time was different

The phone rang multiple times before we reached the operator. It was more than 10 minutes later when we spoke to ambulance services and another 10 minutes until we got an answer on whether an EMT could meet us at the nearest dock.

My uncle was lucky. And we had medical supplies on board the boat to make up for the lack of medical help. But after hearing other similar stories, I was unsettled.

Then late last year, an announcement from E-Comm, the company contracted by the B.C. government to answer 911 calls. Due to the volume of emergency calls versus the number of operators who can answer them, 911 operators have been instructed not to stay on the line with people while they wait, in some cases much too long, for emergency responders to arrive.

By doing so, those operators can answer more calls, thereby not leaving people in crisis waiting on a ringing phone. But it’s a temporary solution that leaves a lot of folks in the dark, often while they’re alone living out the worst moment of their life.

There is a larger problem not being addressed.

Why is this happening?

911 and the medical system at large aren’t crumbling because emergency operators, responders and health care workers aren’t capable. Or even because of COVID, though that has certainly expedited things. Nurses and firefighters I know have been talking about a lack of proper staffing and resources for years leading up to COVID-19. And much like scientists calling for climate action, they’ve been largely ignored.

It’s frustrating to watch governments hand out Band-Aid solutions for deep rooted, existential problems with the health care system and climate change. “Long term thinking” doesn’t seem to be a concept our provincial or federal governments are acquainted with. A big picture approach or an overhaul to the system isn’t happening. It feels more like we’re getting reactive patchwork.

The costs to this approach will be devastating.

Not every sector has been experiencing the same death by a thousand cuts. Oil and gas companies in B.C. have actually seen a steady increase in handouts to prop up their operations. In fact, their 1.3 billion dollars a year in subsidies paid for with our tax dollars is on track to go up. Then there’s the forestry industry, which the government has long given a “credit” program that allows logging companies to harvest bonus old growth that doesn’t count toward their licensed limits.

It’s sure comforting to know that when we pay our taxes each year, more than a billion dollars of that money is going to help oil and logging companies make the climate crisis worse.

What Canadians have been learning — the hard way — is that the essential services we count on are being under-resourced by government for decades. This is especially true for Indigenous peoples and those living in rural communities.

Lack of services for expectant mothers living outside city centres, for example, has meant many women have had to travel hundreds of kilometres away from their families and support systems to give birth. This disproportionally affects Indigenous women.

And in the moments before the flooding in B.C. late last year, several Indigenous communities said they received no warning from the government that the water was coming, and have received little help since. ​

So while for some a disruption or lack of care isn’t new, it’s certainly getting worse — for all of us.

As a result, more of us are going to find ourselves alone and at risk when climate disasters strike. The financial costs of “fixing” these increasingly brutal catastrophes is frankly, not sustainable. Emergency spending will only take more money away from climate adaptation and social services, funnelling money to the things on fire rather than what’s at risk to burn next.

Reading through articles from all of the climate disasters that struck B.C. in the last year, what is consistent is the overwhelming local community support people received. What’s missing is any evidence the province was prepared or had put aside enough funding.

Because B.C. has spent decades prioritizing an economy fixated on resource extraction and funding industries like oil and gas rather than fortifying the services meant to keep us healthy and safe, the repercussions of climate change are hitting communities harder. We should all be expecting a lot of the following from now on:

Though catastrophe after catastrophe will teach some of us that we need to adapt (those who can afford it, anyway) it doesn’t appear that, as a society, we’re changing the policies and decision-making that are wreaking havoc on our trusted institutions, like our healthcare system.

Should we just scream into a pillow every day, or is there something else we can do?

We need some big things to change. Like better policies that prioritize protecting and supporting the people who need it most. More accountability from politicians and a strong democracy, which includes more participation from us all. To achieve those things, people need to come together and demand it.

Granted, those things take time. While we work toward tackling the big picture, we also need to be ready for the next flood or multi-day power outage.

First off, try to connect with neighbours and local community members to strengthen your relationships. These will be the people you call when your food runs out or your child is lost and you need help looking. Humans are predisposed to act cooperatively and help others, especially in a crisis, and we’re going to need a lot more of it as time goes on.

You’re also going to need supplies, whatever it takes to keep you safe and comfortable: a battery station or small generator for power outages, reserved food for supply shortages, weather-mitigating supplies like gravel or sandbags, a yard or neighbourhood set up to slow or stop a fast-moving wildfire.

Check out these slides to get some ideas.

Planning in advance, even if you can only afford to do it a little bit at a time, could pay off big when you need it most.

But if you are lucky enough to have ample resources and community support, look around for the people you know who will be vulnerable and make plans to support them, too.

The time to mourn the loss of comfortable modern life is coming faster than we thought, and it’s time to face the reality of what lies ahead: a heavier reliance on local community and mutual aid.

At the same time, we can never let our leaders off the hook for failing to prepare for what’s ahead. We need to keep pushing them to invest in a true climate emergency plan, and the public services that keep people safe. Otherwise, the day may come when you or I call 911 — and nobody picks up.