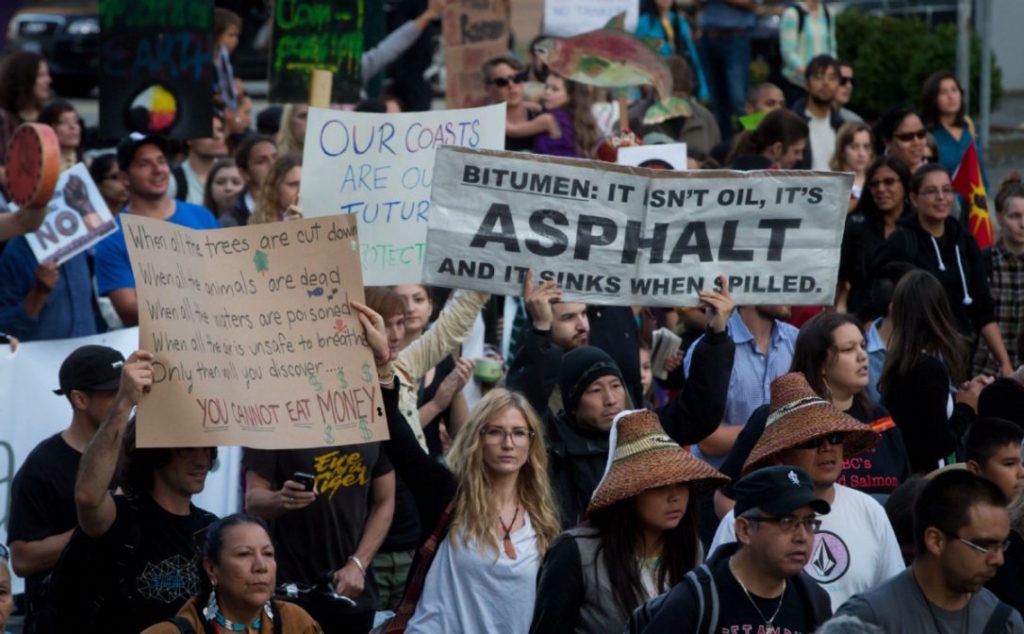 The west wants out

This article originally appeared in the Toronto Star.

Earthquakes happen rarely in Canadian politics, but the fault lines are shifting again on the West Coast. As the next federal election draws closer, conditions below the surface should remind political observers of another seismic event a generation ago.

Back in the early 1990s, Stephen Harper and the insurgent Reform Party forced a tectonic shift, unleashing a powerful wave of western alienation that has realigned Canadian politics to this day. Their slogan was: “The West wants in.”

You could sum up the feeling in British Columbia lately as, “The West wants out.” Today you could get in your car in Kenora and drive clear across the Prairies to the coast without ever leaving a blue Conservative riding. But the road through the Rocky Mountains could become tricky indeed if Harper’s party doesn’t change course.

The central question for British Columbians, as it was for Albertans in the 1980s and ’90s, is this: who gets to decide what’s in our best interest – Ottawa or the people who live here?

As pundits debate the technical merits of crude oil and coal export proposals through B.C., they miss the deeper sense of alienation that’s taking hold. British Columbians and especially First Nations are growing increasingly resentful of decisions they feel have been imposed on them from the outside.

A poll this year by the Manning Centre (led by Harper’s former boss, Preston Manning) found fully 68 per cent of people in B.C. feel the country is going in the wrong direction. Asked why the number was so high, the former Reform Party leader said “pipelines.”

People in B.C. don’t want out of Canada, but they want out of the Harper government’s national energy plan, such as it is. Becoming a fossil-fuel export “superpower,” in Harper’s words, holds little appeal for communities caught between Alberta’s oilsands and the refineries in Asia.

What shifted the tectonic plates in Alberta over decades was the chronic feeling that the federal government was preoccupied with Quebec and Ontario, leaving the West to act as the piggy bank for central Canada.

The earthquake was triggered by then prime minister Pierre Trudeau, whose infamous National Energy Program was seen as a way to redistribute wealth generated in the Alberta oilpatch to Ottawa.

Albertans were furious. A popular sticker on many truck bumpers at the time read: “Let the eastern bastards freeze in the dark.” (A reprint would probably do a brisk trade in many B.C. communities today.)

Twenty-five years on, the centre of power has shifted to Alberta. The National Energy Program is replaced in the current drama by the the National Energy Board, tasked with rubber-stamping the Enbridge and Kinder Morgan pipeline proposals. The electoral battlegrounds are different, but the conversations on the doorstep remain the same.

Harper is the grassroots activist who once wrote to Alberta premier Ralph Klein: “It is imperative to take the initiative, to build firewalls around Alberta, to limit the extent to which an aggressive and hostile federal government can encroach upon legitimate provincial jurisdiction.”

Now Harper is the federal government, responsible for pushing unwanted projects on an unwilling province. It’s startling how far he has strayed from his populist, Reform Party roots.

Here’s another way of understanding the situation: imagine Enbridge’s crude oil pipeline and oil tanker project had been proposed for Quebec and not B.C.

What would happen if Ottawa appointed a three-person panel to review a controversial infrastructure proposal and not a single Quebecer was appointed to the panel?

Suppose before the panel even held hearings, a federal cabinet minister blasted citizens signed up for the pipeline review as “foreign radicals,” working to sabotage Canada’s national interest? What would the local newspapers say when leaked documents revealed Harper had sent CSIS and the RCMP to illegally spy on peaceful opponents?

If Ottawa forced through such a project in the face of majority opposition in Quebec, the pundits wouldn’t be talking about respecting the “due process” of the hearings. They’d be using the s-word.

There is a major difference between B.C. and its provincial cousins to the east. Here, the land question was never settled. First Nations for the most part have never signed treaties with the federal government. Mix in the alienation felt by everyday voters and the political stakes are high indeed.

Underestimating the tectonic shift underway in British Columbia could lead to a political earthquake in 2015. The results could change Canadian politics for a generation.