Our weapon to stop oil tankers: the fax machine

Have you sent anyone a fax lately? Me neither, but we’re all going to learn how.

That’s because Enbridge’s permits for the Northern Gateway oil tanker project are due to expire at the end of the month and the company has been forced to beg for an extension with the National Energy Board. Why? Because not a single oil company is willing to sign a shipping contract with them.

Something funny must be going on at the NEB though, because they’re actually accepting PUBLIC COMMENTS on Enbridge’s permit application. This gives us a great chance to show the board — and politicians — that B.C.’s rejection of this project hasn’t changed.

But because we’re talking about the NEB, there’s a twist: you can only submit your letter by fax or snail mail.

It’s becoming almost funny how out of touch our national pipeline regulator is.

And it seems ‘out of touch’ is contagious. The reason this letter writing is even a thing is because a socially awkward oil company just can’t take a hint. Enbridge wouldn’t be doing this unless they had some hope that British Columbians might give them a wink and a smile and say “Forget all that stuff we said before. We changed our mind – you are the pipeline for us.”

Well wake up, Enbridge. No means no.

Writing your letter to the NEB could also go beyond influencing the pipeline regulator – these messages will no doubt be weighed by the real decision-makers in the PMO. “If I have the honour of becoming Prime Minister,” said Justin Trudeau in June 2014, “the Northern Gateway Pipeline will not happen.” Trudeau is now gauging the willingness of British Columbians to accept this tired proposal, testing whether the promise he made leading up to his appointment will be remembered before he and his cabinet make the final decision.

So, there you have it. British Columbians are being forced to jump through hoops (again!) just to have the chance to comment via FAX MACHINE on a major decision being made about our home by people in Calgary and Ottawa, most of whom weren’t even elected. And while we don’t have much time to laugh at the ridiculousness of this situation, we DO have a workaround. That’s right: you can (surprisingly) send a fax via the magic of the internet. The deadline is June 27, 2016, so read on for a letter writing how-to, then click the link to compose your masterpiece.

The NEB is not accepting form letters of any kind, so please adapt the following arguments based on your concerns, interests and expertise on the Northern Gateway proposal:

For example, “I am writing today to state my opposition to granting the Enbridge Northern Gateway Project’s sunset clause extension request.”

In mandate letters issued to the Minister of Transportation, Marc Garneau and the Ministry of Fisheries, Oceans and the Canadian Coast Guard, Prime Minister Justin Trudeau requested they implement a legislated oil tanker ban on B.C.’s north coast.

Several statements by the Prime Minister, his office, and Ministers Garneau, McKenna, and Tootoo back this up.

Carrying out the Prime Minister’s orders means Northern Gateway can’t be built because the whole proposal hinges on sailing hundreds of foreign supertankers into the north coast port of Kitimat to load up with diluted bitumen.

The fact the Government of Canada intends to formalize an oil tanker ban —  and that it does so with the support of First Nations, municipalities, scientists,  the Province of B.C. and its citizens — should be a major factor in the NEB rejecting Enbridge Northern Gateway’s permit extension request.

The NEB says it will only consider “new information”, i.e. stuff that has happened since the last federal government approved the project in June 2013. For example, the landmark study by the National Academy of Sciences on the fate and behaviour of diluted bitumen once it spills. Spoiler alert: it sinks. Or the goal of limiting global warming to 1.5 degrees, adopted  by the new Canadian government in Paris last fall. That kind of thing.

It never hurts to remind them that the people who have to live with the consequences of the proposal (i.e. British Columbians) really, really don’t want it built.

Make sure hard copy letters get mailed to Calgary before June 27, 2016. The address is:

Secretary to the Board

Last person on Earth to own a fax machine? Send your own!

Once you’ve joined us in inundating the NEB’s fax tray or post office box with letters, please share this blog and encourage your friends and neighbours to drop them a (fax) line too!

With the majority of us opposed to increased oil tanker traffic on the B.C. coast, it’s important to grow our collective voice and send a powerful message to our political representatives.

And if they want us to dust off ye olde fax machine to deliver that message, so be it. But personally, we prefer the internet route. 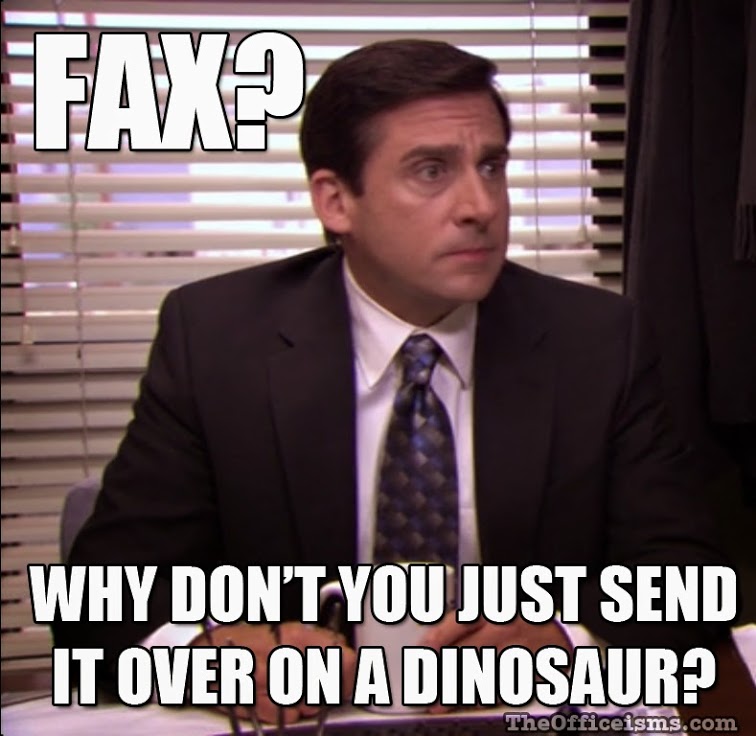 6 Responses to “Our weapon to stop oil tankers: the fax machine”