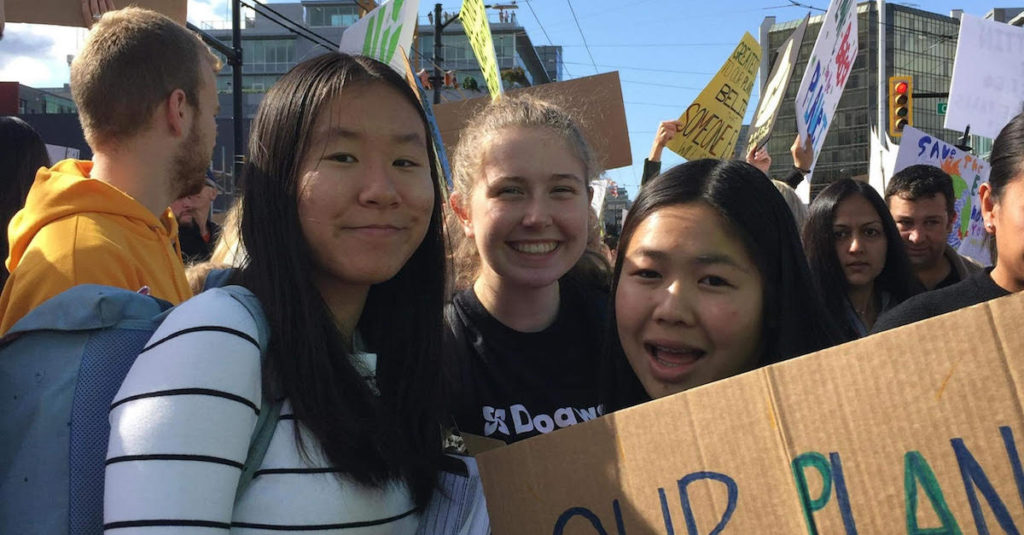 If I could vote

How giving youth a ballot will turn the tide on climate

Global warming. The rapid decline of our environment. Air pollution. Water pollution. Mass extinction of species. This all feels as though it should only ever be a horrific scene unfolding in a nightmare. We wake up and hope it’s not really happening. Unfortunately, this is our reality.

Although climate change is happening now, the worst impacts will be felt by future generations. We know this, yet when governments make decisions everything seems to be pushed back, to be dealt with at a future time.

As a teenager, it’s frustrating growing up and seeing these environmentally damaging decisions. I feel powerless. No matter how much I talk and write about my concerns, they will not be valid in the eyes of elected leaders or political hopefuls until they have the chance to win or lose my vote.

This is why we need young voters. We need more people voting for the future. Simply by being young, we will bear the brunt of the impact of climate change. Youth have the most to lose and we deserve a voice. We bring a new perspective to the table – that of passion, creativity and urgency to conversations about climate change.

For more than 150 years, humans have relied heavily on coal, oil, gas and other fossil fuels to run our lives. As a result, greenhouse gases released from these fossil fuels are reaching historically high levels.

One of the largest sources is the burning of these fuels to generate power. Coal, oil and gas are burned, emissions are released into the atmosphere, and then we burn more. This cycle is detrimental to our environment and our communities, but the systems and ways of life seen as normal in rich countries heavily depends on it. Or at least many of us are convinced we must depend on it. Large corporations pour billions of dollars into convincing us that we need the fossil fuel industry. Our government gives subsidies and bailouts to oil companies – not to mention, Prime Minister Trudeau bought a pipeline. It all funds a continuous cycle that ends in polluting the air, water and heating Earth. All in the name of power. But it doesn’t have to be this way.

Renewable energies don’t emit the same amount of carbon dioxide and other greenhouse gases. Done correctly, they are produced from sources that don’t deplete and that can be replenished within our lifetime. Solar power, wind power, tidal turbines, geothermal energy – the list goes on – are all renewable energies we can introduce or expand the use of to phase out harmful fossil fuels. Taxpayer money used for fossil fuels can instead be invested in renewable energy sources, creating a safe future and long term jobs. Both of these things are essential to my generation’s future.

Youth get it. We understand that political will is determined by votes. We know that without a vote we can’t compete with oil industry lobbyists. Politicians like to parade young people out and talk about our future, but when it comes to hard decisions they won’t meet our eye.

Lowering the voting age to 16 in B.C. would allow the voices of those who will be most affected to be heard. My friends and I – as well as the tens of thousands of youth that fill the streets during climate marches – will vote with the environment as a priority. Renewable energy is important to us because we see the global impacts of climate change happening here and now. We are terrified by the predictions of storms, extinctions, fires, and diseases that will increase with climate change, that will increase as we live. If we continue down this path of exploitation and emissions, we will have a future of fear and uncertainty.

Please sign our petition to lower the voting age

One response to “If I could vote”