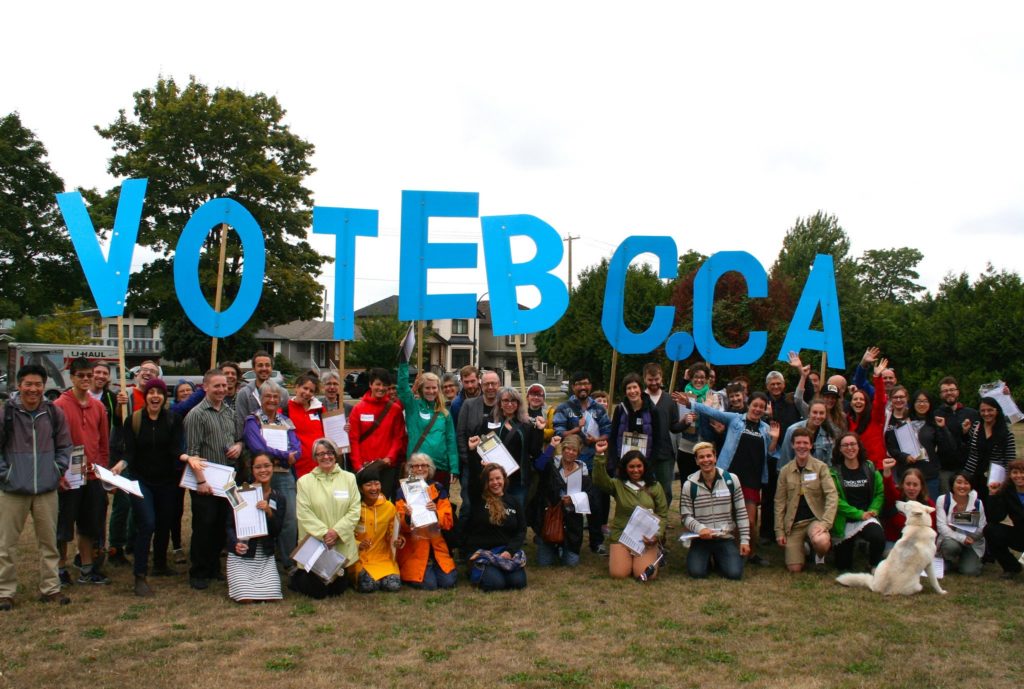 VoteBC will launch on Aug. 5 starting with a canvassing blitz in Conservative MP John Weston’s West Vancouver riding. Driven by 2,800 volunteers from fifty-seven teams in ridings throughout B.C., VoteBC will roll out billboard and radio advertising, in-depth, riding-level polling, online engagement, phone banking and door-to-door canvassing in a strategy proven to increase voter engagement and turnout at the polls.

On Aug. 5 our canvassing teams will inform West Vancouver voters where candidates stand on key issues such as increased oil tanker and pipeline projects and government surveillance. Throughout the election, canvassing teams and volunteer-led phone banks will be targeted to increase voter engagement on key hot-button issues in British Columbia.

“The outcome of the federal election could well be decided right here in B.C.,” Dogwood Initiative’s Executive Director Will Horter said. “By taking action, British Columbians can stand up for what they believe in and make sure they elect candidates who will defend our coast from the threat oil tankers.”

“An early election will give our organizing efforts a boost,” said Celine Trojand, Dogwood’s Director of Organizing. “This is where months and months of team building pays off. This is where Dogwood Initiative’s organizing teams help put the people pack into politics.”