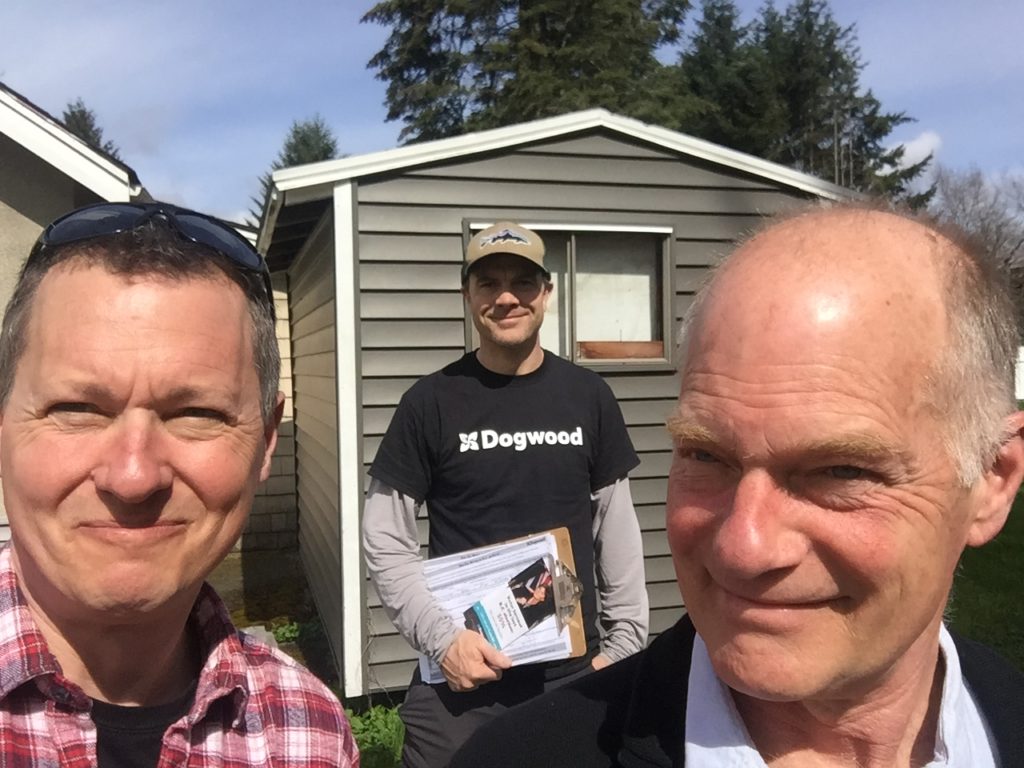 Today the BC NDP’s Ronna-Rae Leonard was officially declared the winner here by 189 votes.

Like the 43 other Green and NDP MLAs who now hold a majority in the B.C. legislature, Leonard won on a clear promise to stop Kinder Morgan and get Big Money out of politics.

What just happened here in Courtenay-Comox reminds me of the quote by Margaret Mead I always see printed on signs and t-shirts at rallies:

Never doubt that a small group of thoughtful, committed citizens can change the world; indeed it is the only thing that ever has.

Sometimes, when you are up against powerful interests with lobbyists, TV spots and a multi-million dollar budget, it seems that a small group wouldn’t even make a dent.

But sitting in Courtenay today, I can tell you that Margaret Mead was 100 per cent right. A roomful of people — the team I help to organize — may have just stopped Big Money from buying another majority government in B.C.

Our small group made 1,041 phone calls to help Dogwood supporters in the riding make a plan to vote. We also knocked on hundreds of doors in neighbourhoods across the riding, texted 1,115 folks and sent voting info by e-mail to 2,282 supporters in Courtenay-Comox.

We didn’t tell anyone who to vote for, but we did stress the importance of participating in the election if they wanted to make progress on the issues our community is passionate about. People here got the message: voter turnout in the riding was 69 per cent.

If we had stayed home, if even one of my team members had sat this one out, Premier Clark would be celebrating a majority win and Kinder Morgan would be firing up the bulldozers.

And it’s not just in Courtenay-Comox that volunteer time and energy moved the needle. While the impact was most obvious in the Comox Valley, Dogwood teams, other groups and everyday British Columbians made a difference all across B.C.

So the next time you are feeling outnumbered and outgunned, or it seems like the other side has all the power, just remember that a roomful of people, or even a single volunteer, can change the future of an entire province.

It’s always been that way. Sometimes history sends us a reminder.

Thanks to all of my fellow volunteers across the province. Together we changed the course of politics in B.C.

4 Responses to “Victory in Courtenay-Comox”