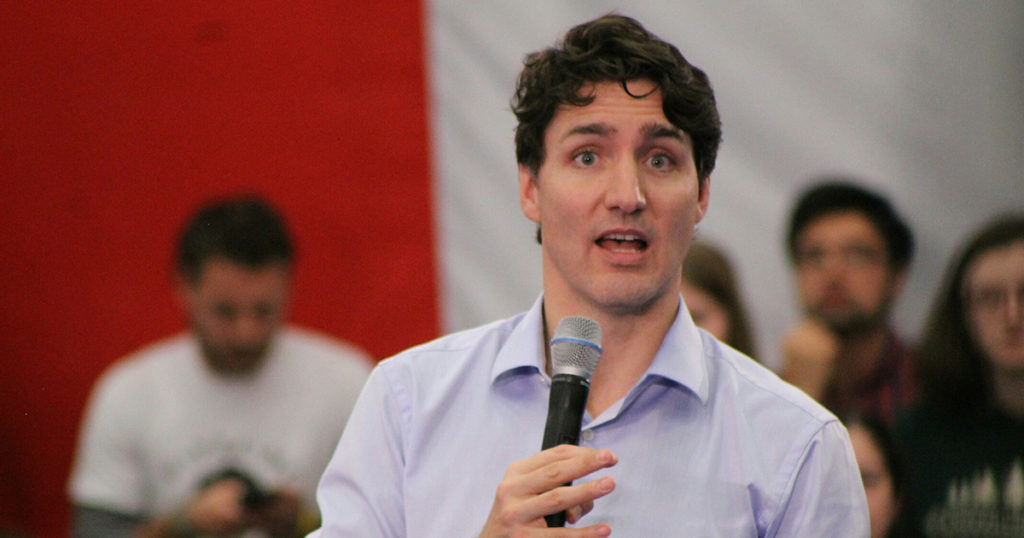 The decision was a huge victory for the First Nations — in particular, the Tsleil-Waututh, Squamish, Sto:lo (Aitchelitz, Skowkale Shxwa:y Village, Soowahlie, Squiala, Tzeachten, Yakweakwioose, Skwah, Kwaw-Kwaw-Aplit and Ts’elxweyeqw), Coldwater, Upper Nicola and Stk’emlúpsemc te Secwepemc — that fought for so many years to defend their rights, lands and waters. It was a win for B.C.’s southern resident orca population, and their legal champions Raincoast, Living Oceans and Ecojustice.

It was also vindication for the First Nations leaders and analysts who criticized the rigged review process from the get-go. Including, as it turns out, the Prime Minister.

Justin Trudeau promised a new Nation-to-Nation relationship. He said he would fully implement the U.N. Declaration on the Rights of Indigenous Peoples, which includes the principle of free prior and informed consent. When APTN asked point blank if no would “mean no under your government,” he said “absolutely.”

Well, he lied to Canadians. He paid lip service to First Nations communities, and sought to meet the bare minimum legal standard for consultation on pipeline and tanker expansion through their territory. And still, he fell short, as the Federal Court of Appeal ruled last week. As the judges ruled: “More was required of Canada.”

Justin Trudeau circa 2015 could’ve told him so.

Justin Trudeau also acknowledged Stephen Harper’s NEB review process was fatally flawed. He committed to overhauling it. And when he visited Esquimalt, B.C. on the campaign trail in 2015, he promised that overhaul would apply to Kinder Morgan’s Trans Mountain oil tanker project too.

That was yet another lie. After winning power, Trudeau relied on Harper’s broken NEB review as the basis of his government’s approval. And last week, the court ruled that same process was “so flawed that it was unreasonable for the Governor in Council to rely upon it.” In particular, the NEB failed to properly consider the expansion of oil tanker traffic and the associated risks to the endangered southern resident killer whales.

No one to blame

Based on these promises, the Liberal Party of Canada won a majority by a 14-seat margin on October 19, 2015. They picked up 15 seats in B.C.

If they’d kept those promises, they might not have suffered last month’s crushing legal loss. Indeed, the First Nations and environmental groups may not have needed to mount court challenges in the first place.

The Trudeau government’s Trans Mountain expansion approval process was unlawful. It has been quashed by Canada’s courts and sent back to the drawing board. Politicians aren’t above the law — and if they’re going to respect the rule of law, that means missing next year’s construction season.

The Prime Minister has nobody to blame but himself, and his own broken promises.

13 Responses to “Lies and losses”