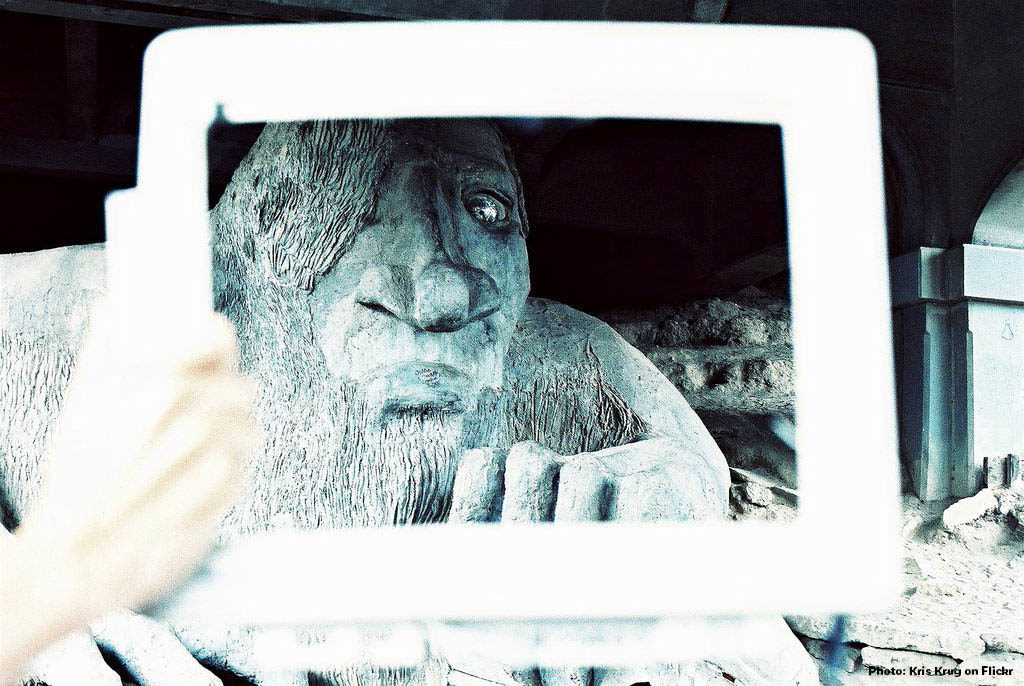 The bigger British Columbia’s network of climate activists gets, the harder Big Oil wants us to fall

Every morning when I come into the office, I see them lined up. Sometimes eight, ten, twelve, twenty. Like an egg that has hatched overnight, a small army has come marching out and is standing, waiting to be invited in.

Twitter bots. Maybe you’ve heard of them? We’re learning more and more about the ways powerful people and heavily resourced groups are using Twitter and other social media platforms to change the stories people are telling, hijacking conversations and sending people off into the world armed with whatever talking points suit their agenda: changing policy, getting elected, selling oil.

Well, now that Dogwood’s supporter base is getting bigger, stronger and more influential — rivaling the size and organizing capacity of some of our province’s major political parties —  we’re experiencing a Twitter bot attack of our own. Phony Twitter accounts set up by unknown ne’er do wells are clamouring for the attention of our staff and those who follow us.

And it doesn’t stop online.

After proving how effective our grassroots volunteer teams can be in getting out voters during election time, not to mention the part our supporters played in getting Enbridge scrapped and Kinder Morgan on the ropes, pro-oil groups have renewed their focus on our work: how we do it and who funds it.

We now find ourselves in the crosshairs of controversial columnists like Vivian Krause and Tom Fletcher, who have both tried to hack at the integrity of Dogwood’s work and funding with their dull “journalistic” machetes.

Then you have outlets like The Rebel (not associated to Krause or Fletcher) who, in between inciting racial fears and fielding allegations of mismanaging donor money, has taken cracks at us by way of troll Christopher Wilson, using eerily similar talking points to online prodders like @Envirowatcher and the ironically named @FriendsOScience. Their criticism? That grassroots organizations like Dogwood are foreign-funded — a shell for American oil and gas that wants to thwart Canadian oil exports.

Excuse me while I snort.

Make no mistake, though, these people write articles convinced the value systems and intentions of groups like Dogwood are a sham, looking for dark corners where nefarious activity is happening to shine their flashlight of justice into, only to find…nothing. But despite failed attempts, they are growing increasingly aggressive and even seem to be gaining ground in some circles.

And while Dogwood is upfront about who we are (Canadians, mostly British Columbians), where our money comes from (mostly individual donors, some Canadian grants, some American, some contract income from other like-minded organizations), and how we spend it (staff, volunteers, the usual stuff, with no non-Canadian funding going to any of our election work), these people are not.

The recent meltdown at The Rebel is a perfect example of a group trying to blast Dogwood for taking “foreign funding” while they themselves receive huge chunks of dough from American groups. For what? We don’t know exactly because they don’t disclose their income sources. But if I had to guess, I’d say the organizations sending them cheques want to undermine work done by groups that will lead to progressive policies and end fossil fuel expansion. And who’s doing that well enough that it’s worth the price of attack? Looks like…us.

Getting back to Vivian Krause, here you have a regular troll of environmental groups like Dogwood that are working to protect citizens from damaging  industry projects. Her writing consists of piecing together bits of information while leaving gaping holes in her argument that shortchange readers from hearing the full story. Where does her seeming obsession with environmental group funding stem from? Well, she herself has said she received 90 per cent of her income from industry. It’s even been reported that she accepted a $10,000 cheque just to speak at an energy executive meeting.

Krause says she is not a “trained journalist” or paid to break down Dogwood — she claims to do “investigative journalism”. But it is reportedly by collecting fees from industry that she’s able to continue writing articles that push along the false narrative that maligns environmental groups like Dogwood. I guess we’re to assume one has nothing to do with the other.

Lobbying groups like the Canadian Association of Petroleum Producers (CAPP) and Canadian Pipeline Association, as well as the Albertan government, all have money to burn and a desperate need to see their dying industry suck the last bit of life they can out of the land and people in Canada. Compared to their massive budgets, Dogwood operates on chump change. How much are they willing to spend to undercut our work? It’s anyone’s guess.

Normally Dogwood’s policy around human trolls is to ignore them. They are obvious in their attempt to harass and distract us from the work we do running campaigns — underwritten by hundreds of thousands of real British Columbians — that have been winning the war against risky oil tankers, uneconomic U.S. thermal coal expansion projects and getting shady corporate donations out of politics. But the attacks are escalating and we’re starting to see some writing on the wall. And after seeing what happened to Leadnow last spring, our hunch is  Dogwood will soon be the target  of a coordinated public attack.

Without sounding too tin foil hat-y, we have a theory: in the next couple weeks Post Media will publish another Vivian Krause attack column in the National Post or Vancouver Sun with another round of outrageous claims about Dogwood. Perhaps she will even publish a report regurgitating her conspiracy theory. Then, the paid pro-oil sands trolls will blitz us on social media, followed by nameless complainants reporting Dogwood to Elections Canada or to the CRA. Conservative Senators like Linda Frum will “sound the alarm” and try to get us on the defensive. Their goal: to slow or stop our work.

But as I write this, I know these people and groups aren’t strong enough to stop British Columbians. And that’s the problem trolls like Vivian Krause and the bots can’t overcome: the formidable force of local activists working with First Nations allies to protect their home.

British Columbia is known as the province where pipelines come to die. We are determined, we’re undefeated and now, more than ever, we are organized. And while the troll attacks may slow us at times, it will not break us. We have truth on our side.

One response to “Trolls”