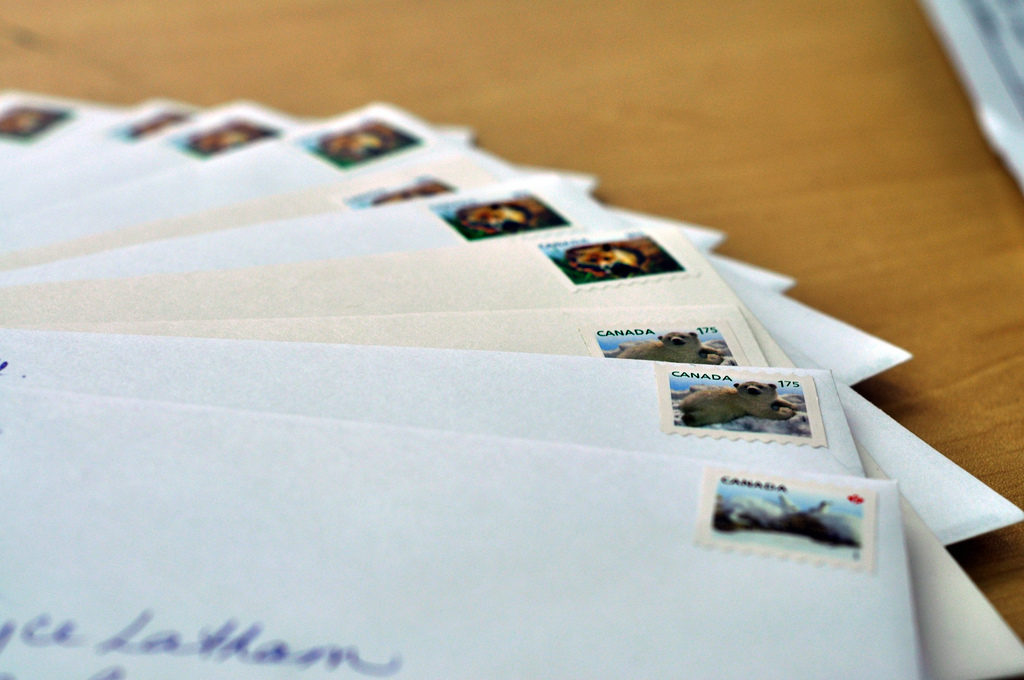 You’ve been downgraded to letter-writer!

Revitalizing democracy is hard. Sometimes it means making hard decisions where the correct path isn’t clear. I felt that when it came time to decide whether to submit comments to the National Energy Board (NEB) on the Kinder Morgan pipeline and oil tanker proposal.

I was torn. Like my colleague Kai Nagata – and tens of thousands of British Columbians affected by the proposal – I had lost all faith that our engagement with the NEB would have any impact on their final decision. But I wasn’t sure I was ready to give up on the chance to have my voice recorded in the official public record and felt a stubborn urge to keep playing democracy – even if the referee worked for the opposing team.

Plus, the implications of the project stare me right in the face every day. I live on Burnaby Mountain just two kilometres from the tank farm and the proposed pipeline route. According to the Burnaby Fire Department, my family stands a chance of being incinerated, gassed or otherwise harmed in the event of an accident or natural disaster at the tank farm. And, even though the NEB determined I wasn’t “directly affected”, my family wouldn’t be able to avoid the impacts of construction and operation of the project.

It turns out I wasn’t the only one wrestling with the choice of whether to participate or quit in disgust. Kai couldn’t decide either so he sent an informal survey to Dogwood’s email list with a simple question: should we encourage commenters to submit letters, quit the process in protest, or submit letters but have some fun with it.

The results were basically an even split: one third said abandon the process, one third were for taking it seriously, and the final third was ready to participate with a twist of mockery and jest.

We have no way of knowing statistically, but I’d bet a similar split happened among the hundreds of people who signed up and were accepted as commenters by the NEB. There’s always natural attrition, but likely a whole swath of people justifiably decided it was not worth wasting their time on a rigged process and quietly gave up.

This ambivalence led Dogwood to reluctantly decide not to recommend any particular path for our supporters. This was not a cavalier decision – we have a long history of engagement with the NEB and all levels of government on the Enbridge and Kinder Morgan proposals. We believe citizens need to show up at key decision points.

In fact, our mission at Dogwood Initiative is to help British Columbians reclaim decision-making power over our air, land and water. That’s why we helped sign up 1,552 people for the NEB’s Enbridge Northern Gateway hearings in 2012.

Of the people who signed up, 843 followed through and made submissions. We were proud that 99 per cent of participants at the Victoria hearings were Dogwood supporters, as well as 79 per cent in Kelowna and 89 per cent in the Vancouver hearings.

But the federal government gutted the National Energy Board Act and Canada’s environmental protection laws. Then the NEB approved the Enbridge proposal despite the fact that 98 per cent of participants (1,516 of 1,547) – and the B.C. government – all opposed the proposal. What is the point of a process if the decision maker ignores all the input?

Those betrayals coloured our approach to the NEB’s process for the Kinder Morgan review. To add insult to injury, the newly-gutted regime at the federal tribunal made it even harder for people to participate, requiring citizens to undergo an onerous and arcane process to apply for the right to intervene in hearing proceedings or even submit a letter.

Nevertheless, at Dogwood we felt it was our duty to help our supporters engage, so we encouraged people to apply and even built a special web tool to help guide people through the ridiculous application process.

After all that, the NEB rejected hundreds of applicants, effectively telling Canadians, you no longer have the right to be heard. Of 2,100 people and organizations that applied to be intervenors, 452 were “downgraded” – told they could not intervene, but were allowed to be commenters (I was one of those). Four hundred sixty eight were rejected from the process entirely  – told they did not even have the right to even file a letter!

Things continued to deteriorate from there. The NEB allowed the proponent to violate a protected conservation area. The NEB allowed hundreds of valid questions from intervenors to go unanswered, cancelled oral hearings, released draft conditions for approval before the public engagement process had concluded and welcomed a former energy consultant to the Ottawa-appointed board just months after he had filed evidence on behalf of Kinder Morgan. And that’s just to name a few of the violations of public trust and democratic principles the NEB and federal government perpetrated in the last couple years.

Given the track record of the Kinder Morgan review so far, if Dogwood had encouraged its supporters to participate whole-heartedly as intervenors and commenters, we could have justifiably be called chumps. In the end, we left it up to each individual to decide for themselves.

Kai chose to have some fun with his submission, writing his brilliant and scathing Ballad of Rich and Bill. I’m not that creative, it turns out, so I stuck with a serious letter using the theme “If this were a credible process…”

You can see my whole letter here, if you want. This last paragraph kind of sums it up:

“If this were a credible process, the people pouring their hearts out to you in these letters would believe it was possible that your board might listen to the weight of evidence and public input and deny Kinder Morgan the permit to build its expanded pipeline and tanker proposal. Sadly, I, like thousands of my fellow British Columbians, have come to the unavoidable conclusion that the federal government has rigged the National Energy Board and your review process to favour proponents and find a way to yes. I do not believe rejection is a possible outcome. Please feel free to prove me wrong.”

No matter where others landed on the “to participate or not to participate” question, I think we can all agree our democratic system is severely broken. We see exactly the same thing on the campaign I direct, Beyond Coal, where the federal port authority has approved a permit for a new thermal coal port at Fraser Surrey Docks despite inadequate assessment, sham public consultation and overwhelming local opposition.

None of these problems can be fixed unless we elect a new federal government in a few weeks. That’s why I’m joining all my colleagues and our thousands of organizers and supporters across British Columbia to make sure people who care about democracy and a future beyond fossil fuels get to the polls on Oct. 19. Please join us!