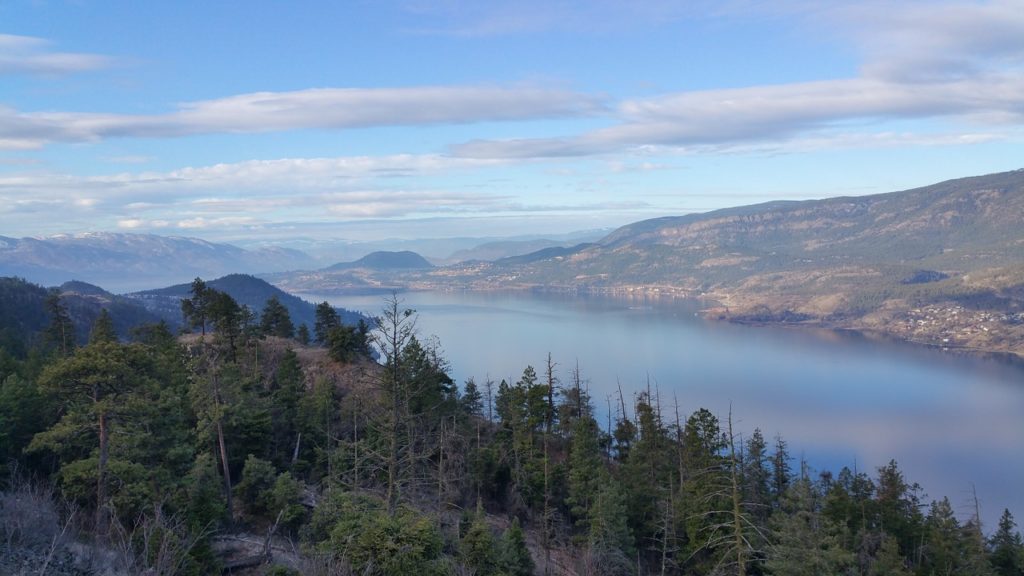 ‘We are so lucky to be able to do this in Canada!’

Tiffany Walsh worked as an organizer for the Sensible BC citizens’ initiative campaign and has been organizing with Dogwood for the past month. She’s a stay-at-home mom, she helps out in her daughter’s classroom and she volunteers for the school reading program – but it’s Tiffany’s basic sense of fairness that motivates her to organize in the Okanagan.

Tiffany grew up in Winnipeg where she completed her degree in education and went on to teach high school history for a few years. During her undergrad at the University of Winnipeg, she had a number of very meaningful volunteer experiences. “I set up a Food Not Bombs soup kitchen and volunteered with Elizabeth Fry advocating for incarceration alternatives for women caught up in the justice system,” Tiffany said.

It was in Winnipeg where she met her husband Zach, who at the time was the singer in a rock band called Stagmummer and whom she thought “looked very cute on stage.” They moved to Chicago for graduate school with Tiffany going into law at the University of Chicago and Zach completing a PH.D. in clinical psychology. There, Tiffany also worked as a staff attorney for the federal court of appeals and volunteered to create a literacy program for Latina women.

In 2003, Tiffany took Barack Obama’s Current Issues in Racism and the Law seminar right before he was elected to the U.S. Senate. “We got to explore how the legal system, which ostensibly provides minorities with formal equality, is in many ways used as an instrument of power against the disempowered,” Tiffany says.

“I remember one day being in class and it came up that I was Canadian, and Obama just smiled and said something about how fortunate I was. I recall the class was discussing some kind of injustice and the implication was that I had it better because I was Canadian.”

They later moved to Providence for Zach’s clinical psychology internship, where Tiffany worked as a pro bono legal advocate for immigrants. It’s also where their daughter Elvira was born.

“She was actually three months premature and it was touch-and-go for a long time,” Tiffany recalls. “That really brought everything into perspective for us. We moved back to Canada, which I believe reflects our social values much more than the U.S., and I decided to stay at home to raise Elvira.”

Tiffany’s lived in West Kelowna for five years now. She picks up six-year-old Elvira from school everyday and they spend lots of time outdoors making art, reading and knitting.

This past fall, Tiffany was very happy to take action against the war on drugs – “a catastrophic injustice” – by canvassing for Sensible BC.

“When I worked as a staff attorney in Chicago, I was appalled at the length of sentences people were given for non-violent drug crimes. For selling small amounts of drugs, people were going to jail for 10-15 years plus. Just horrendous, barbaric treatment,” Tiffany says.

“So I worked as a canvasser here in Kelowna, setting up a petition sign-up table on the street and knocking on doors a few times a week. We had a great leadership team and overall the campaign gathered over 200,000 signatures during our three month time limit – not enough to trigger a referendum, but a remarkable success overall.

“I felt personally empowered just being on the streets and advocating for a controversial cause. We are so lucky to be able to do this in Canada!”

Tiffany wants to help with Dogwood’s campaign out of respect for the First Nations who have signed the Save the Fraser Declaration and said no to the pipeline.

“I respect their decision to ban this and other tar sands projects because it is their land and, having inhabited those lands for thousands of years, I believe they have the knowledge about whether a project is sustainable or not. There seems to be an Indigenous Renaissance going on here in Canada with the Idle No More movement and I believe that movement is an invitation for us all to become involved with issues that impact First Nations and our environment.

“Enbridge is the first step – it’s an invitation for us to stand together with First Nations communities to say no to a project that threatens us all and our future generations,” Tiffany says.

This past month, Tiffany helped organize pledge tables at the Defend Our Climate and March Against Monsanto rallies. She attends meetings, coordinates with those who are interested in participating and encourages more people to help out.

“We need more people to get involved here in Kelowna! I think people are worried about committing the time, but if you have just a few hours a week, that makes a big difference. When I canvassed with Sensible BC I collected signatures two mornings a week when my daughter was in school. The more people that come out to help, the easier it will be for us all.”

When she’s not out door-knocking or leading hundreds of people in a protest chant (like she did for her first time at the May 10 Defend Our Climate rally), Tiffany likes to catch downtime with her husband and try to keep up with Elvira’s many hobbies.

“She loves her cats, camping, hiking, art and yoga. She’s interested in the moon and the seasons and planting things. We just learned to crochet together.”