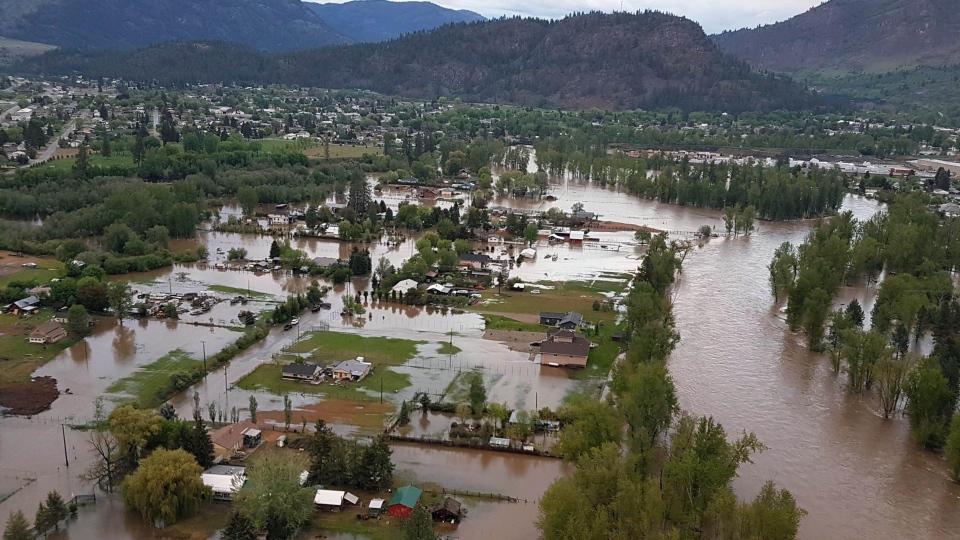 Why are taxpayers stuck with crippling climate costs?

Time to shift the blame where it belongs: billionaires, bankers and Big Oil

On January 28, I joined Dogwood’s Comox Valley volunteers at Courtenay City Hall. We were there to hear Andrew Gage describe why coal, oil and gas companies should help pay for the damage their products are inflicting on our communities.

Andrew is a lawyer with West Coast Environmental Law. We invited him to Courtenay to pitch WCEL’s Climate Accountability Letters campaign to the new city council. Our hope was that Courtenay would join a growing list of B.C. municipalities sending notice letters to Big Oil.

Together, the world’s 20 largest fossil fuel companies are responsible for roughly a third of the greenhouse gases in the atmosphere today. Many have also funded decades-long disinformation campaigns designed to dissuade governments from taking action on climate.

The idea is to get enough Canadian municipalities together to eventually launch a legal action and start recovering costs.

As I watched Courtenay councillors digest Mr. Gage’s presentation, I started thinking about the various ways we’ve grappled with this clear and present danger — and the shifts in tactics we need to make going forward.

With each passing season, liabilities thrust upon us by our leaders’ irresponsible handling of the climate crisis grow. The Insurance Bureau of Canada (IBC) found severe weather last year cost Canadians $1.9 billion dollars. But for every dollar paid out by private insurers, governments pay another three to repair the damage to public infrastructure. 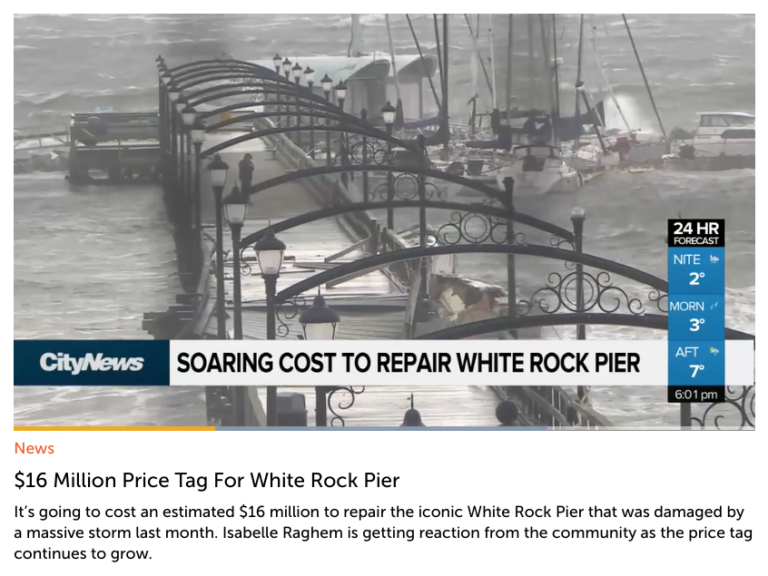 All told, taxpayers faced costs of $5.7 billion in 2018. And as weather events grow more extreme, that number keeps going up. Climate accountability letters are a way for local communities to signal to polluters: we don’t intend to pay for your mess forever.

Practicality aside, there’s symbolism involved here that matters. Oil industry lobbyists are great at deflecting blame for climate change onto everyday people. It’s your fault, they say, for driving the kids to soccer practice. You’re all hypocrites, they say, while doing everything in their power to delay the transition to renewable energy.

It’s time to shift the blame where it really belongs: on the billionaires, bankers and Big Oil companies who have polluted our planet and our politics.

How can a self-avowed progressive like Justin Trudeau listen to the world’s leading climate scientists say we have 12 years to avert climate catastrophe — then turn around and commit $15 billion of our tax dollars to building the Trans Mountain bitumen pipeline? How can Premier John Horgan feel proud of offering $6.6 billion in tax breaks to Royal Dutch Shell and Asia’s biggest state-owned oil companies?

As the climate crisis worsens, Canadian taxpayers aren’t just stuck paying for the damage done by oil companies. We’re also paying them to make it worse. It tells me our tactics need a reframe.

In recent years, when British Columbians stepped up to defend their home from oil companies run amok (for example during the fight to halt Northern Gateway) the path to victory was clear: stop one inch of pipeline heading for the coast and defuse the carbon bomb heading for the atmosphere.

This was a David vs Goliath struggle fought in regulatory hearings, on the streets, at the ballot box and eventually in the courts. That basic template was replicated across the continent, because it worked. The goal was to put a spotlight on bad projects and articulate who stood to gain and who was going to lose. The longer governments and investors were stuck in those controversies, the less likely they would be to see them through.

Despite the righteousness of the epic fable, and real victories achieved, I think this formula has run its course. David can still defeat Goliath, but the battleground is shifting. Oil companies are learning how to flip the narrative so they become the victims, at the mercy of a contrived Big Green machine.

Meanwhile their lobbyists blackmail politicians. If you stop the fossil fuel merry-go-round, they tell our leaders, we’ll pull our investments. Move to some corrupt dictatorship with no rules or regulations. And in the process, we will crash your economy. Millions will suffer. And it will all be your fault.

It’s time to put some backbone back in our politicians. It’s time to rebuild the links of accountability between local people and their leaders. And the easiest place to start is at the level closest to our everyday lives.

An army of Davids

Luckily we’re not starting from scratch. Getting Big Money out of politics was a major step forward in accountability. Now, at least, the most overt influence peddling and vote buying is against the law. Next, we need to build unbendable public pressure for a corruption inquiry, to give people answers as to what the hell happened in our province over the last 20 years. That, too, is about accountability.

Meanwhile, actions taken by municipalities across B.C. are having ripple effects that could lead shareholders to grapple with the reality that profits might soon be directed to funding a sea wall in Courtenay — rather than deposited in their investment accounts. Rest assured our local Dogwood team will be following up with City Council.

And more changes are on the way. In January, Vancouver City council voted to declare a climate emergency. This Wednesday, the Capital Regional District Board in Victoria will meet to consider a similar stance for their region. Yes, there’s a backlash building against these upstart mayors and councillors. But that’s because Big Oil knows the free ride is coming to an end.

Dogwood’s growing campaign against corporate welfare for oil companies, and WCEL’s Climate Accountability Letters campaign are strategies which take some of the pressure off individual citizens and put it where it belongs — on the people who caused and allowed the climate crisis to continue.

I encourage you to consider how this logic might be applied where you live. For example, with a piece of paper, thirty minutes of background discussion and a postage stamp, your local council can put another lawyer’s letter in the mail to the Big 20 fossil fuel companies. If you’re ready to take action, reach out to a local Dogwood organizer.

3 Responses to “Why are taxpayers stuck with crippling climate costs?”