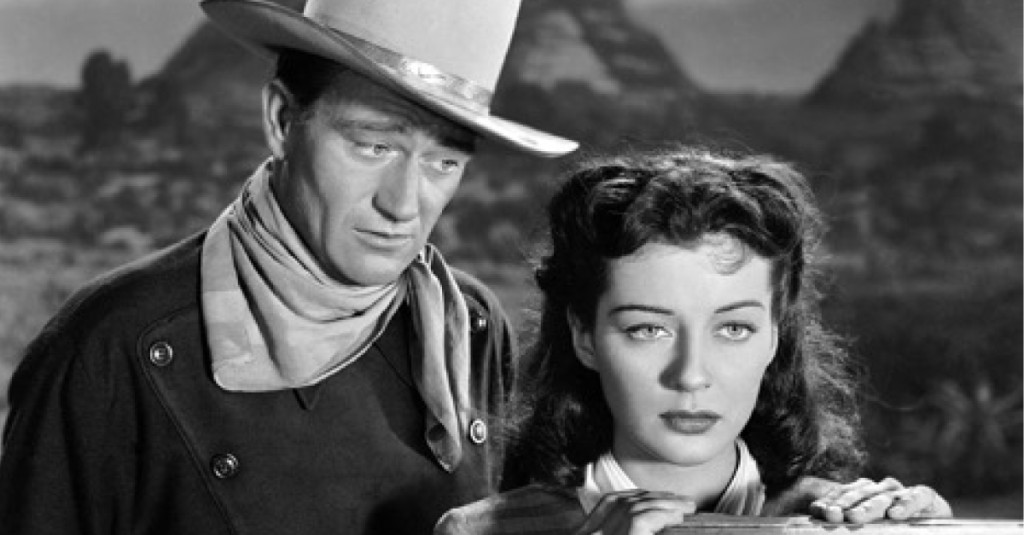 “I just don’t know how much more of this I can take, John.”

I’ve always loved Wild West stories. But I prefer mine in movies, not in the financial disclosure documents of British Columbia political parties.

While those Saturday matinees were comforting, the Wild West of political financing here in British Columbia makes me and an increasing number of British Columbians uneasy: no limits, weak rules, and you don’t even have to check your weapon at the door of the saloon.

Speaking of saloons, back in 2010 the BC Liberal Party received more than $300,000 from liquor businesses. A few weeks later the government made major changes to the Liquor Control and Licensing Act that benefited those same companies. This kind of story is so common, people just roll their eyes.

The influence of big money and special interests over B.C. politicians has corroded political accountability and radically undermined the trust necessary to sustain a healthy representative democracy. This increasingly low-trust political environment has fueled cynicism and civic disengagement, which has in turn reduced politicians’ accountability to the electorate, and increased the likelihood that moneyed special interests will hold sway.

The imaginary cinematic Wild West is a place with no rules, where the rich and powerful dominate, and bullies reign. This is analogous to the sorry state of political financing here in B.C., where any corporation, union or wealthy donor – from anywhere in the world – can give unlimited money to municipal or provincial politicians. All of which is totally illegal at the federal level and in other large provinces.

Big Money in politics is not just an issue out West. In Ontario, citizens are boiling mad at the news that provincial Cabinet Ministers were directed to raise hundreds of thousands of dollars in donations by twisting the arms of the very corporations they are supposed to be regulating. Down south, Bernie Sanders’ increasing momentum is being fueled by people who believe the political class has been bought by big corporations.

This is wrong and it’s corrupting our democracy. In the movies we can always count on a hero like Clint Eastwood, Audie Murphy or Kevin Costner riding in to save the day. The movie hero is usually a sheriff in a white hat, or a nomadic gunslinging cowboy riding a white horse.

Unfortunately, in B.C. no cowboy is poised to ride in and clean up the mess.  We can’t count on lawmakers to fix the problem. Christy Clark’s token promise to provide “real-time disclosure” on who is donating what to her party is inadequate in a province awash in political money. Indeed, it puts the onus on citizens to check donation records daily to see which companies are buying access.

It’s too bad Elections BC has chosen to be the weak cowardly Sheriff in British Columbia’s ongoing Wild West financing story. To be fair, as the lawman Elections BC is outgunned, with insufficient staff, weak regulations and very limited tools.  This is an ongoing problem than neither the BC NDP, nor the BC Liberals seem willing to address.

Dogwood found this out in 2006 when we complained about the BC Liberals’ failure to accurately disclose 478 donations totalling $510,140.49 in their 2001 election year report, and a similar pattern in 2005.

Although Elections BC confirmed our findings they imposed no penalty. In a May 16, 2006 letter to us they stated,

Our complaint wasn’t a complete waste of time. In order to analyze the donations, Elections BC had to create a database for political donations. It’s no coincidence that since then BC political donations have been searchable through the Financial Reports and Political Contributions System.

British Columbia follows the pattern of Wild West films in other ways. Western films often portray the conquest of the wilderness, the subordination of nature, or the confiscation of the territorial rights of the original inhabitants of the frontier. As First Nations can attest, the same holds true for Big Money political donations in British Columbia.

The biggest donors are corporations. Companies like Enbridge and Kinder Morgan, which are still trying to force unwanted pipelines through unwilling communities to get Alberta’s toxic, sinking bitumen onto oil tankers to China. Or corporations from Alberta, Texas and Malaysia such as Alta Gas, TransCanada and Petronas, which are lobbying for more fracking and gas export terminals. Logging corporations like TimberWest and Teal-Jones are clear-cutting fragile watersheds and the last old-growth rainforests on Vancouver Island, construction contractors working on the Site C dam and  huge polluters like Imperial Metals – the mining outfit responsible for the Mount Polley disaster – all are big-money political donors.

It seems like an insurmountable problem, but at Dogwood we know organized people, properly focused, can beat organized money. We’ve seen that in pipeline plebiscite votes in Kitimat and Sooke, and in municipal elections all around the Salish Sea, where Kinder Morgan spent lavishly on ads in 2014. However, the more cash our opponents pump into our political culture to buy access and influence, the harder it is to overcome.

The scale of powerful corporate interests trying to buy influence continues to grow.  In 2014, the BC Liberals raised $10.1 million — more than $5 million donated by corporations — while the BC NDP only got $3.2 million, including $132,000 from corporations and $384,000 from unions. But unlike the movies it’s not just one town or ranch under siege, it’s democracy itself.

Can we expect our political leaders to take bold action? Are British Columbia’s political parties going to “unilaterally disarm” themselves? Doubtful!

Despite heavy criticism of her anonymous $5,000, $10,000 and $20,000 a plate private dinners, Christy Clark and the BC Liberals refuse to change the rules. Clark claims donations to her party have no influence on government decisions.

But Big Money donors seem to think otherwise. ‘Condo King’ Bob Rennie, the BC Liberals’ chief fundraiser, is planning at least 20 similar events before the May 2017 election according to a Globe and Mail report. Donors clearly believe their Big Money buys the kind of access to B.C. politicians that is unavailable to British Columbians who don’t have $2,000 or $ 5,000 to drop on rubber chicken.

And the BC NDP is not much better. While planning to table a Private Member’s Bill banning corporate and union donations, in March NDP leader John Horgan flew to Toronto for a $5,000-a-plate private fundraiser with anonymous Ontario business leaders. Horgan says that’s just the way the system works and if he wants to compete with the BC Liberals, he needs to mimic their tactics. But as even a five-year old knows two wrongs don’t make a right.

What all the political parties seem to be forgetting is they’re still accountable to voters. Corporations, unions and foreign donors can’t vote. People like you and I can. With an ineffectual sheriff in Elections BC (and party leaders determined to defend the status quo) it looks like it’s going to be up to people like you and I to save the day.

The growing influence Big Money is inhibiting progress towards the just, equitable and sustainable British Columbia most of us want. It’s time for British Columbians to take back our province from the powerful interests that are trying to buy our politicians. We are going to have to be the heroes of our own story and tame the Wild West. It’s essential.

Dogwood has been prepping for a Big Money campaign for a while. In our recent survey of more than 8,000 Dogwood supporters, corporate influence over government was the top issue not addressed by our existing campaigns.

Big reforms are needed to limit the influence of Big Money on politics in British Columbia. Limiting political donations to British Columbians eligible to vote, banning out-of-province money and capping individual donations, plus enacting ‘Sunshine in Government’ policies that promote transparency, public access and accountability in government. All those steps together would dramatically change the current balance of power and promote a level, democratic playing field. Our goal is simple: Ensure whichever provincial party is elected in 2017 has a mandate to reform B.C.’s archaic political financing and access to government laws.

With the anger mounting daily, it would be smart for provincial candidates of all stripes to voluntarily relinquish all donations from non-voters. Dogwood is calling on politicians at both the provincial and municipal level to take this pledge. Hopefully, some will have the courage to seize the moral high ground. The first major party and candidates to seize the initiative could shame the other parties into following suit – or wield a powerful wedge issue heading into the next campaign.

Only by organizing and acting together can we ensure that British Columbia politicians govern on behalf of people and the public interest, rather than corporations. Or that a big donation cheque is not a prerequisite to ‘win’ government contracts. Or that Crown land, government permits, natural resources, trees and wildlife, even the water people drink and the air we breathe are not for sale. With your help we will increase the relative power of individual B.C. voters and community interests, while simultaneously diminishing the power of our corporate adversaries.

It’s going to be a big battle, but with hard work, solid organizing and the support of a lot of people like you, Dogwood will be able to catalyze a big, diverse yet focused movement that can finally force change and accountability.

Unfortunately the rough and tumble world of B.C. politics is not like a two-hour matinee. Dogwood and friends can’t run the bad guys (and gals) out of town with a quick showdown, corral shoot-out or quick draw duel. It’s going to take a lot of work and a lot of people.

We’re also going to run this campaign entirely on donations from individual voters. That makes us cash poor, but we are potentially “people-rich” if you and your family and friends join our efforts. Every signature on our petition is a challenge to your local candidates: fight the next election clean, or take your chances at the ballot box.