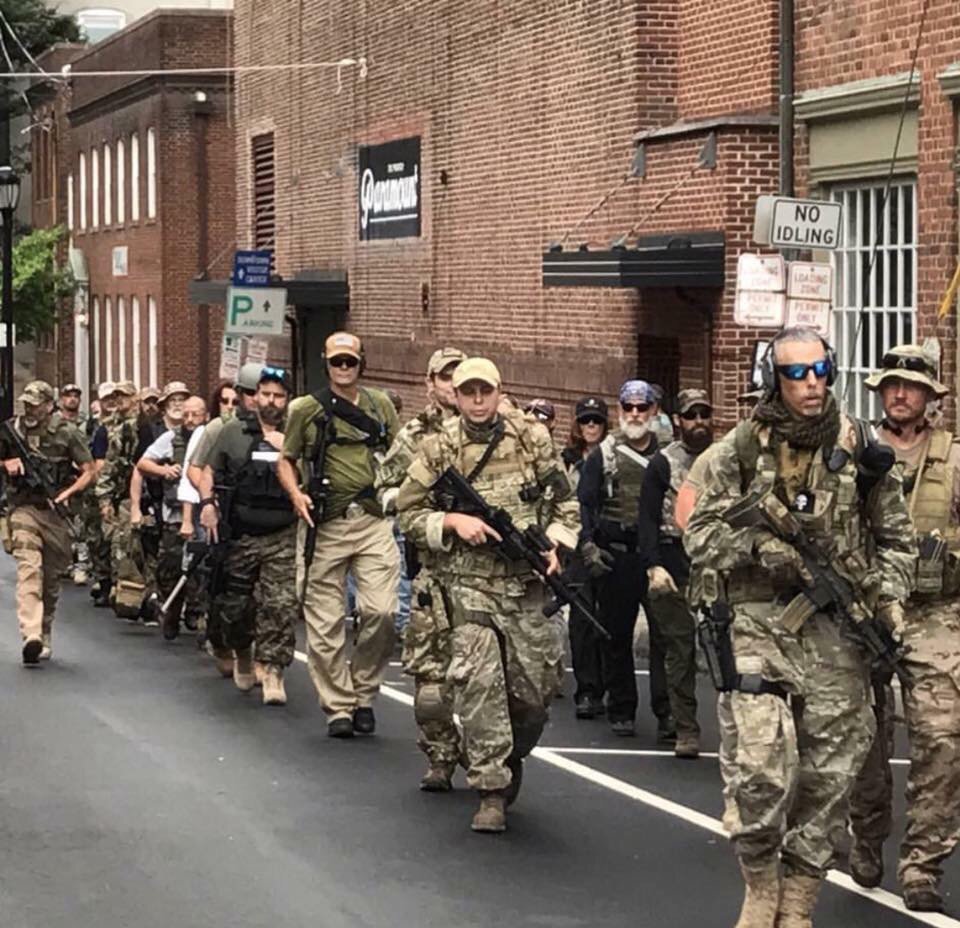 Climate chaos, civil strife: a guide to surviving the years ahead

Disclaimer: this post contains profanity and themes that may be upsetting to some readers.

I’ve spent the last couple weeks at my family’s fixer-upper farmstead in northern B.C. In retrospect, it was probably the wrong time and place to re-read Cormac McCarthy’s post-apocalyptic novel The Road.

At night, curled up in the log cabin, I read about a father and son fleeing cannibal militias across a scorched American wasteland. By day the radio crackled with reports about Donald Trump threatening North Korea, the inferno raging across B.C., neo-Nazis descending on Charlottesville.

My dreams have been weird, but real life is weirder.

Waiting for Twitter videos to load over the satellite internet connection, it feels like I’m watching the jerky opening credits of a disaster movie. Donald Trump: “Fire and fury –” News anchor: “Continues to rage out of control –” Torch-wielding Nazis: “Blood and soil! Blood and soil!”

It’s a relief when the pigs need feeding or the horses bust out of their field, just so I can put the laptop down.

Part of me is tempted to stay here. Grow some food, rig up solar panels, stock up on medicine and tools. As the world begins to feel increasingly fragile, it’s a natural human impulse to hunker down and take care of your immediate family.

I think that’s a mistake. Learning outdoorsy skills is one thing, but it’s a fantasy to imagine that any of us can thrive in isolation — even in the rich landscapes of rural B.C.

Worse is retreating to our screens. Whatever else they provide, Facebook and Google are, at their core, advertising companies. Their platforms are designed to isolate consumers and induce emotions that make us more likely to buy selected products – or vote for particular candidates.

While social media allows us to reach many people far away, even militant right-wingers are discovering its limitations.

“We don’t have the camaraderie, we don’t have the trust level that our rivals do,” admits white supremacist Chris Cantwell in VICE News Tonight’s report on the Charlottesville “Unite the Right” rally. “That camaraderie and trust is built up through activism. And that is one of the tactics that we’re adopting,” says Cantwell.

“We are stepping off the Internet in a big way,” neo-Nazi Robert Ray told VICE reporter Elle Reeve. “Last night at the torch walk there were hundreds and hundreds of us. People realized they are not atomized individuals, they are part of a larger whole. Now as you can see today, we greatly outnumbered the anti-white, anti-American filth. And at some point, we will have enough power that we will clear them from the streets forever.”

If we want to stop fascists from smashing synagogues or carrying guns into mosques, it’s not enough to fact-check them on Twitter or post disapproving articles on Facebook. We need to meet each other face to face and build the bonds of trust Cantwell describes, faster and on a bigger scale than the Proud Boys, the Soldiers of Odin or the militias.

We often think of identity politics as a means for minorities or disadvantaged groups to work toward equality and respect. Through decades of activism around gender, race, religion and sexual orientation, most North Americans have come to accept that people should not face discrimination simply because they’re not straight, white Christian men.

Spencer agrees with the scholars and activists who say North America was built on white supremacy, and he’s gleeful about it. He vocally embraces identity politics, on the belief that a debate along identity lines will be won by the group with the most money and guns: white men.

To that end, Spencer’s lifelong goal is “raising identity consciousness among white people in the United States and really around the world,” he told CBC journalist Paul Hunter. “Is Trump the answer? No. Is Trump the first step, hopefully, toward identity politics? Yes. And that’s what got me so excited about him.”

That alone should give progressive activists pause. If identity is the chosen battleground of the neo-fascist right, then attacking its adherents on the basis of their economic privilege, their male privilege, their whiteness: all of this reinforces markers which, like other identity groups, white men cannot change.

We still need to fight racial injustice, land theft, rape culture, transphobia. But those campaigns will need to make allies of straight white men – or at least not drive them into the arms of Richard Spencer.

Right-wing trolls love to laugh at the concept of “safe space,” like a university classroom where participants agree not to tolerate LGBT hate speech. Taken to extremes, the argument goes, this could stifle free expression and the exchange of ideas. But the opposite of a safe space is horrifying.

Timothy Porter is Charlottesville resident filmed by VICE News in the immediate aftermath of the car attack that killed Heather Heyer and wounded at least 19 others. “We told city council we did not want them here. They let them come,” Porter said, referencing the white supremacists.

“I had to jump out of the way. I almost got hit by the car my fucking self,” shouted Porter, his voice ragged with grief and rage. “I seen people and blood on the fucking ground. This is my town. We did not want them motherfuckers here. And now we got bodies on the ground.”

Heather Heyer was from Charlottesville too. Her alleged murderer is from Ohio. He and other marchers at the “Unite the Right” rally drove or flew in from Nevada, Texas, California, Louisiana, even Quebec.

With no support from police, residents like Timothy Porter didn’t have the political clout or on-the-ground numbers to stop a horde of armed, organized white supremacists from taking over their town. That has to change.

Philosopher Karl Popper wrote in 1945, “If we extend unlimited tolerance even to those who are intolerant, if we are not prepared to defend a tolerant society against the onslaught of the intolerant, then the tolerant will be destroyed, and tolerance with them.”

It’s a paradox, and one that doesn’t sit well with comfortable progressives who would rather not get their hands dirty. Popper concluded: “We should therefore claim, in the name of tolerance, the right not to tolerate the intolerant.”

That means working with neighbours of various identities and political persuasions to preserve the safety of our shared space, and with it the values that go along with the place we call “home”. If people who advocate genocide or a white ethno-state want to flex their power, they must not be allowed to do so in public places.

Place bonds people together more strongly than identity, especially an identity cobbled together from musty incoherent corners of the internet. If we can set aside our differences and organize in defence of shared places, we stand a better chance of keeping people safe.

We are in the opening chapter of a disaster story. It’s slower-moving than a Hollywood pandemic, but the stakes are no less high.

We have a Nazi-coddling U.S. President, probably senile, colluding with one hostile foreign power and threatening another with nuclear war. We have an economy in Canada basically propped up by consumer debt and money-laundering in real estate. Beneath it all we have a planet soaking up heat it cannot shed; fuel for the coming storms.

We can retreat to our online spaces, cluck our tongues with like-minded folks, hive off into identity groups linked by the fragile ties of social media. Or we can organize offline, face to face, with the people who happen to be around us.

If you choose the latter, look around you. Not where you wish you were, but where you are right now. The people on your bus, in your building, on your block – that’s your team. And as people’s sense of security erodes, we will need neighbourhood-level volunteer groups that can take care of basic needs.

Earthquake planning, for example. Checking on old folks when the air is thick with smoke, or the sidewalks are slick with ice. Connecting people with services, like meals on wheels or prescription delivery. And finally, helping them participate in the political process so they aren’t forgotten by elected leaders.

If we can take care of people, connect them with neighbours and keep them from slipping through the cracks, I think the politics will be less scary. Dogwood is good at mobilizing voters around big-picture issues, but we need to get better at connecting our work to people’s basic need for shelter, safety and justice.

B.C. is in a position to make it through the coming decades in pretty good shape. Tall mountains stop blight (and make a place no fun to invade). The valleys hold good farmland, the rivers still hold fish, the lakes and glaciers hold fresh water. There’s potential for renewable energy all over.

Most importantly, the vast majority of the province was never conquered, sold or signed away in treaties. Through the courts and political organizing, First Nations are reasserting their authority over large tracts of unceded provincial land. That’s a good thing, since they thrived here for thousands of years before the rest of us arrived, and probably know a thing or two about getting through the next thousand.

If we can figure out how to work together – offline, face to face, not around identity but a shared love of place – I think we’ll be okay. Organizing to uphold Indigenous laws, defying white supremacy and taking care of our neighbours is not just about being on the right side of history. It’s also a matter of survival.