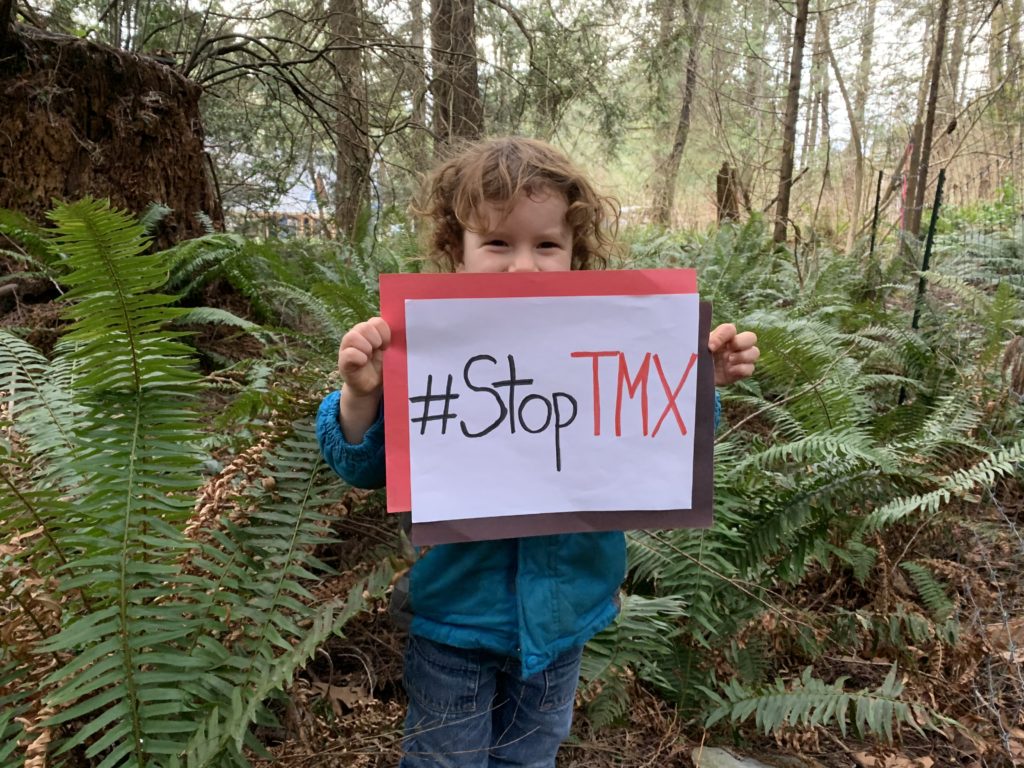 Trans Mountain recently announced that it was re-starting construction after an extended shut-down. Alongside this project’s devastating climate impacts and Indigenous rights violations, pipeline construction threatens land, water and neighbourhoods across B.C. — including 1308 trees slated to be chopped down in violation of Burnaby city laws.

Spurred on by signs of Trans Mountain construction popping up in the Lower Mainland, frontline communities came together to call for a #FamiliesFortheFuture day of action on February 15.

On Family Day, tours were held at Stoney Creek in Burnaby, where Trans Mountain plans to close a section of the Brunette-Fraser Greenway for months, and in Port Coquitlam, where 11 acres of Colony Farm Park will be turned into a construction site for 2 years.

What was I doing? Acting for the future – something our leaders are afraid to do it seems
Climate leaders don’t build pipelines. #FamiliesfortheFuture #StopTMX pic.twitter.com/DBYKJGzGtA

Groups also got together to drop banners and wave signs to make it clear that the Trans Mountain pipeline is not wanted in their communities.

As part of the virtual day of action, supporters posted #StopTMX photos of themselves and the people and places they are standing for as they say no to Trans Mountain. 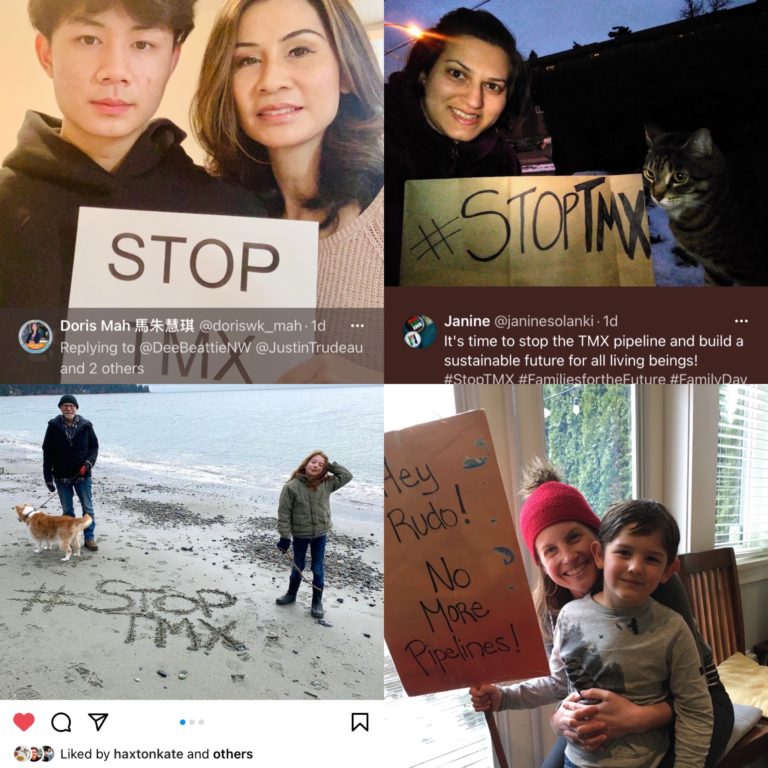 The campaign drew support from politicians, the man who has been living in a tree in Trans Mountain’s path for the past two months, and a 100-year old grandma whose birthday wish is for Justin Trudeau to cancel Trans Mountain.

On #FamilyDay, I’m joining many families to do a walk to raise serious concerns about the #TMX pipeline expansion project which threatens our coast, our environment, our economy and our safety right here in #Burnaby.

On the same day, a group of Indigenous youth took their message straight to the project’s Lower Mainland contractor.

It was inspiring to see people from so many walks of life find so many different ways to take a stand against this toxic, wasteful, unwanted pipeline. If Trans Mountain ramps up construction this year, make no mistake: this movement will be there every step of the way to stop them. Thank you to each and every one of you!

To stay in the loop about ways to support frontline communities and help stop Trans Mountain on the ground, sign up for action alerts here.

One response to “Families, politicians and protectors join #StopTMX day of action”