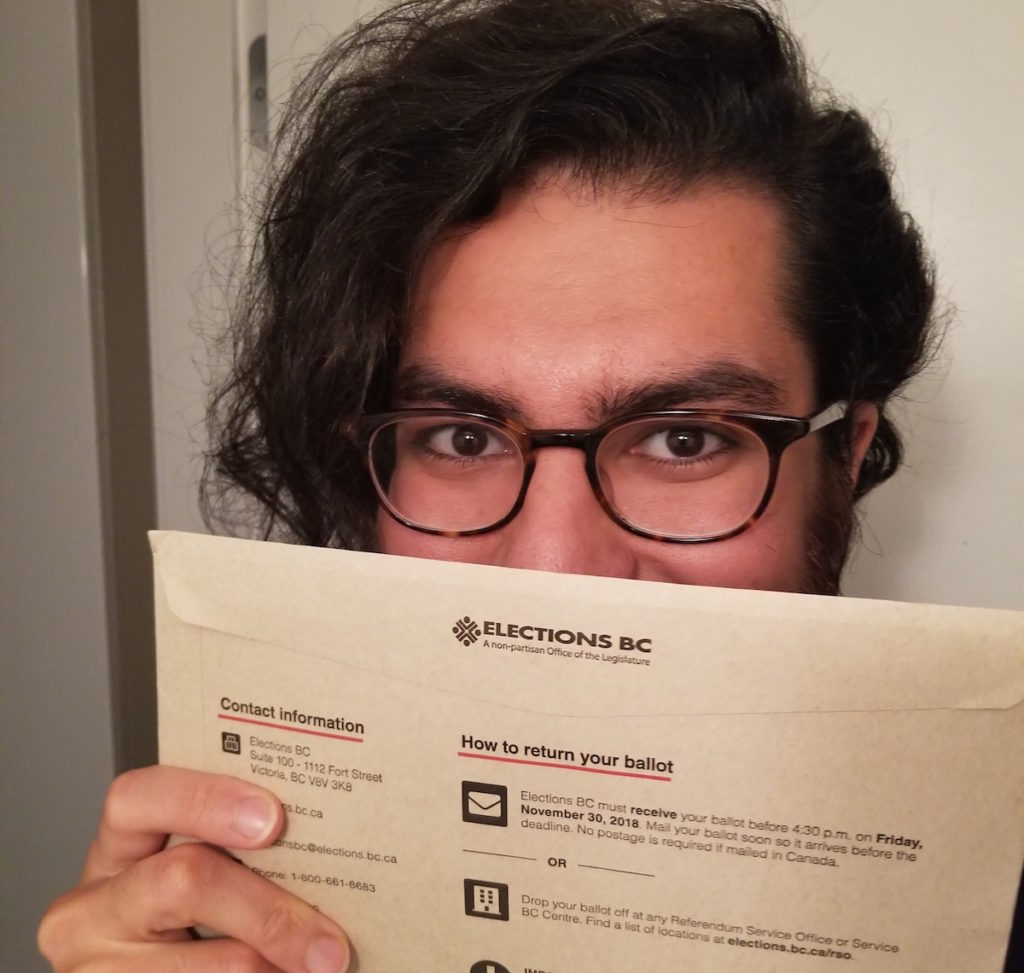 I was never an organizer. Here’s why I stepped up for Pro Rep.

Dogwood’s digital strategist spends most of his time behind a computer. But he came out for this important cause.

I’ve always been a voter. Having emigrated from a country without a democracy to Canada, I was always keenly aware of the great promise of democracy — the radical idea that people who live in a community have the power over what happens to them.

So, whether municipal, provincial or federal, I always made a point to go to the polls and cast a vote. I thought if the “good party” won, my life would improve and we’d change the world for the better.

But as I’ve gotten older, I’ve noticed that something’s not quite right in our democracy.

In each election a majority of votes doesn’t actually elect anyone. All the people in my life who voted for the parties that “didn’t win,” especially young people, started to get frustrated and turned off politics. Political parties never talk about real issues that affect our lives or propose solutions that actually make any changes. Pretty soon, I started to hear my friends say “voting doesn’t matter” and “nothing will change.”

When I found out about the improvements that proportional representation can make to our current system, I realized I had to do more than be a voter every few years.

I decided to help as many of my friends and family members become voters in this mail-in referendum as I could. So in my spare time, after poking my head out from all the numbers and spreadsheets I deal with at work, I decided to reach out and have conversations.

To start, I reached out to my closest friends and family through face-to-face conversations, text messages and phone calls. Then I looked through my social media networks to find friends that I interacted with semi-regularly, but didn’t really talk to anymore. After that, I started making educational posts and stories on my social media networks and opening up conversations with anyone who engaged with them that I knew. Finally, I looked through my phone list to see who I might have missed or forgotten about. These conversations were each around 15 minutes long and made it pretty clear how effective it was for them to hear about the importance of proportional representation from someone they trusted.

As of this writing, I have helped 22 people get their ballots in the mail who otherwise may not have. And those 22 have also helped 15 additional friends and family to also send theirs in. That’s a grand total of 37 votes cast, all because I reached out to people I already know.

Since I’m a numbers guy, I can’t resist breaking this down further. Over a thousand people will read this blog post over the next week. If everyone does the same as I did, we could have tens of thousands of new ballots in the mail!

It starts with you. But you don’t have to do everything I did. Even talking to two people will make a huge difference. Dogwood has a useful tool for helping you keep track and it will also provide resources for you.

2 Responses to “I was never an organizer. Here’s why I stepped up for Pro Rep.”