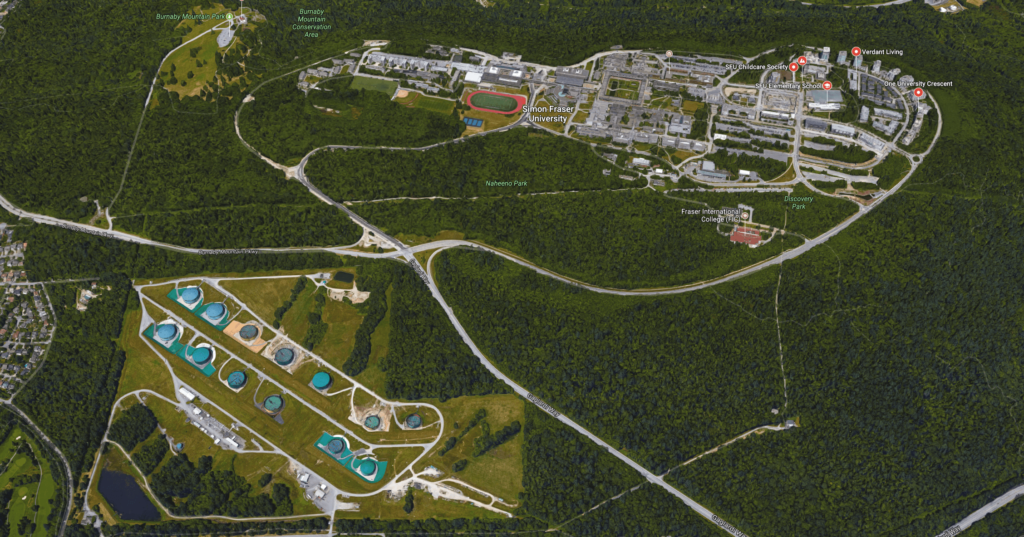 Officials at Simon Fraser University held a mock forest fire drill on Tuesday, testing the University’s capacity to react to an out-of-control blaze on the forested slopes of Burnaby Mountain.

“Everybody knows what this is about,” said SFU masters student Maddie Hague, pointing to the planned expansion of the Trans Mountain crude oil storage facility just 100 metres from the only roads on or off the Burnaby campus.

Hague, currently working as a summer student with Dogwood, is helping to organize “Fire On Burnaby Mountain,” an information open house for students and other concerned residents at Blusson Hall on Thursday, June 28 from 10 a.m. to 3 p.m.

Previous comments by SFU officials suggest they are worried about loss of life and health impacts from toxic smoke, should a fire ever break out at the Trans Mountain tank farm. 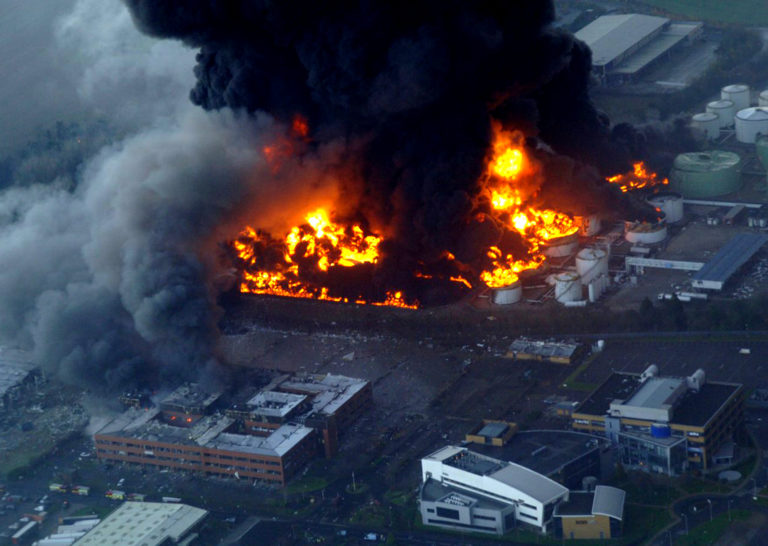 Aerial image of the 2005 Buncefield fire

Dr. Ivan Vince was an investigator after the 2005 Buncefield tank farm fire in England. In a report written for the City of Burnaby, Vince says Trans Mountain failed to properly consider the risks of a fire or explosion, like the one that ignited 20 oil storage tanks at Buncefield.

“Radiant heat from the fireball as well as the rainout of burning oil would be capable of igniting litter in the surrounding forest and a variety of exposed combustible materials on and around houses,” Vince wrote after examining the Trans Mountain proposal.

“The application for expanding the Burnaby terminal would, in my opinion, have failed in the U.K. and, in all probability, throughout the EU,” the consultant concluded.

Burnaby’s deputy fire chief, Chris Bowcock, said in his report to the National Energy Board that a crude oil fire could quickly overwhelm the city’s ability to respond.

“Many of the potential tank fire scenarios within the Trans Mountain Tank Farm would be inextinguishable,” Bowcock wrote. It could take four days for oil tanks to burn down to the point that firefighters could approach. 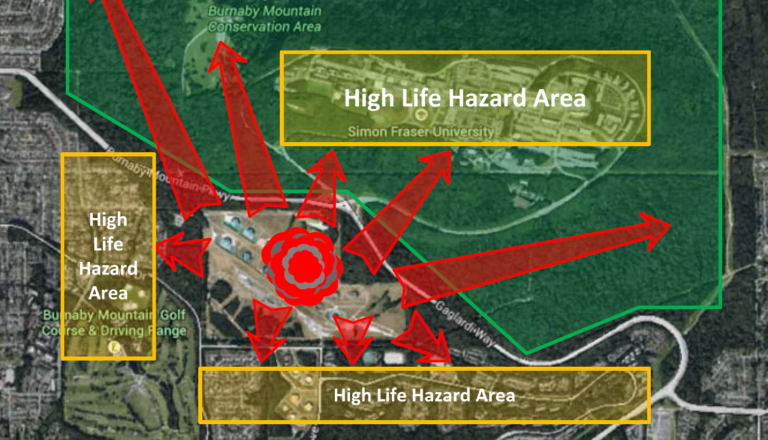 That’s a problem for tens of thousands of people who live, work and study on Burnaby Mountain every day.

“Escape ceases to be a viable emergency response option,” wrote PGL Environmental Consultants in a safety report for the university. “Because of the decreased distance between the new storage tank locations and the junction of Burnaby Mountain Parkway and Gaglardi Way, SFU becomes vulnerable to isolation.”

SFU was declared the best comprehensive university in Canada by Maclean’s magazine in October. The school has topped the annual ranking nine times in the last 10 years.

The public would also be on the hook for the costs of building the expansion. Economist Robyn Allan estimates the eventual cost to taxpayers could approach $15 or even $20 billion. That doesn’t include the costs of an accident, such as a tank farm fire engulfing SFU.

Maddie Hague questions the timing of the university’s forest fire drill. “If they really want to keep us safe how come they’re doing the drills in the middle of summer,” asked Hague, “when so many of us are not in school?”

“Are students going to receive any training themselves on what to do if there’s a tank farm disaster?’

“Climate change presents the greatest threat to public health in our times,” says Takaro. “We must draw the line on large new fossil fuel infrastructure to meet our commitments to future generations.”

Takaro has risked arrest blockading the Burnaby tank farm, where contractors are preparing to build 14 new crude oil storage tanks. “If not now, when? If not us, who?” 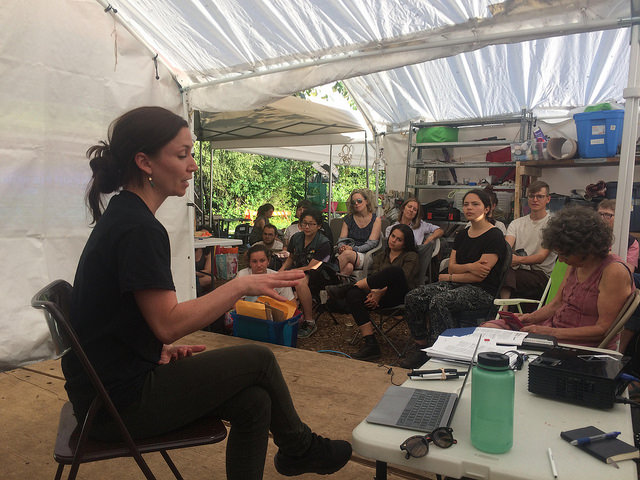