B.C. salmon are at a breaking point. Will we allow two new pipelines to push them over the edge?

Imagine the straw that broke the camel’s back was made of steel, filled with toxic liquid and plunged like a dirty needle into British Columbia’s heartland.

That’s how the near-simultaneous attempts by Coastal GasLink to cross the main tributaries of the Skeena and Trans Mountain to cross the Fraser feel to me.

These violations are heaping stress on freshwater and food systems that communities of all kinds across B.C. depend upon – and they come at the worst possible time. But both pipeline crossings are facing hurdles that have stalled the projects and driven up costs.

We should use this moment of pause to contemplate what it would mean to push on past this breaking point for salmon. Because that’s what a single spill into the Fraser or Skeena would bring us to – a loss of salmon and other wildlife like we’ve never seen.

Trans Mountain’s failed attempt to drill under the Fraser

When the provincial NDP came to power in 2017, the slogan they created to appease the broad swath of British Columbians opposed to TMX was: “We’ll use every tool in our toolbox to stop Trans Mountain.” For a few moments there was some light, but in the end no heat. The provincial government has stopped paying attention to TMX. It considers the project a fait accompli.

However, as floods, fire and heat of biblical proportions rained down on North America’s gateway for fossil fuel expansion, one had to wonder if God had other plans. 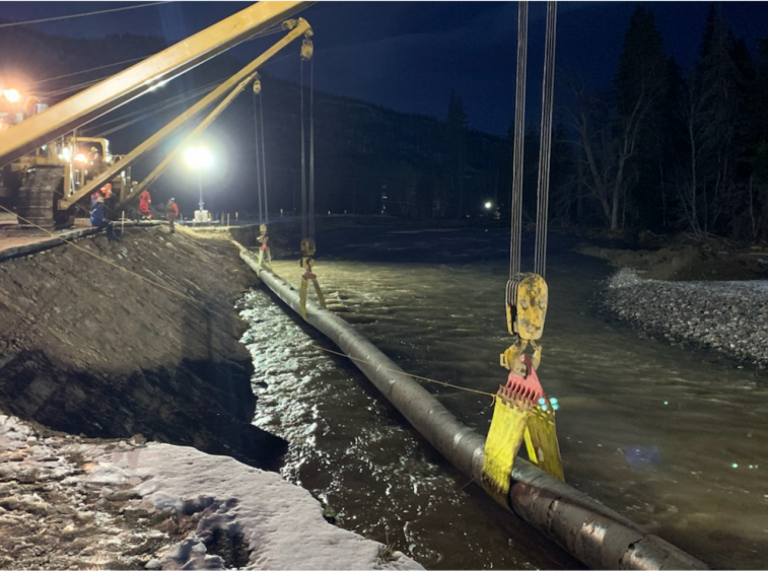 Many of Trans Mountain’s key risks have been highlighted anew in recent months. On January 28 Burnaby’s fire chief will once again plead his case for enhanced fire protection at the highly flammable tank farm on the earthquake-prone slopes of Burnaby Mountain. And the only reason our worst fears – a catastrophic oil spill into the Fraser wiping out a year’s return of salmon – didn’t materialize during November’s unprecedented flooding was that the company made the rare decision to shut the pipeline down. It was the project’s second climate-related shutdown in 2021.

Now, TMX’s attempt to drill under the mighty Fraser has stalled. Contrary to the advice of expert consultants, Trans Mountain elected to use horizontal directional drilling (HDD) in its first crossing attempt. The HDD method shaves cost off a ballooning budget that even the Wall Street Journal has taken note of. It didn’t go well.

Citing mechanical and drill pipe failure, the company announced it now needs a second attempt and has applied to Canada’s Energy Regulator for a ‘deviation to the approved plan’ – despite concerns raised by the Kwikwetlem First Nation, local residents and a group of six Members of Parliament.

The latest misstep follows a similar experience on the Thompson. A major re-route that will drive up the price tag of this taxpayer-funded project is now planned because the company relied on historical streamflow data that are no longer accurate. Now, more than ever, TMX poses an extreme risk to the Fraser River, and the associated ecosystems and communities.

Coastal GasLink’s assault on the Skeena

If we want to continue calling the Skeena a living watershed instead of a conduit for water, now is the time to push back against the way the province is managing the river – home to the world’s most famous steelhead fishery.

This past year’s returns were the lowest on record. And it’s not just steelhead. Thanks to decades of DFO cuts to salmon research we don’t know precisely why, but some threats are clear. 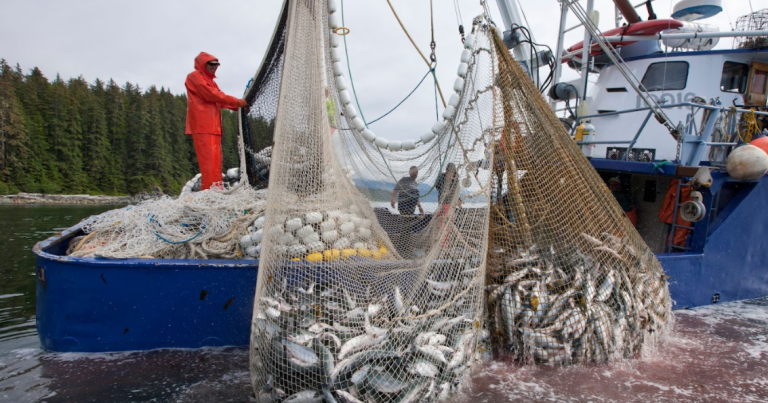 A report just out by Watershed Watch points the finger at Alaskans who, in violation of the terms of the Pacific Salmon Treaty, “are now the biggest harvesters of a growing number of depleted Canadian salmon populations.” Others point to the cobbles washed down from clear-cut hillsides that obstruct the gravel salmonids need to spawn. Either way, Skeena fish have never been more vulnerable.

Enter TC Energy’s Coastal GasLink (CGL) project, which if completed, will cross the Bulkley River or Wedzin Kwa, a major tributary of the Skeena. And, if their track record to date is anything to go by, they will leave it worse than they found it.

The most recent Environmental Assessment Office report found seven non-compliance violations by CGL. This comes one year after CGL was found to have “violated its environmental certificate at multiple locations in the eastern portion of the pipeline route,” leading to the contamination of fish-bearing streams.

CGL is also accused of bulldozing an ancient Wet’suwet’en village site. The province has yet to impose any penalties.

Alberta-based TC Energy was awarded the contract by a consortium of foreign state-owned companies to deliver fracked gas to their Kitimat export terminal. The two parties are now in a dispute over costs, and TC Energy reported in its quarterly financial update to investors that the project faces significant delays and cost over-runs.

If completed, the “LNG Canada” gas liquefaction facility will destroy even more salmon habitat in Kitimat, and suck water directly out of the Kitimat river. It will also be this country’s largest single point source of greenhouse gas emissions. That’s a big problem if you are a salmon that likes its water to be cold.

The Fraser, the Thompson, the Skeena and B.C.’s other great rivers are vital elements of our society. They appear in the language we use to describe ourselves and influence where we settle. Their corridors connect everything we do. They are part of who we are, building identities within us from the life that flows through them. We don’t call the Fraser ‘North America’s greatest pipeline river.’

During the floods we learned the consequences of hillsides that don’t hold water. Steel pipes filled with oil and gas are only going to make the fires and floods worse. So if healthy rivers full of fish are the lifeblood of this province, why are we allowing pipelines to be built along their banks and logs stripped from their watersheds? 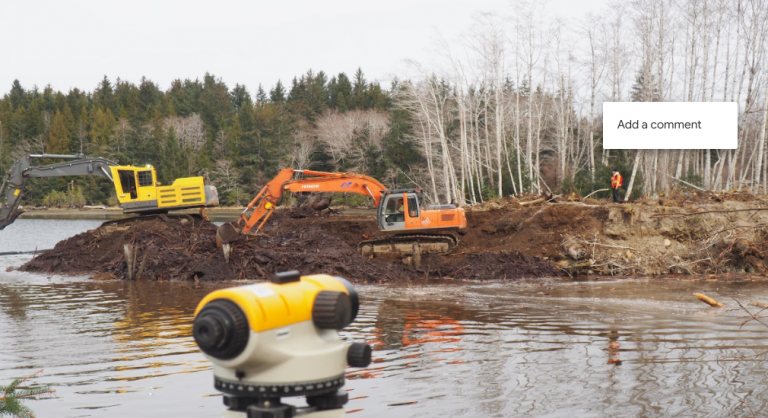 In some parts of B.C., different decisions are being made based on a full consideration of the impacts on a watershed’s living systems. On Haida Gwaii, the 2009 Kunstaa-Guu Kunstaayah Agreement between B.C. and the Haida Nation established a joint decision making framework with equal representation. This means forestry, or other landscape changes, only go ahead after both parties come to an agreement.

When you see what’s possible, it’s even harder to accept the rubber stamp rulings from Canada’s Energy Regulator that fail to consider the value of wild salmon or a safe climate. Or our own provincial government’s failure to stand up for this land and the people who live here.

My love for salmon is not unique, nor is the profound sense of loss we wild salmon people are feeling. The iconic fish of this region are being crushed under the weight of industry and greed.

B.C.’s decision to grant leases to fish farms on migration routes has been nothing short of a plague. Forestry companies have moved in to log the last of the timber on the steep sides of our watersheds. Climate change and indiscriminate stock management has seen entire races of salmon extinguished. And the remainder are hanging by a thread.

B.C. politicians carry on as if it doesn’t matter. It’s telling that we are the only west coast jurisdiction without a minister for fisheries.

This summer I bumped into my MP Gord Johns and we sat down for lunch. It didn’t take long before he pounded his fist on the table and said there wasn’t a riding in this province where wild fish don’t matter. He told me he was boarding a plane to Washington the next day with his Conservative counterpart, Wayne Stetski, to put the Alaskans on notice for their blatant overharvesting.

He told me he’s literally never had a conversation with any Indigenous community in the riding he represents where salmon were not brought up. Salmon are central to the lives of Indigenous people. The question is, why the hell is it taking the rest of us so long to realize our fate, too, is intertwined with the salmon?

Salmon fill us with wonder and have never stopped giving, and not just to us. They build coastal forests. They feed more species than we originally imagined, from tiny insects to giant grizzlies. Salmon offer up a reset point where Indigenous nations and settler communities find shared identity and purpose.

If you’ve sat on the sidelines out of hopelessness or have otherwise been led to believe Coastal GasLink or the Trans Mountain Expansion are somehow good for British Columbia, there’s still time to update your perspective and reconsider the opportunity cost of both these projects simultaneously.

Looking at these pipelines the way salmon see them is a good way to do that. The evidence shows both projects are way behind schedule, bleeding money, and beset with ethical and engineering quagmires of their own making. Both have drastically over-rated life expectancies and create new emissions the world and B.C. don’t need.

And that’s just what we can see in front of us right now.

A giant gas pipeline through the Skeena watershed and an expanded tar sands pipeline running down the Fraser threaten our cultural identity and the opportunity to build a foundation of shared purpose with B.C.’s Indigenous peoples. They threaten wild salmon and the unique ecosystems they support. They threaten the idea of British Columbians.