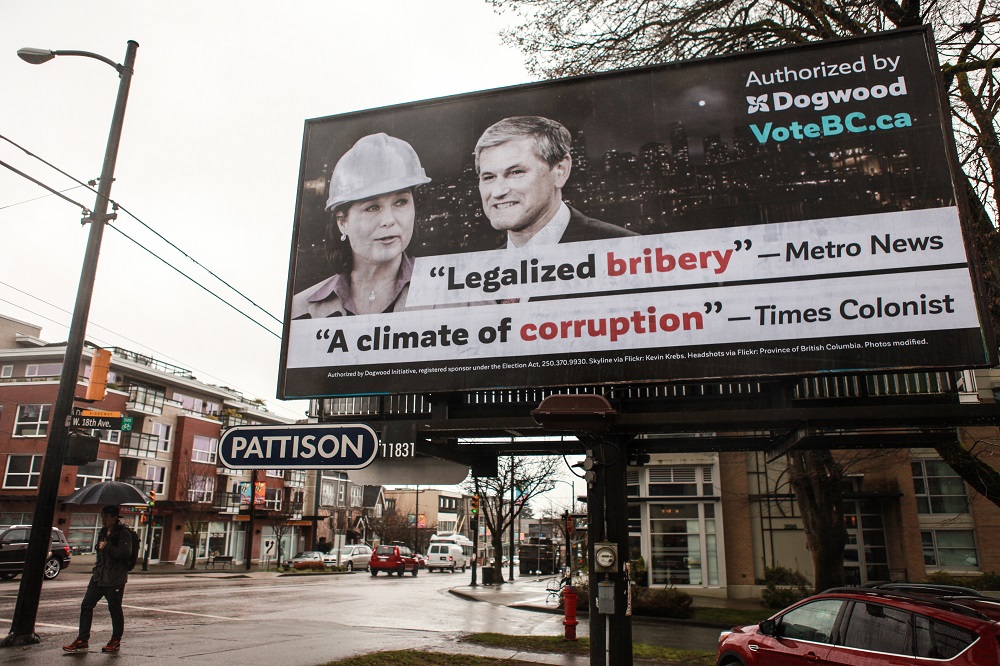 VICTORIA — After more than a century of unlimited donations, corporate cronyism and declining public faith in institutions, Big Money was finally banished from B.C. provincial and municipal elections today as bills 3 and 15 officially became law.

“Nineteenth century reformers like Amor De Cosmos would be proud, I think, but a little shocked it took us this long,” said Kai Nagata, communications director at B.C. citizens’ group, Dogwood. “There’s still work to be done to clean up the ‘Wild West’, but British Columbians should be proud of this milestone.”

Dogwood’s criticism of B.C.’s lax donation system began in 2001 with the group’s advocacy for public disclosure of campaign contributions. Dogwood launched the #BanBigMoney campaign 18 months ago and has been pushing for a ban on corporate, union and out-of-province donations ever since.

In April 2016, Dogwood commissioned polling from Insights West that found 86 per cent of British Columbians in support of a ban. A lack of response from the governing BC Liberals turned corporate cash into a major issue in this year’s provincial election, which Christy Clark’s Liberals ultimately lost.

Dogwood continues to call for a broader public inquiry into corporate donations and how they may have tainted key government decisions, including on wildlife management, public contracts, natural resource permitting, casinos and housing policy.

Dogwood is B.C.’s largest non-partisan citizens’ group, uniting more than 260,000 supporters to take back power over our environment and democracy. www.dogwoodbc.ca/news.

Polling by Insights West from April 2016 can be found here.