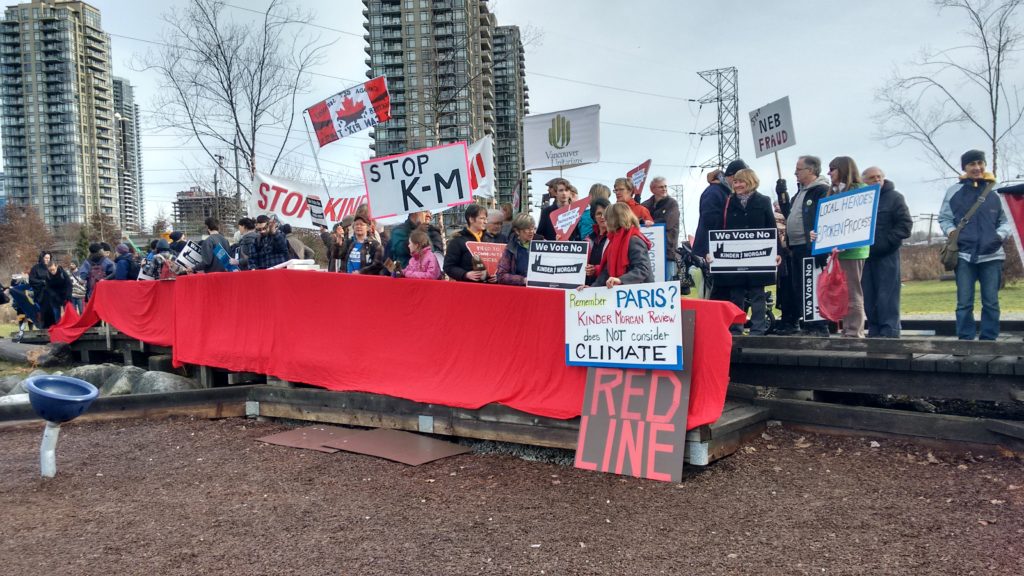 Burnaby – First Nations and environmental groups today welcomed the federal government’s announcement of a new “transition process” for projects under environmental review, including Kinder Morgan’s pipeline and oil tanker expansion proposal. However, more detail is needed to determine whether the new review will meet legal obligations to First Nations and succeed in restoring public trust.

“Kinder Morgan has made it blatantly clear that they are determined to break ground for this unwanted pipeline as soon as possible, however, there cannot be a deadline on meaningful consultation with First Nations that is consistent with international standards like the UN Declaration on the Rights of Indigenous Peoples,” stated Grand Chief Stewart Phillip, President of the Union of BC Indian Chiefs. “We have a sacred duty to steward these unceded territories in accordance with Indigenous Title, Rights and laws for our grandchildren. Our inherent, constitutionally-protected and judicially-recognized rights take precedence over Kinder Morgan’s arbitrary, self-serving construction deadline.”

“The fact is, diluted bitumen can sink in water,” said Karen Wristen of Living Oceans Society. “Oil spill technology has not caught up to the unique chemistry of this heavy crude. Until Kinder Morgan can demonstrate effective cleanup of a subsurface tanker spill,
this project represents an unacceptable threat to the B.C. coast.”

“Today is a big step forward. It’s great to see the government listening to British Columbians and working toward fulfilling their election promises,” said Kai Nagata of Dogwood Initiative. “At the same time there are many for whom the risks of this project outweigh the rewards, including 50 intervenors over the past week of NEB hearings that have rejected the project outright. The government needs to hear those voices too.”