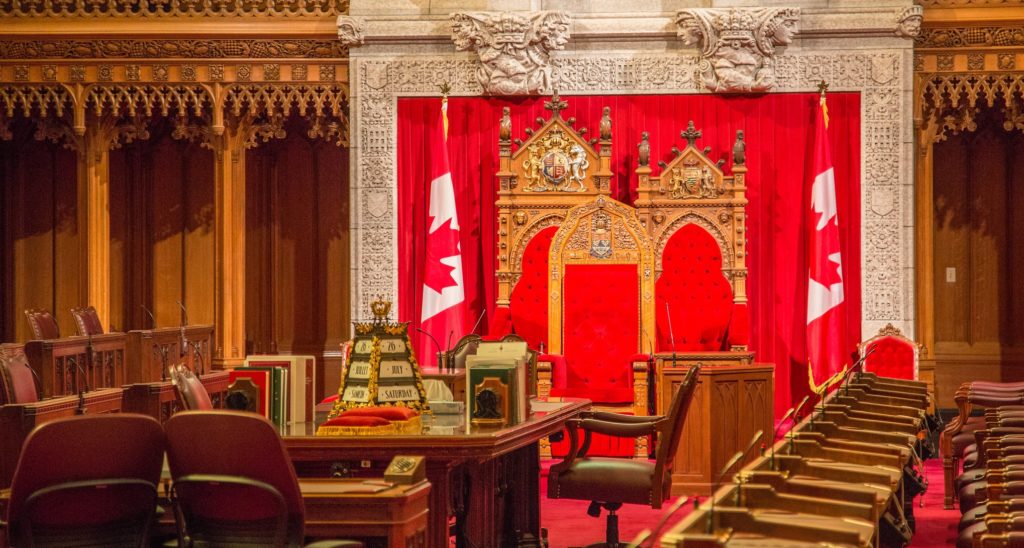 Unelected senators in Ottawa are poised to open B.C.’s North Coast to supertankers full of diluted bitumen. By the time Prime Minister Justin Trudeau calls the next election, it’s possible Bill C-48, the crude oil tanker moratorium, will be dead.

It’s a chilling sign for anyone hoping to pass legislation that loosens the stranglehold of the global oil industry in Canada.

This story reminds us that even a bill passed by a large majority of elected MPs in the House of Commons can be blocked by the “Red Chamber,” as Canada’s Senate is called. And oil lobbyists have zeroed in on this weak link in our democracy.

Trudeau’s Liberals were elected in 2015 on a clear promise to protect Canada’s Great Bear Rainforest from oil spills. Once in office, they appeared to follow through. They cancelled Enbridge’s Northern Gateway pipeline and tanker proposal after it was stopped by a federal court.

Then they drafted Bill C-48, which passed the House of Commons in May 2018. Days later, one of the 33 lobbyists employed by the Canadian Association of Petroleum Producers called a meeting of Conservative senators. What followed was a sustained, year-long strategy to delay, rewrite and ultimately kill the oil tanker bill in the Senate – along with bill C-69, which would regulate pipelines.

They called their convoy “United We Roll,” which attracted loud support from anti-immigrant groups, conspiracy theorists and white nationalists. But that didn’t stop them from getting wall-to-wall media coverage. With news cameras rolling, Conservative Senator David Tkachuk stepped to the podium in front of the crowd.

“I know you’ve rolled all the way here, and I’m going to ask you one more thing: I want you to roll over every Liberal left in the country,” Tkachuk told the protesters, who cheered. “Because when they’re gone, these bills are gone,” the senator said.

Some called for Tkachuk to resign, saying he was inciting violence. But Tkachuk refused. As we’ve seen with previous Senate scandals, it’s almost impossible to remove a senator in Canada. Tkachuk has been there for 26 years.

The oil lobby didn’t just focus on Conservative lifers like Tkachuk. They also targeted former Liberal senators who were cut loose by Justin Trudeau in his 2014 attempt at “senate reform”. By freeing them from the party whip, Trudeau made each of them a target for lobbyists trying to cobble together a majority of votes in the Red Chamber.

Only days remain to convince enough Independent senators to respect the will of Canada’s elected lawmakers and pass the crude oil tanker moratorium. You can send key senators a letter here. If they drag their feet, the bill will die when the house rises for the fall election.

This sets a worrying precedent. Any Green New Deal in Canada would require a suite of new laws to free up money for green jobs and phase out fossil fuels. But the oil lobby appears to have a growing number of senators wrapped around its finger – and that’s where all government bills have to go to become law.

The U.S. Senate is a decrepit institution full of partisan hacks and ideological wingnuts. It is overwhelmingly populated by rich old white men. It doesn’t represent most of the people it governs. But at least U.S. senators are elected.

All 104 Canadian senators were appointed by either a Conservative or Liberal prime minister, because those are the only two parties that have held power in this country. They also don’t reflect the demographics of Canada. And British Columbians are badly underrepresented.

Most importantly, senators are fundamentally unaccountable to voters.

The fight over oil tankers on the B.C. coast has revealed the upper chamber as a major obstacle to climate and environmental policy. If senators don’t come to their senses, we’re going to need strategies to get around this archaic and undemocratic institution.