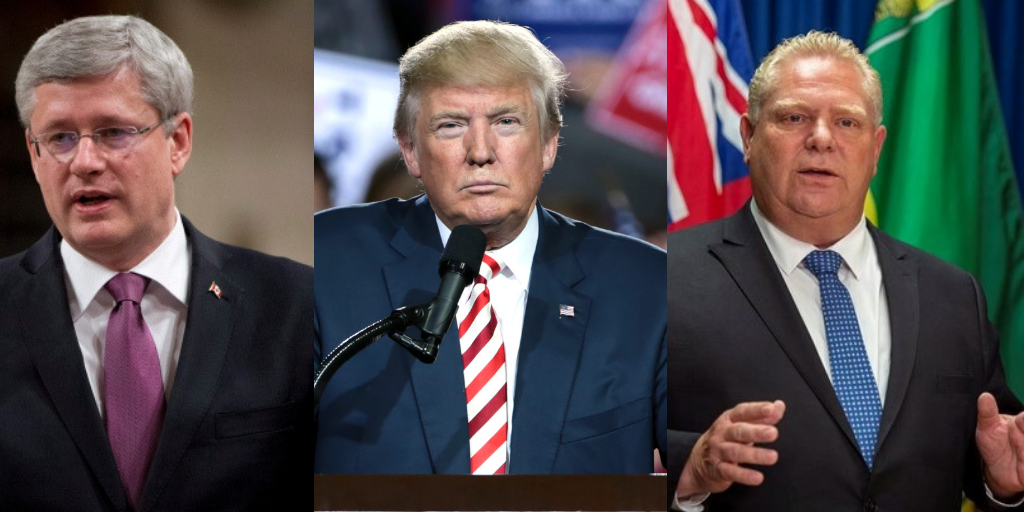 We are the company we keep

Part of this is true. Poland, Hungary and Austria do use Pro Rep systems. In fact, almost all democratic countries have some sort of Pro Rep system. Only three other democracies  exclusively use the first-past-the-post system like we do in Canada: the U.K., India and the United States.

Given that most of the democratic world uses Pro Rep, picking and choosing problematic examples doesn’t truly demonstrate the system’s effectiveness. On the other hand, the four first-past-the-post countries all have a history of electing politicians with far-right agendas.

Canadians tend to look at our neighbours to the south with smugness. After all, our system can’t be that bad. But, in reality, we aren’t really different. Trump was elected in a first-past-the-post system. As was Doug Ford. And Stephen Harper. All were elected without winning the “popular vote.”

Our current voting system is a winner-take-all system. This means a politician, even a far-right extremist one, can win 100 per cent of the power even though less than 50 per cent of voters supported them. First-past-the-post systems are more likely to produce majority governments, meaning if 70 per cent of the population wanted another candidate or party, they are out of luck.

On the other hand, a Pro Rep system is designed to produce governments that actually reflect the make up of the population. So, unless more than half of your province is made up of neo-nazis, it’s unlikely that you would ever have a government with the same ideology.

Plus, even if a far-right extremist was able to infiltrate our legislature, it is improbable they would have complete dominance over the government, because Pro Rep makes it more likely to produce multi-party and coalition governments.

What if Pro Rep doesn’t work for B.C.?

Then we go back to the way things were. Actually. Attorney General David Eby has built in an escape hatch. We get to try Pro Rep for two elections, then vote on whether we like it or not. If we don’t think it’s working, then we get to go back to first-past-the-post.

New Zealand had a similar situation. They voted to change their system to a proportional one in 1992. More women and more people of colour have been elected since they changed their system. Helen Clark is the former Prime Minister of New Zealand. She admits, back in 1992, she campaigned against proportional representation. But once the system was changed, she saw the benefits — more transparency in government, more collaboration in decision-making, more consultation with the public — Pro Rep made New Zealand’s democracy stronger.

Kiwi voters agreed. In 2012, New Zealand held a referendum on whether to keep Pro Rep and the country was overwhelmingly in favour of it.

We have eight years to test drive a new system. Why wouldn’t we take this chance? If it’s good enough for almost every other democracy on the planet, isn’t it good enough for us?

It doesn’t work the other way around. If Pro Rep is not successful in this referendum, we won’t get another chance to vote on it for decades. This will be the province’s third time going to the polls on this issue in 13 years. If this fails, we are probably not going to get another chance at this.

Which means more Doug Fords, Stephen Harpers and Donald Trumps. And this time, they may be coming for B.C.

10 Responses to “We are the company we keep”