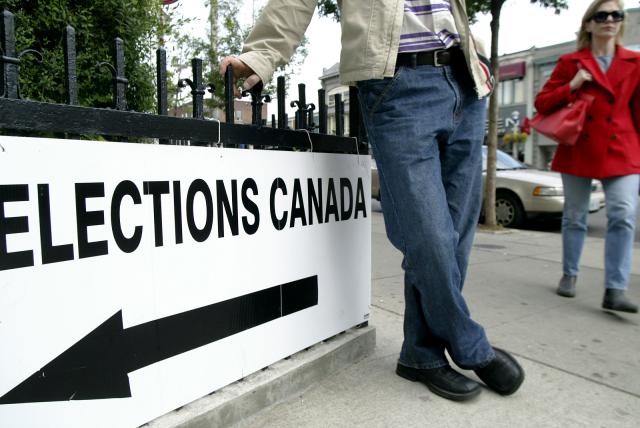 This is a blog post about voting reform, though I’m going to start by talking about Star Wars. Bear with me you must.

The enemy in the original Star Wars trilogy is the Galactic Empire, and its signature act of despotism is the destruction of Alderaan, Princess Leia’s home world. Nobody wants to feel like Princess Leia on the bridge of the Death Star, watching her beautiful planet explode. As the evil Governor Tarkin says, “Fear will keep the local systems in line. Fear of this battle station.”

British Columbians may recognize a bit of that sentiment from the last four years dealing with the federal government!

But seriously, it’s a common challenge faced by every large country or galaxy: a government must be convened and decisions made, often light years away from the people affected. The way we balance it out in Canada is by making Members of Parliament accountable to voters in their local riding. This can have a dramatic effect in elections, especially when government policy alienates people in a specific place.

In the 2015 federal election the Conservatives experienced a net loss of fewer than 235,000 votes across the country. But they took heavy damage in British Columbia, especially in coastal communities. In fact, the Tories lost more votes (- 96,524) in ridings touching the Pacific Ocean than in the other nine provinces and three territories combined. Our research at Dogwood suggests the Harper government’s aggressive promotion of pipeline and oil tanker proposals was a significant factor in how the election played out in B.C.

Voters in Delta, Campbell River or Whistler live more than 3,500 kilometres from Ottawa, but they still choose who represents them in the legislature. They have some local power, even if it’s only exercised every four years. That’s less the case for people in Vladivostok, Russia or Juneau, Alaska. They too live in large, diverse countries but their political systems concentrate power in the hands of a moneyed elite: Super PACs and K Street lobbying firms in the United States, gangster oligarchs in Russia.

The more decision-making power is centralized in the capital, the more effort political parties and lobbyists will spend to whip, cajole, extort or bribe politicians, diluting the voice of local people back home.

Officials at China’s state-owned oil companies have wondered aloud why Ottawa hasn’t taken a more forceful role in getting pipelines built across B.C. Why not send in the army? If you ask the oil companies, these tanker projects are definitely in the national interest. But the reality is these decisions have ground-level political consequences, and that’s a good thing.

My MP in North Burnaby used to be Kennedy Stewart. I would run into him at Artigiano coffee on Hastings, in the yogurt aisle at Safeway, at a community town hall on electoral reform. Then the riding boundaries changed, Stewart ran in Burnaby South and my new representative was Terry Beech. In the mornings during the election I would bike past his house and see the “Terry Beech” bumper sticker on his Honda CRV. Sometimes I see Terry in his jogging gear at the Tim Hortons across from my office.

That’s a healthy part of democracy. It’s reassuring to know that whatever happens with Kinder Morgan, it affects all of us – because we’re neighbours.

B.C. is unique in Canada, with its own legal landscape, political culture and ecosystems. When it comes to life-and-death decisions affecting my corner of the galaxy, I don’t relish the idea of MPs from other provinces, political party insiders or corporate lobbyists having control over my home. The data would suggest I’m not alone.

The Broadbent Institute recently commissioned a large-scale study by Abacus Data, asking three thousand Canadians what they want from their voting system. Respondents from all over the country were asked to choose five goals from a longer list that described various attributes of various voting systems. The five top-ranked priorities were these:

As the Broadbent study makes clear, the value of proportionality is important to many Canadians. But so are local representation and accountability, as well as stability and simplicity. Some of these values are in tension.

To illustrate this trade-off, let’s look at the riding with the fewest electors in the country: Nunavut, voting population 18,124. At the other end of the spectrum is Niagara Falls, Ontario – with 101,505 eligible voters. Each constituency gets one seat in the House of Commons. So whose votes “weigh” more? Clearly the people in Nunavut. The potential impact of each person’s vote is more than five times what it is in Niagara Falls.

Increase the pool of votes used to calculate an election outcome and you dilute the impact of each individual vote. As an extreme example, imagine a national system of pure proportional representation, where 17,592,778 Canadians simply vote for a party and the seats are divided up according to popular vote. Your ballot would shift the outcome by 0.0000057 per cent. In fact, once the results were rounded off, the value of one person’s vote would be mathematically meaningless.

Nobody is proposing pure proportional representation in Canada. That’s why there are hybrid systems that work to balance party proportionality with local representation. But we need to talk about what we truly want from our voting system – and understand the compromises built into different models – before we pick a favourite.

What’s clear is that first-past-the-post, or “single member plurality” voting, rewards intense partisan gamesmanship in a way most of us find distasteful. A large majority of Canadians want something new. In the Broadbent study 9 per cent said they wanted the system changed completely and 33 per cent favoured “major changes”. A further 41 per cent said they would support “minor changes”. Only 17 per cent were opposed completely.

So it seems the first challenge is to figure out what fundamental values Canadians want reflected in our democracy. Most of us would probably like to see more cooperation and less divisive politics. More women, younger MPs and a mix of representatives that reflect Canada’s diversity. Better participation rates in elections. Electoral systems can influence all of those outcomes, but so can other mechanisms:

The list of potential reforms could run for pages. That’s why we need to push for broad public input to collect ideas from all over the country, some of which will contradict each other. When we’re ready to design a replacement for first-past-the-post, Parliamentarians will need to balance these competing values in recognition of the fact that no voting system can deliver everything everyone wants.

Right now the debate is turning into “proportional representation vs. everything else,” which plays straight into the hands of the parties. Simply put, the NDP and Greens want PR so they can win more seats. The Conservative Party, in its current configuration, sees PR as an existential threat. They’re calling for a referendum on whatever is proposed, in the hopes Canadians get cold feet and opt for the status quo. With the Liberal caucus pulled in both directions, the government’s best bet is to get this over with quickly – to the detriment of a healthy public debate.

It’s up to ordinary people to take back this conversation from the die-hard partisans. Let’s slow down and figure out what our goals are in this process, starting from the values we share. Only then can we talk about the compromises we’d be willing to accept in the process of designing of a better voting system.

It’s that or another Galactic Civil War.