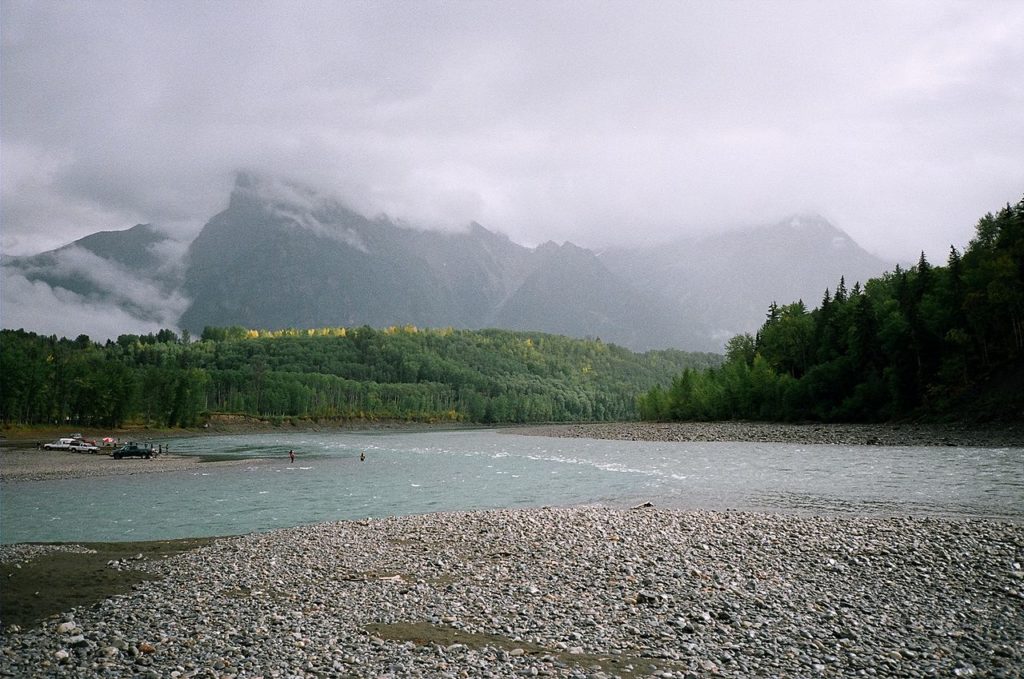 "What took you so long?"

Around a kitchen table in Fort Saint John, seven people are talking through their local Let BC Vote strategy when one asks me, “What took you so long to come to the Peace?” She’s one of several hundred longtime Dogwood supporters in the North Peace. The answer is simple: time. It’s a big province but I’ve slowly been covering all four corners since we launched the Let BC Vote campaign nine months ago.

This summer I traveled 7,063 kilometers and visited dozens of communities from Fort Nelson to Penticton. I sat down with hundreds of British Columbians who are ready to stand together for our land, air and water. And I learned a thing or two about this place we call home along the way.

In Prince Rupert, I asked a group of 11 residents why they wanted to organize with us. Irene started with, “I grew up in Usk. My dad ran the ferry there for 25 years. That river is everything.”

In every corner of this province there are regular people, from all walks of life, spending their evenings and weekends reaching out to their neighbours one door at a time, one community event at a time and one pledge signature at a time – because they know what’s at stake.

In Dawson Creek I met up with an old friend from high school. Dustin left Dawson Creek at 19 to work as a millwright in the oil sands and stayed in Edmonton for eight years. He quit last year and bought into his uncle’s farm in the Peace Valley.

He tells stories from Fort McMurray that make me cringe: unsafe work environments, lack of regulation and mountains of chemicals. He tells us his lungs hurt everyday, “Only partially from the smoking,” he smiles.

The peace country called him back to B.C. Two days after our visit he called me up, “OK, I’ve filled out all the pledge sheets you gave me! What next?” Before he hangs up he adds, “I’ll send your teams some flour that we’ve been milling here off the farm. All local, all organic. Makes the best bread you’ve ever tasted.”

I can hear the same tone in his voice that I heard from Irene – fierce love for this place we call home.

It would be easy to say these people are the exception and that most British Columbians don’t care enough to get on their feet when the most common response we hear when we talk about the citizens’ initiative or reclaiming our local decision making power is that it’s going to happen anyway – that there’s not much that we can do about it. But my experience in the northwest proves otherwise.

Several days later I’m marching down a sidewalk in Terrace with Brenda, a dedicated organizer in the northwest. “I knocked on a door in Copper Ridge last week and the lady who answered asked me what had taken me so long to get here,” she told me.

She’s been knocking on doors for months and tells me she’s collected enough stories from the people she’s talked to that they could fill a novel. “This is the antidote. It’s healing. People want to talk with each other about this. I love it – I’m addicted,” she says as we arrive at our launching location.

Brenda teaches just blocks from the street we’re canvassing and knows some of the kids who come to the door. Every person we talk to signs the pledge and a couple people even run down the block to get their grandmothers and uncles to sign.

I’ve never seen anything like this before. Entire neighbourhoods and communities are just waiting to have a conversation about what they care about, about the community they want for their children and their grandparents. The truth is that British Columbians care deeply about the outcome of the Northern Gateway project, about environmental projection, First Nations rights and title – and about their democracy. They’ve just never been asked to join in before.

This trip made me realize people all over this province are re-learning the lost art of engagement. We’re flexing political muscles that we didn’t even know we had. Our collective strength grows daily and fills me with hope.

Right now more than 300 organizers are building local teams in their communities. Collectively we’ve attended thousands of community events over the summer and logged tens of thousands of hours at the doorstep.

Teams are starting to use the skills they learned in the last nine months and are turning them toward working on the municipal elections coming up in November.

I’m going to let you in on a secret I learned this summer: British Columbia is going to become one of the most politically important provinces in this country and we’re going to do it our way. How do I know? Because you told me.