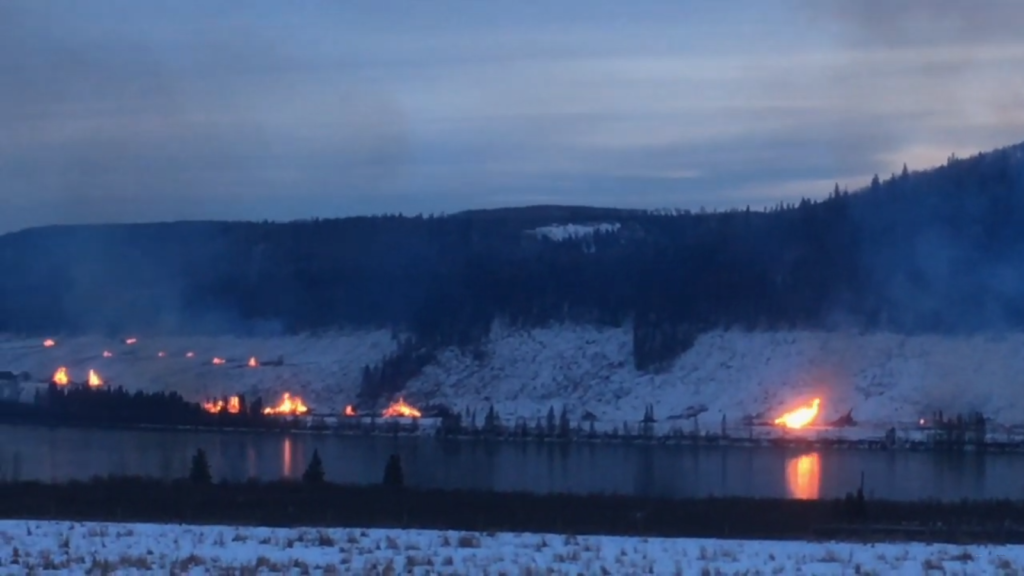 While the controversial project sits in limbo, BC Hydro inflicts irreversible damage

Premier Horgan is spending $3 million a day of our money on Site C dam construction while we all wait for the latest report on whether the sinking foundation problem can even be fixed. In fact, with more than $500 million spent on the project since this review started, this may be the most expensive dam review in history. Imagine what that money could be better spent on.

As a person who lives in the Peace River Valley, what I find most disturbing right now is the ongoing clear-cutting of the incredibly biodiverse old growth forest in the valley and its islands. A swath of destruction is slowly marching up the valley, in preparation for flooding of the 128 kilometre reservoir.

To see the trees and ecosystems in the path of BC Hydro’s logging crews, watch Ken Cosburn’s five-minute video:

Meanwhile, repeated calls for work to stop during this review period have fallen on deaf ears. In fact, both the NDP government and the opposition BC Liberals are basically not talking about the project, while the BC Greens are not getting any meaningful response to their inquiries from government.

A disaster for taxpayers and the environment

No matter what happens now, the Site C dam will go down in history as a disaster. Likely the easiest way out for Premier Horgan and his new majority government will be if the engineers cannot guarantee the safe completion of the project, leaving no choice but to scrap it.

However, that won’t bring back spruce and cottonwood trees that stood here before the colony of British Columbia was founded. This loss is just one of many reasons why Site C has the distinction of having the most “unmitigatable harms” of any reviewed project in Canadian history.

This destructive clear-cutting continues even as the project is being reviewed and may yet be cancelled. While most of the current expenditures on Site C are either at the dam site or on bridges, it is the ongoing clear-cutting that is causing the most environmental destruction at this time.

Most of this clear-cutting is within the Peace Boudreau Protected Area, but sadly, that “protection” was trumped by the Site C project. If not for Site C, all of that area would have remained protected.

B.C. has very little remaining old growth or primary forest, as documented by Conservation North with the newly released Seeing Red map. The few remaining areas supply us with a vast array of priceless ecosystem services that need to be preserved, especially in light of climate change with their capacity as carbon sinks.

The Peace River valley is much too valuable to simply carry on clear-cutting just in case Site C continues. Instead, logging in the valley needs to stop until a final decision on the project is made, and that long overdue decision should be to permanently stop Site C.

Ken Boon is the president of the Peace Valley Landowners Association.