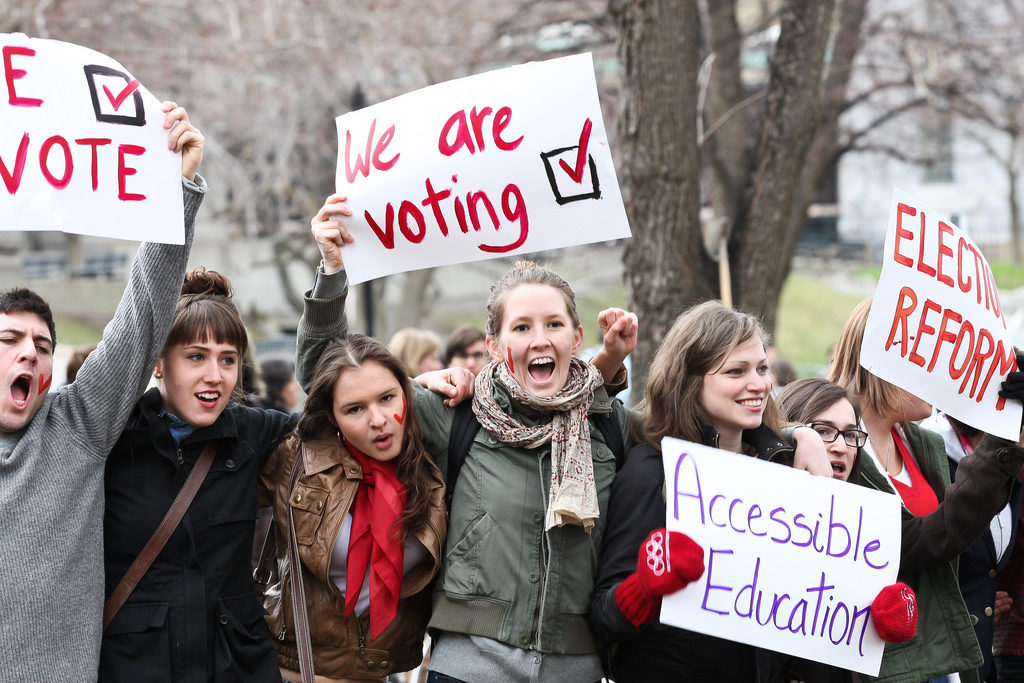 Too young to vote? Maybe not.

How many times have you heard someone say that politicians are “acting like children”? It’s a tired old cliche and frankly, it’s insulting to children.

I have the good fortune of leading workshops once in a while with high school students and I think politicians could take a few notes. The teenagers I know are more thoughtful, genuine and inspiring than many MLAs I’ve met.

Here’s another tired old cliche: “young people don’t vote”. Statistically, it’s true. But we don’t give young people much to vote for.

Take the BC NDP leadership race, for example.

So far only two candidates have entered the race: NDP MLAs John Horgan and Mike Farnworth. If you were reading newspapers in 2011, you might find those names familiar. That’s because both ran against Adrian Dix in the last BC NDP leadership race, and lost (update this morning: Farnworth just dropped out of the race to back Horgan).

You might remember what happened next. Adrian Dix (evidently the most popular and politically savvy of the three) went and lost in spectacular fashion to the BC Liberals led by Christy Clark. She’s the woman with the big smile who runs our province.

So what you have now is Horgan, the last man standing, asking for his turn to lead the party now that Dix and Farnworth are out of the way.

What would you say to a 12-year-old who asked you if there was any point casting a ballot?

Let’s back up for a second – did you know 12-year-olds are eligible to vote in the BC NDP leadership race? That’s right, as long as they sign up online before June 26, any party member 12 years old and up has an equal say in picking the next leader of B.C.’s official government opposition.

I’m not ready to ask a bunch of teenagers to join a political party. I’ve never done it myself. But you have to admit that young people skew toward collectivist, sustainability-oriented political movements more than parties built around economic growth and wealth protection.

The teenagers I know are compassionate. They deplore bullying and unfairness. They’re concerned about long-term, big-picture issues like climate change. And they’re hardwired to be optimistic.

In that sense, progressive politicians who want to win elections in the next couple decades should actively be trying to “act like children”.

A strategist might ask how many teenagers a second leadership candidate would need to win. The answer is, not a tonne: only 18,867 people cast ballots in the final round of voting that elected Adrian Dix.

Remember that many BC NDP members are deeply demoralized. Mike Harcourt who used to be the party leader is so sad and angry lately that he let his membership expire. The good news is, the fewer long-time party members participate, the fewer motivated new supporters a second candidate would need to win.

There are more than 300,000 people in B.C. between the ages of 12 and 18, most of whom are resigned to the fact that adults get to make the big decisions and they get to inherit the results.

What a rich, untapped constituency. If only there were a smart young campaign team that could get those kids signed up online – then give them something to vote for.

The deadline for a new face to jump into the race is May 1. That’s a few short weeks away.

Those who want to vote in the BC NDP leadership race this fall have until June 26 to sign up.

One more thing: the next provincial election is scheduled for May 9, 2017.