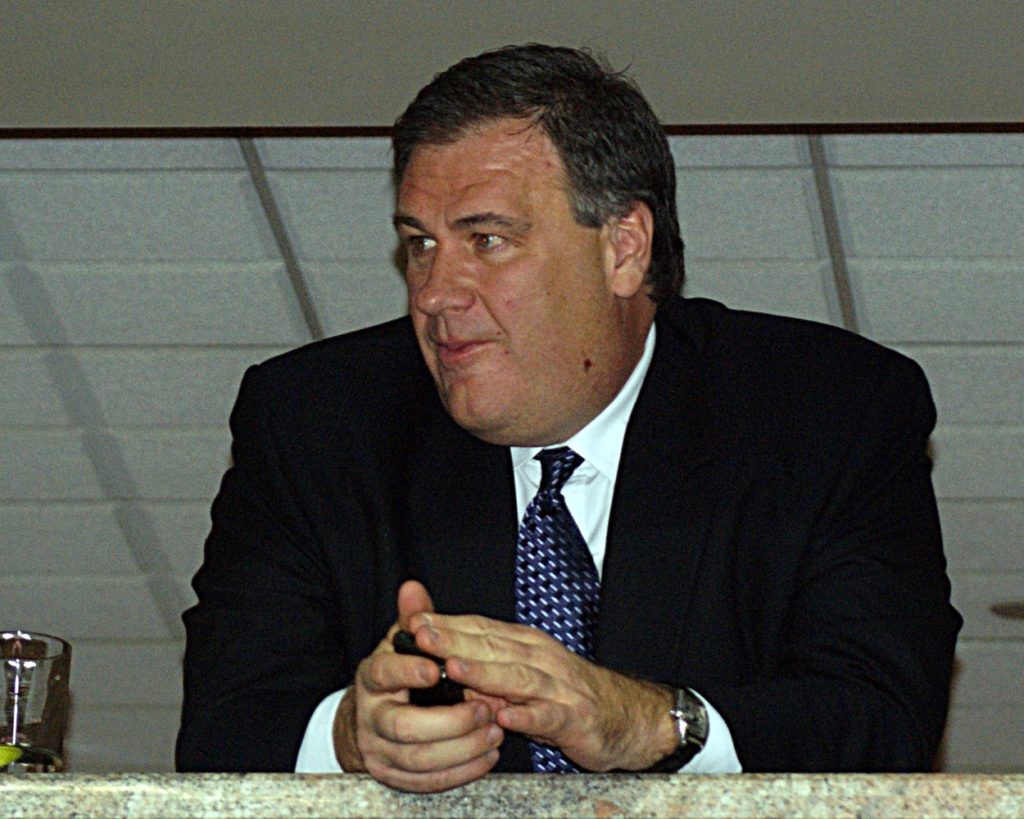 Murray Edwards is having a very good week, thanks to your tax dollars

What do the Calgary Flames hockey team, the Mount Polley mine and the Trans Mountain oil tanker project have in common? They are all propped up with public money – and they all stand to make billionaire Murray Edwards even richer.

The wealthy financier lists his address in London, England to pay less tax. But that doesn’t stop him benefiting from the largesse of Canadian taxpayers.

Calgary’s tax dollars up in smoke?

Last week, Calgary city council unveiled an eye-popping giveaway to the Calgary Flames hockey team, co-owned by Edwards. If the deal is approved, Calgary taxpayers will pitch in $275 million to build the NHL team a sparkling new arena.

Even the business community is up in arms. Since the 2014 oil price collapse, the city has scrambled to make up $1 billion in lost tax revenue. To compensate, they’ve resorted to hiking property taxes for business owners.

Now that cash is going to build a hockey palace for Murray Edwards and his oil patch buddies – while the city’s basic services crumble.

Before B.C. banned Big Money in provincial elections, Murray Edwards invested in friendly politicians, too. In 2013 he hosted a million-dollar fundraiser at the Calgary Petroleum Club for Christy Clark’s re-election bid. Six corporations linked to Edwards contributed nearly half a million dollars to the BC Liberals.

One of those companies is Imperial Metals, where Edwards is the controlling shareholder. In 2014 the tailings dam collapsed at Imperial’s Mount Polley mine, sending billions of litres of mine waste into Quesnel Lake and down the Fraser River. Not only was most of that waste never recovered – Imperial now has a permit to pump mine waste directly into Quesnel Lake.

Again, what little restoration work was done after the disaster was subsidized by taxpayers. British Columbians have paid nearly $40 million – and the place still looks like a moonscape.

The deadline to charge the company for destroying fish habitat is August 4 – five years after the dam breach. If no charges are laid by the long weekend, Imperial Metals and its shareholders will walk away from the biggest environmental disaster in B.C. history.

Of course if you or I dumped mine waste into a salmon stream, we would face huge fines or even a stint in jail. But not if you’re rich and well-connected. In that case, taxpayers pick up the bill.

Where does all that heavy oil go? Most of it can’t be refined in Canada – it’s too thick and gooey. So it goes to refineries in the U.S. that can chew through sour, high-sulfur crude. Guess who’s on the hook to build a massive export pipeline? That’s right, Canadian taxpayers.

The Trans Mountain Expansion would drain 890,000 barrels a day to a tanker terminal in Burnaby. Sure, it would cost us $10 to $15 billion to build, but it would be a boon to oil sands companies betting on the world burning more and more heavy crude.

That’s why oil sands producers, including Murray Edwards and CNRL, have lobbied so aggressively to build Trans Mountain. It’s another massive public subsidy to companies that just saw a $2 billion boost in earnings thanks to corporate tax cuts.

Welfare for the rich

The “Welfare Queen” is a mythical figure in American culture. It was a racist, sexist trope used by politicians like Ronald Reagan to demonize poor people and pave the way for cuts to social programs in the 1980s and 90s.

But in a country like Canada, where the wealthiest are making record profits and still receiving billions in subsidies, the Welfare Queen may not be a myth at all. Perhaps they’re flying on private jets, cozying up to politicians, and maybe even taking up residence in different countries to avoid the tax man. Of course, when it comes to collecting handouts – they’re first in line.

Tell the B.C. government to reject Murray Edwards’ latest scheme –
an open-pit gold mine next to Manning Park, in the headwaters of the Skagit River.

2 Responses to “Meet Murray Edwards the luckiest billionaire in Canada”